Jaime Abello, the man whom García Márquez authorized in writing to use his name and warned him: “But never make a mistake” 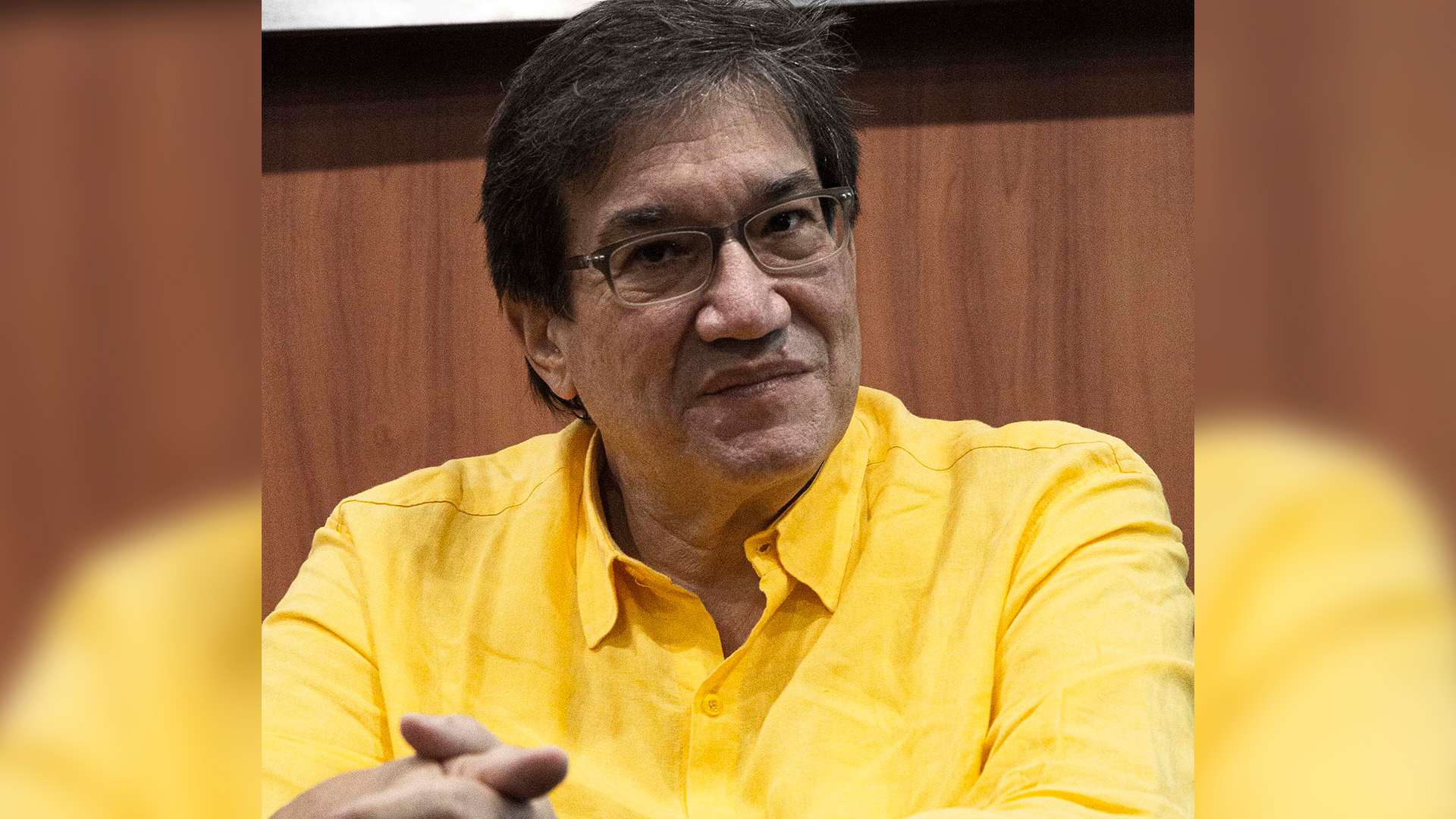 The president of the Gabo Foundation wears a yellow shirt. Is it an anecdotal fact and of a minor journalistic value? Can be. But let’s see the context.

As is known, not all speeches, not even a minority of speeches, are memorable. Speeches abound: from the familiar and intimate one that ensues to blowing out birthday candles and the unison request: “Let him speak, let him speak!” to Fernando de la Rúa’s speech declaring a State of Siege in 2001, which determined the fall of his government. Between one and the other, thousands, millions of speeches every day.

However, there are oratorical pieces that remain forever in the social imaginary, either by the force of their sentences “I will say to this House, as I have said to those who have joined this Government: ‘I have nothing to offer but blood, toil, tears and sweat’”pronounced by Winston Churchill months after the start of World War II and remixed by popular culture in a shorter and more forceful: “Blood, sweat and tears”.

Other speeches are remembered as entire pieces. From the acceptance speech for the Nobel Prize for Literature delivered by Gabriel García Márquez, read in a guayabera by the writer in Stockholm in December 1982 (this year will be the 40th anniversary of the award), there remains a block memory, like a powerful piece, of political denunciation in hard years for a Latin America plagued by dictatorships, with the force of a forceful journalistic text and with a vindication of poetry and literature.

“García Márquez may have been politically radical at one time and less so at others; but what he always was convinced of the need for cultural political autonomy in Latin America”

Jaime Abello arrived in Argentina to participate, among other activities, in the Gabo Foundation’s homage, which he chairs, to that speech, at a table that had him as a participant along with Gloria Rodrigué – the first editor of One hundred years of solitude– and Rodrigo García Barcha, son of the writer and Mercedes Barcha, in video connection via streaming, coordinated by Ezequiel Martínez, director of the Book Fair.

Abello wears a yellow shirt and tells Infobae Leamos at the beginning of the interview: “It is my personal uniform when there is a moment of celebration of Gabriel García Márquez. It is the yellow of the flowers that Gabo liked to put on the desk or the yellow butterflies of One hundred years of solitude. I didn’t bring a guayabera because it would have been too much for the autumn cold of Buenos Aires”.

-If you had to point out the concepts that García Márquez highlights in his Nobel speech, what would you say?

-For me there are two central elements. On the one hand, the affirmation of the prevalence of life over death and catastrophes and tragedies. There is a call to believe in life, it is of an incredible humanism. And the second, definitely, is a call for what in the end is the true position of coherence in García Márquez with his entire life, because he may have been politically radical at one time and less so at others; but what has always been a conviction of the need for cultural political autonomy in Latin America and this is a new call for that need for Latin Americans to believe in themselves, but also to respect other cultural systems or civilizations our search, because we are a continent in search. Looking at Latin America from a European perspective could simply be distorting.

–It is interesting because it begins in a way that could be said to account for magical realism and ends in a powerful way as a political denunciation.

-It shows us that García Márquez’s style evolved in journalism, clearly. I would say that his first journalism is a writer’s journalism. Over time, a book like news of a kidnapping It is a much more rigorous book, which does not allow literary licenses, which is more aware of the responsibility that the journalism reading pact implies. When García Márquez created the Foundation, he insisted that the three pillars be research, ethics and the idea of ​​public service in journalism. When we started with the Foundation, one of the things he did in class was read excerpts from News of a kidnapping and clearly explain each of the sources. It is very important to realize that the style of journalism is the service of information. Then, as in the speech, it evolves into a journalism much more attached to rigor. And he ends up appealing to poetry. Once I asked Ryszard Kapuscinski, and then I asked García Márquez the same question, what discipline better trained someone to do good journalism and narrative journalism, but above all journalism, and both of them answered me incredibly the same: they told me that the poetry. So all the elements are in the speech. When we talk about magical realism it is very important to think about realism first and then about magic, because people tend to look at the magical side of the work and forget all the density of research or origin that the themes have. in the reality.

–He came for several activities besides the table about the speech, right?

-Sure. And it is a joy to return to Argentina. I was used to coming every year and this is my first trip after the pandemic. We organized a workshop with the Book Fair for the first time and it is the workshop that Jorge Carrión gave on cultural journalism in these times. In addition, I came to invite Argentine journalists to participate in the Gabo Award, which is being held this year for the tenth time and which has a new open call in which we have modified the bases and in which we have expanded the number of categories. One of the things we want is a return to face-to-face attendance without losing the achievements of virtuality, since there is no doubt that there are good things in having already definitively adopted the technologies of virtual meetings, virtual workshops, webinars, but the The experience of the direct, personal encounter is very important. We held two virtual journalism festivals that, for example, were able to afford to work with different niches since not all topics are of interest to everyone and people connect according to function and that’s it. Some of the formats were very successful, such as the master classes. Now we return to face-to-face, without discarding what we have learned. There are ten continuous years, including the two virtual ones, of the award and the festival. 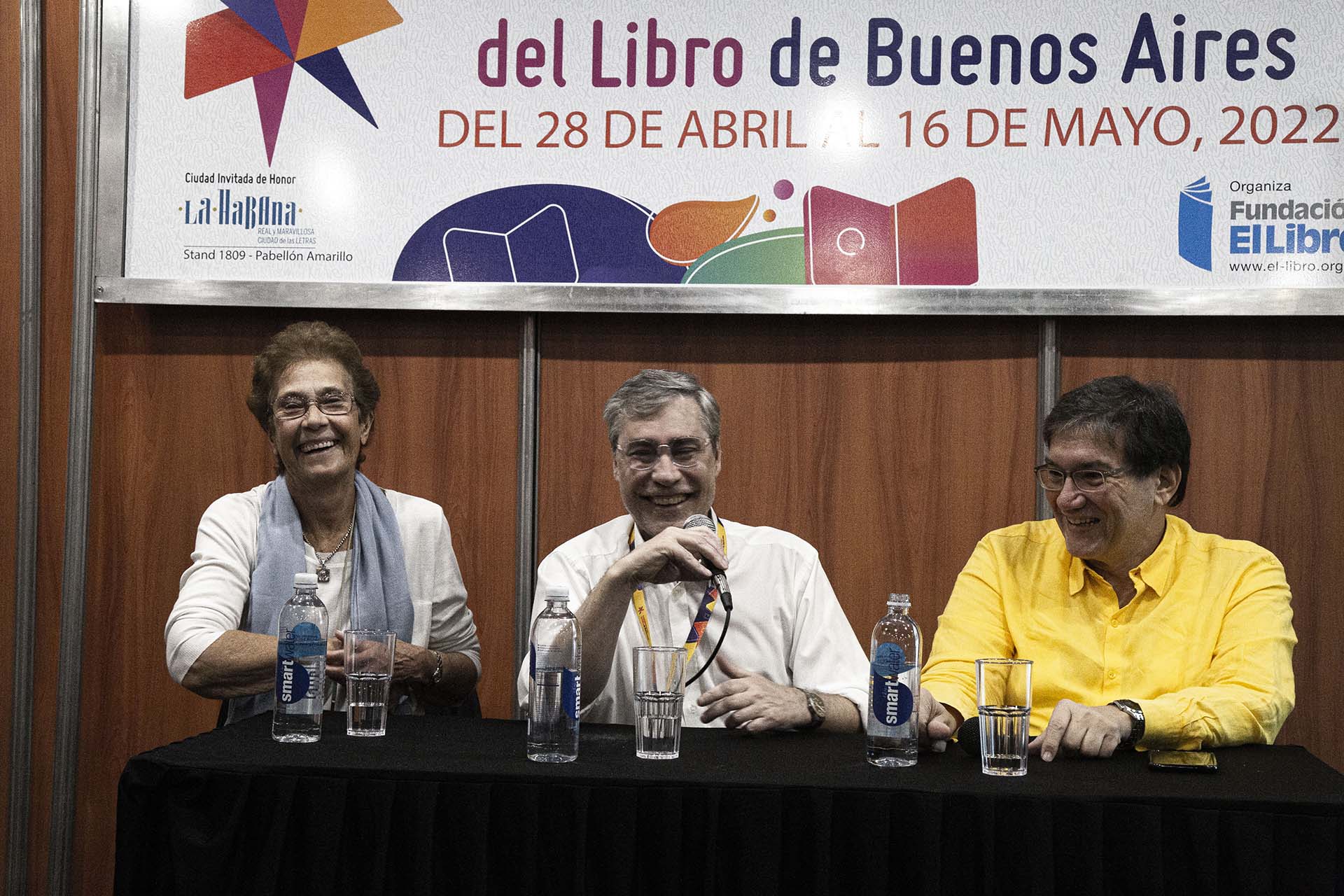 –It is an award that seems to always have antennas connected to what is new in journalism, as happened with El Faro in El Salvador, or Radio Ambulante in the United States.

-Journalists from Paraguay or the case of eldiario.es, from Spain, which had an interesting model, have won. A great challenge today is the sustainability of journalistic endeavors and one of the most important functions of the award is to help make this visible. The award is not only made to recognize, but to make visible, to stimulate and to point out references. It is an award that has a function of updating, renewal and pedagogy. When García Márquez linked me to the Foundation, he asked me to accompany him and I assumed the management, once he told me: “You can use my name”, he gave me a license to use his name with a notarial authorization signed by him and his wife Mercedes because we wanted to have the legal guarantee that it would be used freely, but he told me: “Use my name but never make a mistake”. That is a tremendous mandate, so we try not to make mistakes in the sense of honoring that responsibility that the award carries with the name of Gabriel García Márquez and so we have a team and very clear, very strict rules. There is a team, there are several rounds of juries and there is also the Governing Council. I think the reason why it is successful is a little because of that commitment to the search for quality and the commitment to excellence.

-How do you see the changes in journalism at this time?

–The possibilities of information are now conditioned by competition for time and public attention. In this sense, one of the essential challenges in the future of journalism is impact, that is, how to make oneself felt, how to have an effect on the public, how to summon audiences, how to develop communities of followers, how to generate waves, because we are so saturated with information that it is very difficult to achieve that impact. It is one of the most important challenges that journalism faces today, as much as the viability of the media from an economic point of view. Or the good use of technology tools in a creative way. Or freedom of expression and safety at work. Today communication has become an essential political tool and that tool is applied in the midst of a war of narratives. We are seeing it, for example, in the great communication struggle that represents the way the war between Ukraine and Russia is seen. In Russia, internally, they have managed to create a kind of information isolation capsule through a series of measures including the silencing of critical media and many Russians really believe that the war is for the liberation of the Ukrainian brothers in the face of the Nazification of that country. . Zelensky, on the other hand, has turned out to be a formidable political communicator who has galvanized the agenda, at least in the West, of how to interpret this war. So there is a fight of colossi in communication. That is happening at all levels everywhere.

-In Colombia we are in the electoral process and the communication struggle is impressive, the versions that one or the other installs and, of course, with huge teams that are responsible for propagating certain versions, promoting hashtags on social networks or spreading rumors. . Some governments increasingly see critical journalism as political opposition and do not accept the role of independent journalism. We see it in the case of a politician who is a formidable technological demagogue like Bukele in El Salvador and is stifling the independent media. We are really entering a complicated era because in this war of narratives, journalists end up being crushed. We are in an unprecedented battle because it is the mixture of all the problems: the mixture of the challenge of economic viability, of digital noise, with governments that tend to be intolerant and that use technological silencing, digital harassment, espionage and hacking through networks. But no matter how much false news there is, when there is an investigation and well-told and serious information, the light ends up coming out. And the truth, sooner or later, ends up spreading as it should.