Is it mandatory, is it confidential, is it a holiday?: 22 doubts about the 2022 Census 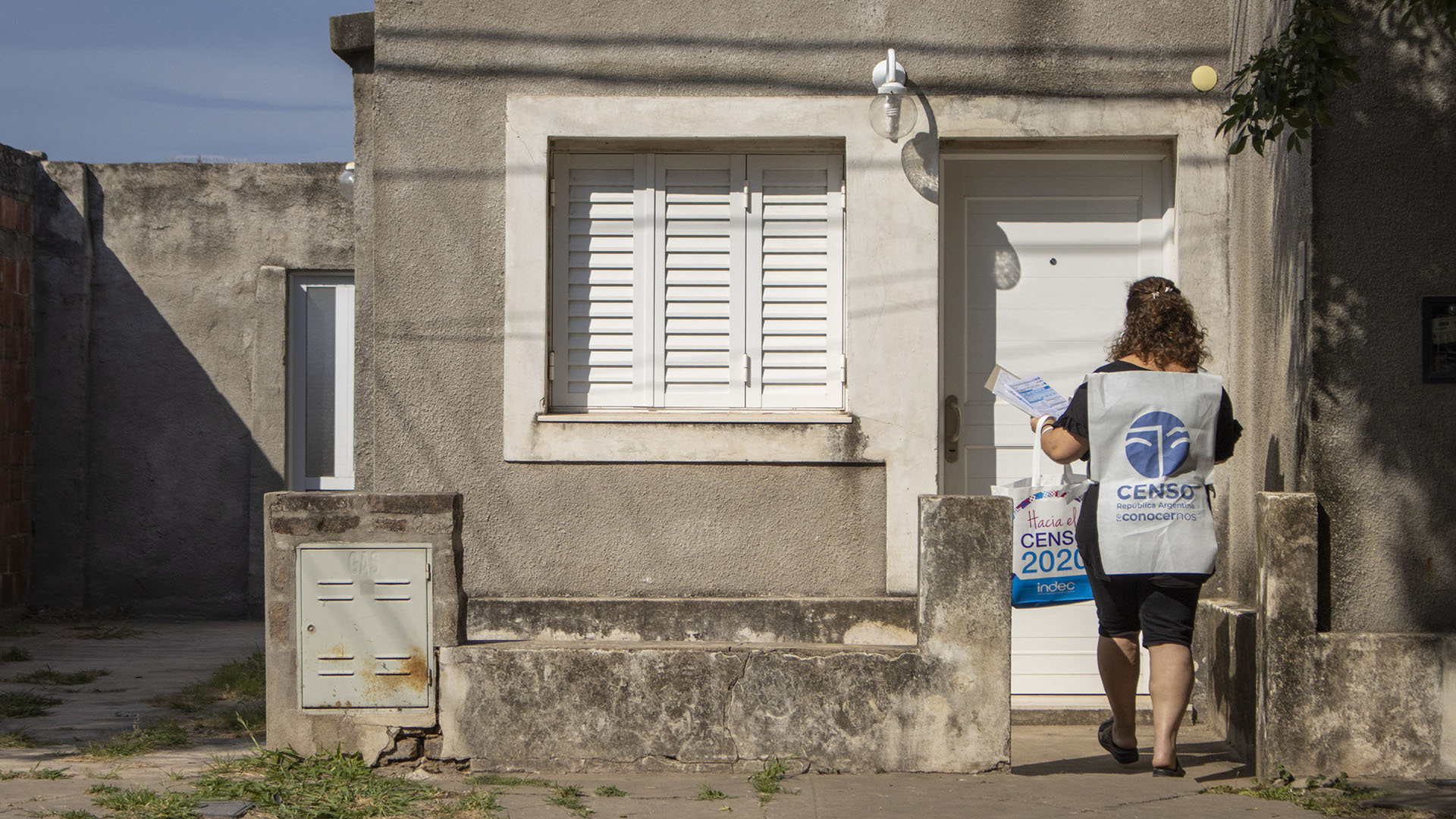 More than 15 million homes and more than 45 million people are expected to be registered. According to the forecast of twelve years ago, the Argentine population would be 46,800,000 citizens in 2020

On Wednesday, October 27, 2010, at 9:15 in the morning, Néstor Kirchner died at his home in El Calafate. An hour before, the tenth National Census of Population, Homes and Housing in Argentine history had already begun throughout the country. 4,218 days have already passed -and a pandemic- and another three days will have to pass before a new population survey is carried out on Wednesday, May 18, 2022. “It will be possible to know how many we are, how we are and how we live”, defines the National Institute of Statistics and Censuses (Indec), responsible for coordinating the program.

It is the first bimodal census: digital and face-to-face. This modality is expected to be a transition to a fully digital census. The system, although simple and intuitive, has some uncertainty. The last census occurred twelve years ago: the reference is not fresh. The 2022 census official site offers a subdomain dedicated to answering common questions: the classic “frequently asked questions”. The service also has a telephone line (0800-345-2022) that will remain open from 6 a.m. to midnight, Monday to Friday, and from 9 a.m. to 9 p.m. on Saturdays, Sundays and holidays.

The option to respond virtually to census questions expires at 8 a.m. on Wednesday, May 18, just as in-person visits formally begin. There are always doubts. The obligation, the confidentiality, the holiday, the loading time, the alphanumeric code that must be given to the census taker: answers to questions about the 2022 Census.

The option of uploading the information through any digital device with an internet connection is valid until 8:00 a.m. on Wednesday, May 18. That day, from eight in the morning until approximately six in the afternoon, the face-to-face census will be carried out, the real “census day”. Those who have not answered the online questionnaire will be able to answer the questions in the direct interview with the census taker.

2- Do I have to be at home if I have already completed the digital questionnaire?

Yes. The digital census does not replace the traditional census: what it does is reduce visit and data processing times.

3- Why do I have to wait for the census taker if I have already completed the digital questionnaire?

Basically to give you the six-digit alphanumeric code that the system delivers at the end of the online process. “Although the Census includes the possibility of online self-censusing, the method still considers that a census taker visits each home to ensure that the entire population, households and homes in Argentine territory have been counted,” they say from INDEC.

4- Do I have to print the proof of completion of the procedure?

It is not necessary to print or display it. You just have to show it or announce it orally to the census taker when he visits the house on the day of the census so that he can register it in the data upload program.

5- Is it necessary for the census taker to enter my home?

No. The authorities suggest that the questions be answered from the door of the house for reasons of health prevention.

6- How do I recognize the census taker?

The census taker will wear a bib, a bag with the logo of the operation where they will carry the questionnaires and a credential with their name and surname that accredits them as INDEC envoys.

7- What happens if I am not at home on the day of the census?

It was decreed that this day be a national holiday to guarantee the functioning of the survey. It is not necessary that all the people who are registered remain in the dwelling, with a person over 14 years of age being able to answer all the questions is enough. In the event that there is no one, the delivery of the proof of completion to the census taker can be coordinated with a neighbor if they have carried out the digital census. If the person is not directly in the house and did not complete the online questionnaire, that house will be counted as empty.

8- Is the census day a holiday?

Yes, the National Congress declared a national holiday on Wednesday, May 18, 2022, according to Law 24,254, so that all people can be counted in the place where they usually reside, avoiding displacement of the population. “On Census Day, between 8:00 a.m. and 8:00 p.m., theatrical performances, cinematographic exhibitions, sports competitions and, in general, all kinds of shows and public meetings in the open air or in covered venues cannot be held. Restaurants, confectioneries, beverage outlets and the like, delicatessens, bakeries and, in general, all businesses selling food and beverage items and clubs, will remain closed until the indicated time,” the rule provides. 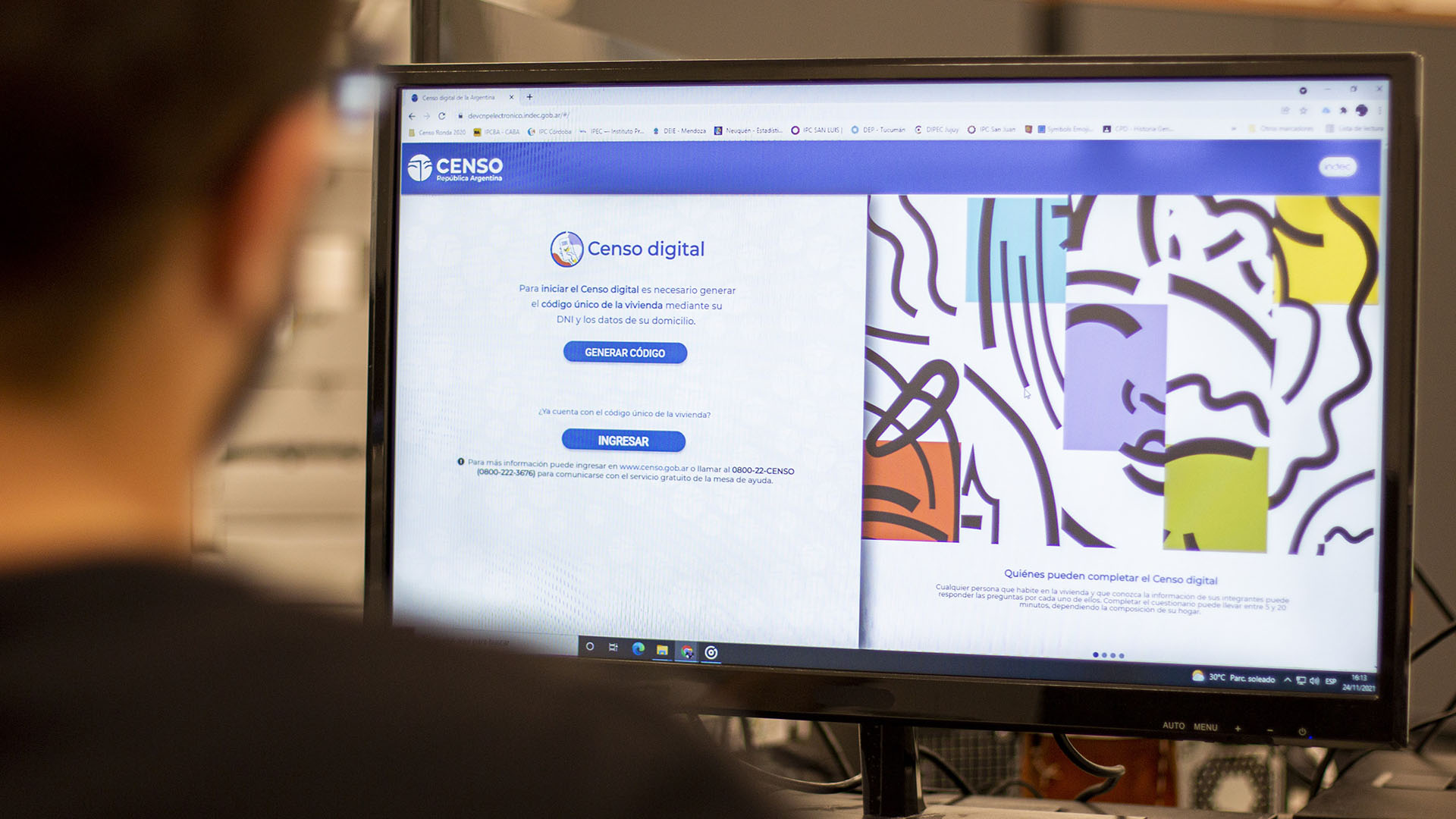 The digital census will be enabled until Wednesday, May 18, 2022 at 8 a.m. That day will be Census Day, declared a national holiday through decree 42/2022

9- Is it mandatory to do the census?

Yes. “All the people who inhabit the national territory have to answer the questions included in the census questionnaire, according to article 17 of Decree 726/2020”, they explain from the Indec.

10- What is the difference between housing and home?

“For the census, a household is the person or group of people who live under one roof and share their food expenses. For example, two people who live together and share the rent, but each one buys their own food must be registered as two households within the same dwelling”, is the explanation of the body in charge of carrying out the survey.

11- Who should be registered in each household?

They are all the people who reside and sleep in the dwelling most of the time. The INDEC instructions define that majority as four days or more per week.

12- How long does it take to load the data online?

The load of information will depend on the number of members of the household, but it is presumed that it should not last more than ten minutes.

13- How many questions are there?

There are, at most, 61 unique questions for all the inhabitants of the country. In the 2010 census, there were two modalities: the basic and the extended one. The basic one was general and had 35 questions. The expanded one was answered by 10% of the population and involved 67 queries. The 61 questions of the 222 census are divided into two modules: that of the household – regarding access to services, housing characteristics, among other conditions – and that of each member of the household. In the printed form there are twelve pages and the order is altered in the online forms to speed up the loading. In turn, there are new questions and language changes compared to the previous census.

14- How are the sons and daughters of separated parents registered?

They should be registered where they live and sleep 4 days or more a week, even if they also have another home. If they spend a week in each household, the most correct answer, according to the INDEC recommendation, is the household in which they are on that Wednesday, May 18.

15- How should the elderly who live part-time in nursing homes be registered?

It corresponds to the reference of collective housing, those intended for the accommodation of people who live under an institutional regime and not under family standards. These dwellings are regulated by rules of coexistence of an administrative, military, religious, health, seclusion, work, education, etc. nature. They can be barracks, religious homes, hospitals, nursing homes, prisons, camps/workshops, student residences, schools or boarding schools, homes for minors and tourist hotels. If these people live in collective housing for four or more days a week from May 18 as interns, internees or guests and do not regularly return to a private home, they must be registered by whoever visits the establishment.

No. “The census questionnaire does not request a DNI. The document number, together with the day and month of birth, is a temporary screen used to verify that the person who is going to answer the digital questionnaire is a real human person and not a robot, old enough (from age 14) to answer on behalf of all household members. Validation is required only for entering the census questionnaire and safeguarding your information”, they explain from the Indec. Nor will it be necessary to present it on the day of the face-to-face census. Even all the people who habitually reside in the country, whether they have an ID or not, are registered. The questionnaire does not even ask for surnames since statistical secrecy governs: all information is confidential and will be provided in aggregate form. 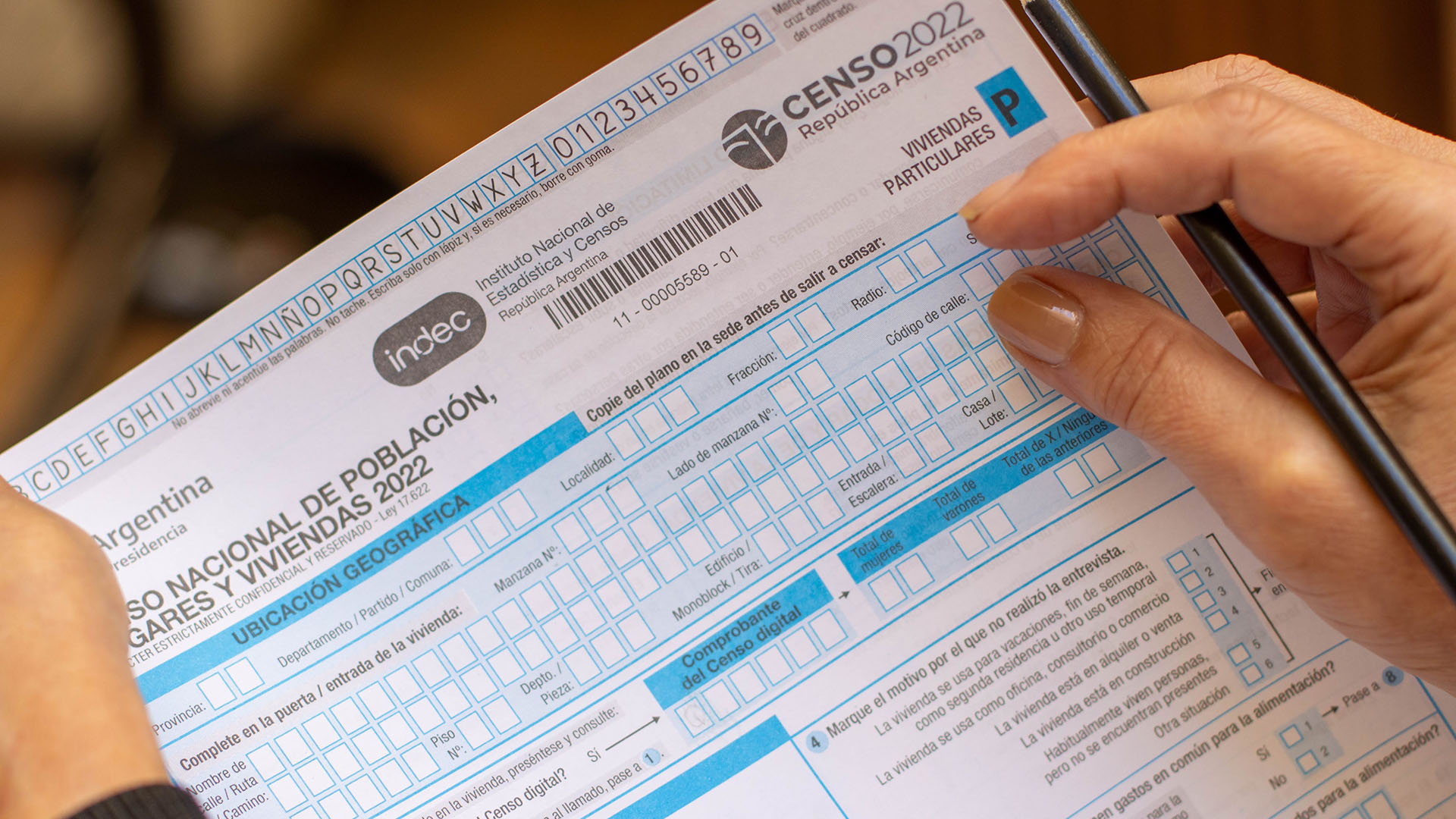 The IDs or the surnames of the people registered are not requested: from the official body they ensure that all the information is confidential and will be provided in an aggregated form

17- Should foreigners or Argentines who are temporarily in the country be registered?

The INDEC responds: “You only have to take a census of those who resided in the country during the last six months or if they plan to establish residence for the next six months.” The census deals with counting all the people who inhabit Argentine soil.

18- How is it determined who is the head, the head or the reference person of the household?

“The head, the head or the reference person of the household is the person recognized as such by the other members of the household. Based on this role, the relationships or kinships of the people who live in the home are determined and ordered”, they respond from the census website.

19- What happens if I forgot to register a person in the online process?

In that case, you will have to tell the census taker when he visits the home on May 18. “It is important that all people are counted,” say the authorities.

20- Can the answers in the digital questionnaire be edited or corrected?

Yes. It is not necessary to complete all the questions on the first login. The system allows you to save the load and re-enter it through the unique housing code. There will be no turning back when the button “end census” is pressed at the end of the questionnaire. Once the system issues the six-digit alphanumeric code – proof of completion – the answers entered can no longer be edited.

In the online load there are automatic mechanisms to check erroneous data that will not allow the form to be completed until they are corrected. In manual loading, not so much anymore. “The census has a romantic touch and in Argentine society there is awareness of its importance. The vast majority of people lend themselves to answering in a good way ”, they validate from the organism. They say, in turn, that since it is a survey of millions of people that yields statistical and percentage data, false data is not enough to alter the equation.

22- When will the results be available?

On Thursday, May 19, 2022 -the day after the face-to-face census- the Indec plans to report how many inhabitants live in Argentina. Three months later there will be a preliminary estimate of the basic rates: sex, ages, population according to regions. Eight months later, the first definitive data will be communicated and after a year and a half the processing of all the variables will be completed with the scanning and decoding of the main economic activities of each household.

How to complete the digital census: 7 simple steps to answer the online questionnaireMore than 8.5 million people have already registered for the Digital CensusThe surprising story of the first national census: an illiterate majority, an unpopulated country and more healers than doctors