In Turkey, President Erdogan is increasingly repressing his opponents 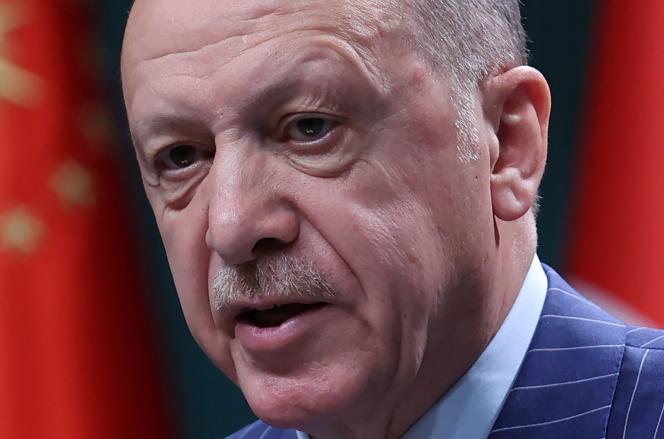 Prosecuted, convicted, threatened with ineligibility, the political opponents of Turkish President Recep Tayyip Erdogan find themselves in the crosshairs of justice about a year before the presidential election, scheduled for June 2023. Main opposition party, the Republican Party of the People (CHP) is particularly targeted.

Canan Kaftancioglu, its representative for the city of Istanbul, was sentenced on appeal, Thursday, May 12, by the Supreme Court to four years and eleven months in prison for “insulting the president”, “insulting the public service” and ” insult to the Turkish state”.

The charges against her were established on the basis of tweets published between 2012 and 2017. In one of them, the opponent criticized the lack of an investigation into the death of Berkin Elvan, a 14-year-old boy, affected killed by a tear gas canister during anti-government protests by the Gezi movement in 2013.

“We will breathe together when we restore the rule of law,” wrote the opponent on Twitter when the verdict was announced. The mayor of Istanbul, Ekrem Imamoglu, for his part denounced a “political decision”. “I’m behind our president,” he tweeted Thursday.

Left free for the moment, Canan Kaftancioglu nevertheless finds herself ineligible, which penalizes the party on the eve of crucial presidential and legislative elections. Increasingly criticized for its poor economic governance (70% inflation), the Islamic-conservative government fears the rise of the opposition, united around a common project, namely the abolition of the absolutist presidential system. set up by Mr. Erdogan.

Since the beginning of her legal setbacks, the opponent, 50 years old and a medical examiner by training, denounces a “political trial” aimed at punishing her for her role in the victory of the opposition in the municipal elections in Istanbul in 2019. Islamo-conservatives of the Justice and Development Party (AKP), founded and led by Mr. Erdogan, have never digested the loss of Istanbul in the spring 2019 municipal elections, won by Ekrem Imamoglu, the candidate of the CHP.

Canan Kaftancioglu had played a decisive role in his victory. She was, according to the pro-government press, “the woman behind Imamoglu”. “Since then, the AKP has hung a target on my back,” she told Le Monde in 2021.

“Erdogan is stepping up the crackdown as he is losing ground due to the mounting economic crisis. The AKP is trying to get revenge for losing Istanbul by sending Canan Kaftancioglu to prison,” Seren Selvin Korkmaz of the IstanPol think tank commented on Twitter on Thursday. The conviction of this ally of Ekrem Imamoglu illustrates the authorities’ desire to weaken the mayor, given by the polls as the politician most likely to dethrone President Erdogan in 2023.

You have 38.96% of this article left to read. The following is for subscribers only.