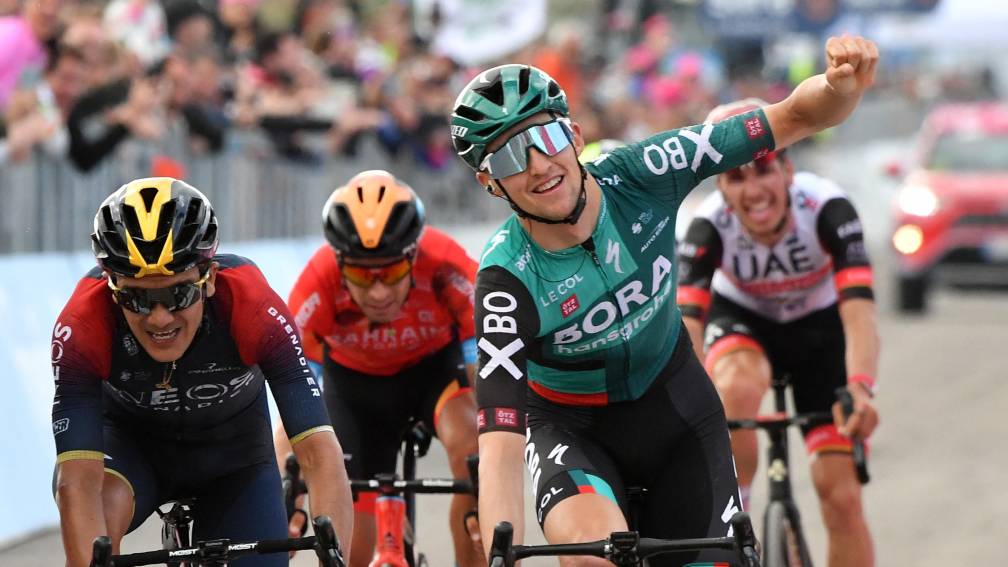 It soon became apparent that the pace for Simon Yates (BikeExchange), the winner of the first time trial and fifth in the standings, was too high. Wilco Kelderman was also unable to follow. As the line got closer, the leading group slowly thinned out.

At five kilometers from the finish, eleven men were still in the leading group with big names, such as Carapaz, Bardet, Mikel Landa, Vincenzo Nibali and Alejandro Valverde. But Bardet’s 22-year-old teammate Arensman also kept up with the big men.

Shortly afterwards, Carapaz thought it wasn’t going fast enough and he attacked. Only Landa and Bardet could follow, the rest of the leading group dropped out or hung on the elastic by hanging and strangling.

But thanks to the poker play of the three escapees, João Almeida (UAE), Domenico Pozzovivo (Intermarché-Wanty) and Hindley (Bora) were able to return to the front. The six of them headed for the finish, where Hindley proved to be the strongest in the sprint.