Gloria Trevi postponed concert in Xalapa due to stage collapse 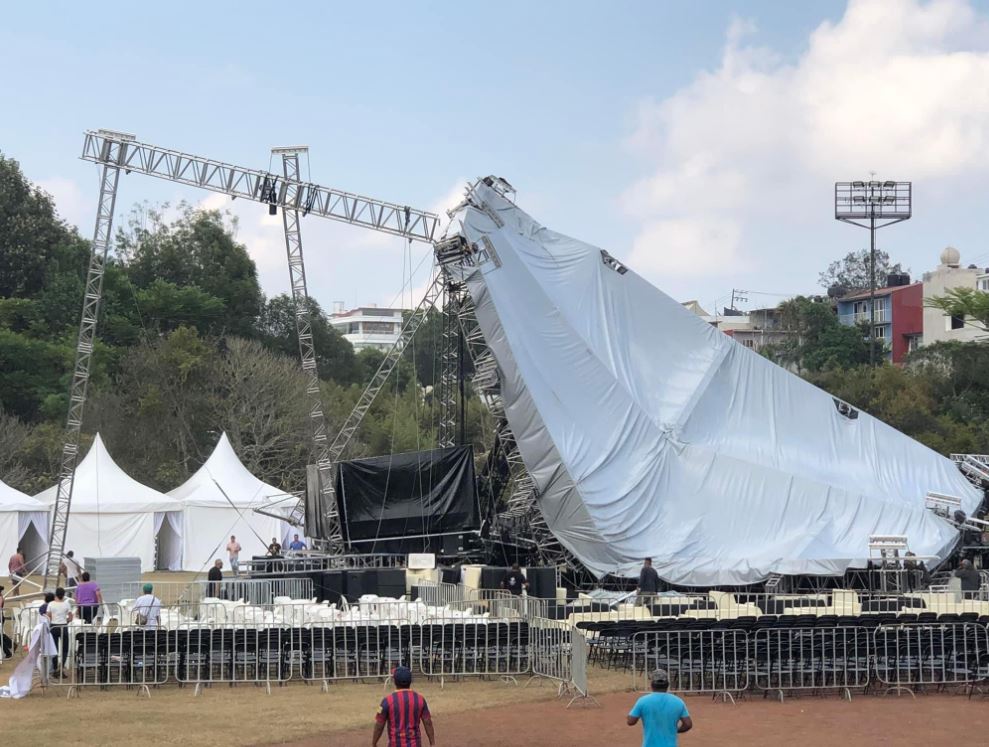 The structure of the Gloria Trevi concert in Xalapa fell apart, which caused the show to be toured (Photo: Twitter/@chulo_pap74)

On the afternoon of this May 14, Gloria Trevi reported through her social networks that the concert she had scheduled for this Saturday in Xalapa, Veracruz, will have to be postponed since part of the stage fell. The singer reported that there are no injuries.

As reported by users on Twitter, part of the stage that had been set up at the USBI Baseball Stadium for the Gloria Trevi show in Xalapa collapsed. The columns that supported the roof of the structure fell, leaving the singer without a space in which to sing.

“My race from Xalapa, due to a technical mishap, tonight’s show will have to be postponed, thankful to God that no one has been hurt… Soon my office will inform you of the new date on which this show will take place. event. As always, taking care of your safety “ 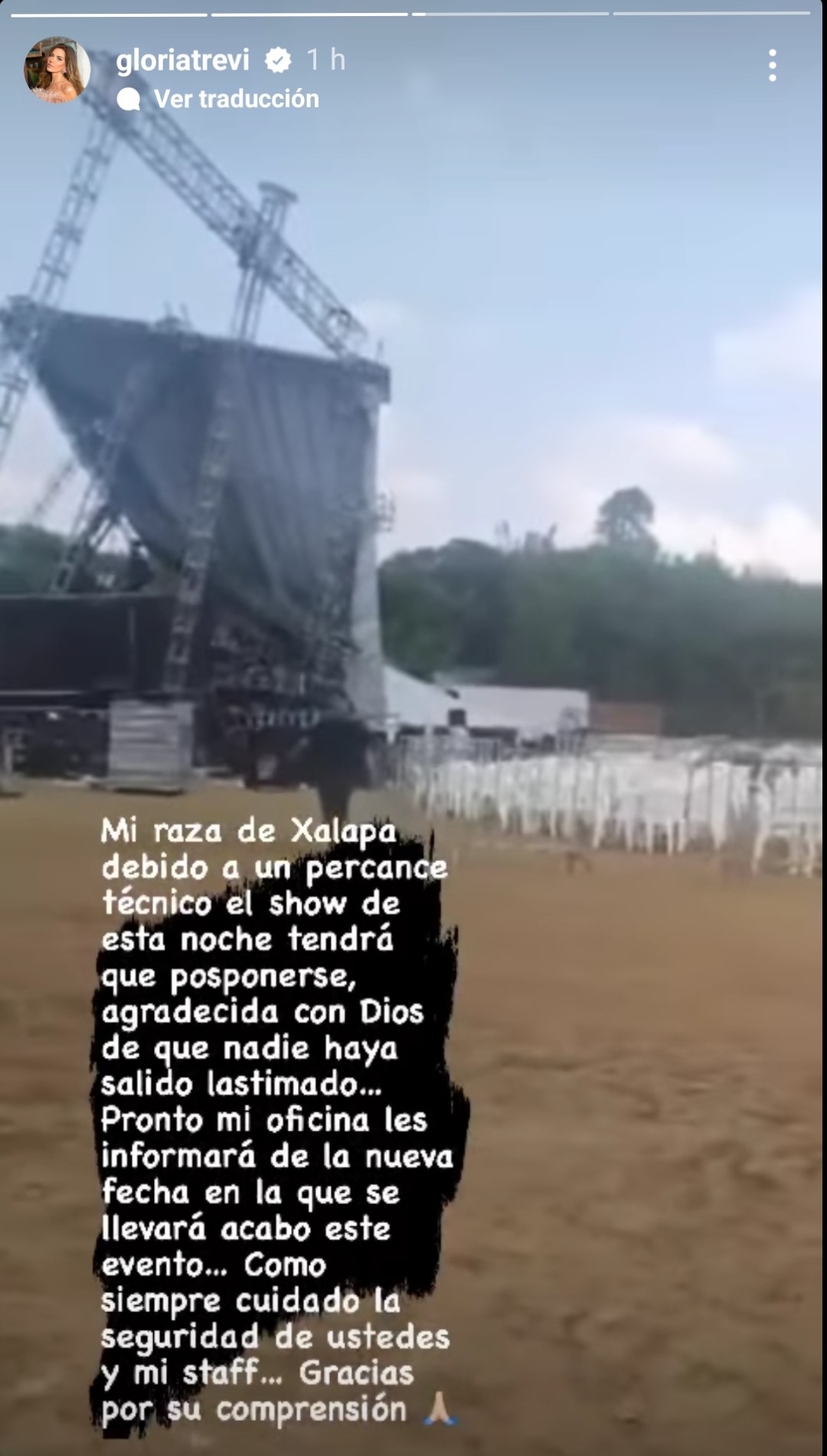 Trevi thought that he should completely cancel the show in Xalapa, but his team prepared a new way to bring “Isla Divina” to the public (Photo: Instagram/@gloriatrevi)

However, an hour after the stage collapsed, through a live broadcast on her Instagram account, Gloria reported that she will perform at the USBI Baseball Stadium, however, the event will begin at 11:30 p.m.

Likewise, Trevi mentioned that it was a previous accident soundcheknone of the members of his staff was inside the facilities and since the doors were not yet open to the public, he stated that there were no injuries.

“The truth is, that is something that we did not expect, but nobody is exempt from an accident. Thank God there were no injuries, which I think is the most important thing. No one from the staff, no one on stage, the public, well, we’re going to meet at night. Yes, because I have told them that we must move on, that we do not give up and in this case, we are not going to give up, “his message began.

Although he will no longer be able to present the same concert of the divine island that she has presented throughout her tour, since the stage was set up to suit her performance, reported that the show will take place thanks to the fact that her team set up another space where she can sing. 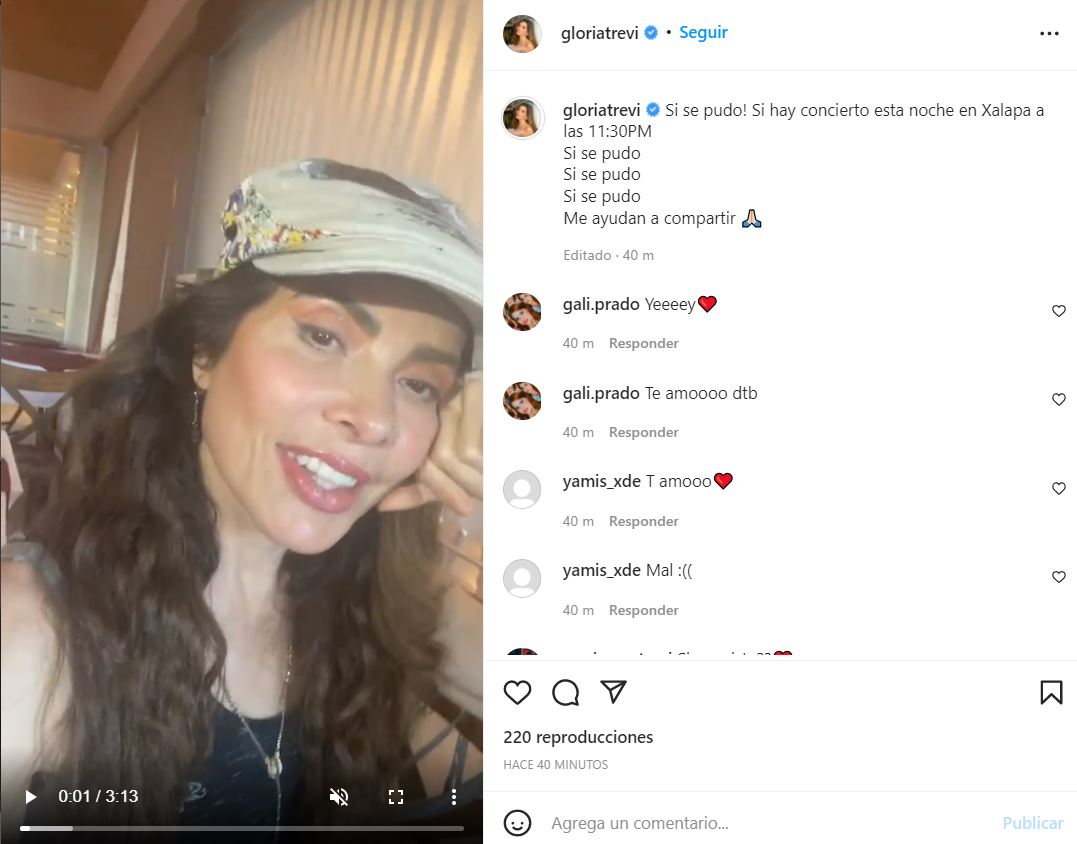 The singer confirmed that there were no injuries and that her staff prepared a new stage for her to appear in Xalapa (Photo: screenshot/Instagram)

He reported that, because the collapse of the structure was something completely unexpected, the show was toured for three hours, since it will not start at 8:30 p.m., as scheduled, but at 11:30 p.m.

“All those daring like your Trevi who want to be in a super alternative concert, see you there tonight, because the joke of life is to never give up,” he added.

Finally, he thanked his followers for the support they gave him, as he confessed that he experienced a moment of tension when the stage collapsed and he had to break the news that he might have to cancel his show.

“A while ago I was here with tears coming out of my eyes, but life has returned to my heart and I think the most important thing is to comply with all the security measures for the public, but also to bring them a lot of joy and we are going to have a lot of fun tonight” , stated the interpreter of Everyone look at me.

Gloria Trevi spoke about her experience with menopause: “Age should not define us”Gloria Trevi, intimate: “Music has saved me from being a bad person”Gloria Trevi will be a judge on “Drag Race Spain” and is thrashed on social networks