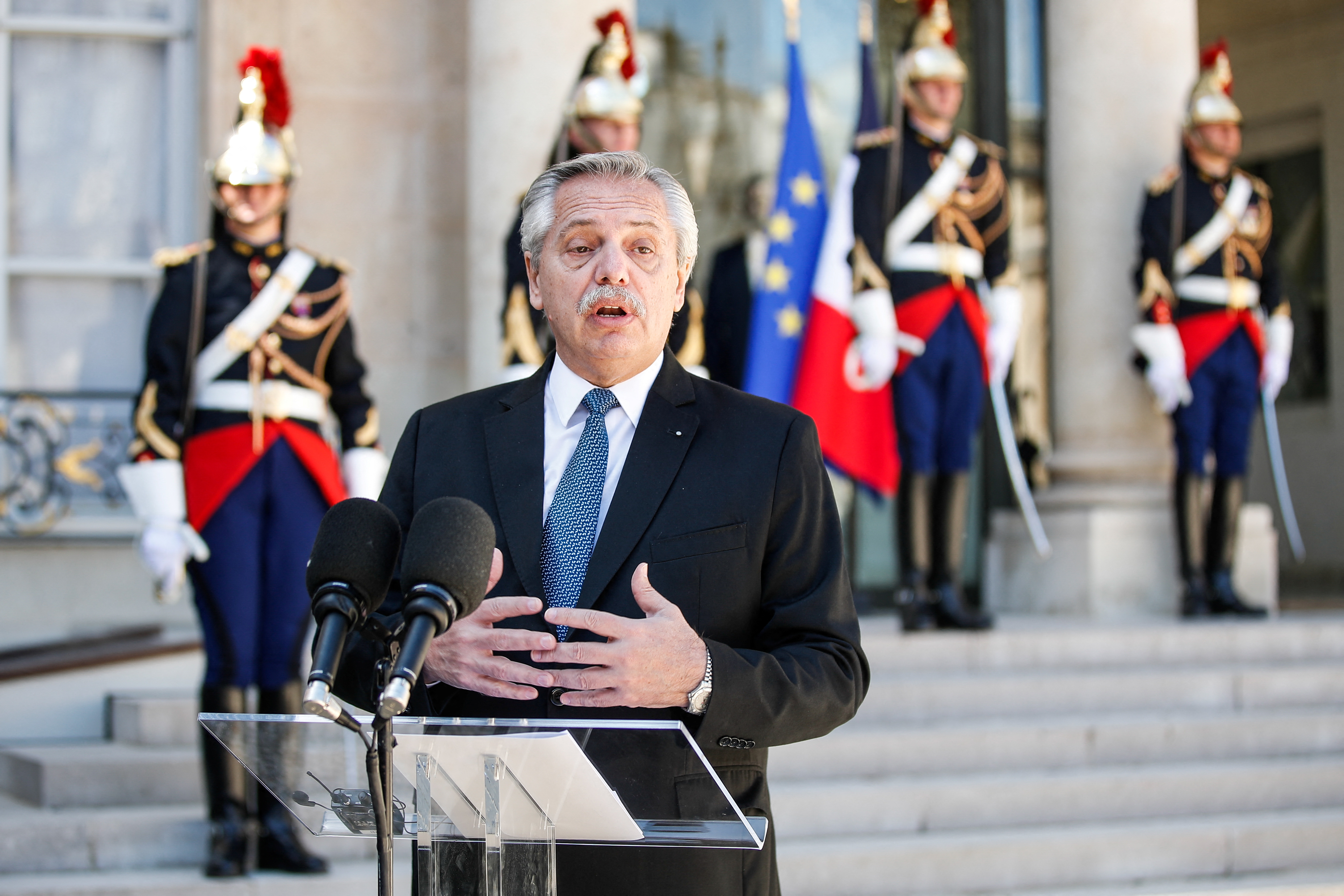 In the military field, which has historically provided many concepts that -by analogy- are used in political analysis, it is considered that the “counteroffensive” is a strategic offensive operation that, from initially defensive positions, seeks to stop the enemy’s attacks, forcing the latter to fall back into defensive positions. In other words, a strategic operation that allows to go from defense to attack.

Within this framework, the week closed with a great novelty in political matters: after months of uncomfortable silences and justifications in the face of recurrent and increasingly virulent criticism of hard-line Kirchnerism, President Alberto Fernández abandoned his passive position and -for the first time in two years- responded forcefully to the attacks and established a clear position against the “internal”. Given this, the question that arises is the following: is it a large-scale counteroffensive or is it just a one-off event?

Despite the packed agenda that awaited him on the old continent, which included bilateral meetings with three prominent European leaders -Sánchez, Macron and Scholz- Fernández was unable to exorcise the ghosts of internal violence that cross-cut his government and, finally, he accepted the recurring invitation to get into the ring.

During his first stopover in the Spanish capital, in an interview with the traditional newspaper The country, the president decided to respond to Cristina Fernández de Kirchner, assuring -among other things- that his deputy had a “partial view”. Although later he was in charge of qualifying his statements, it is more than clear that it was not a spasmodic reaction to the journalistic requisition, but a political decision to establish his position and send a clear message in the face of the forceful and virulent questions he heard from Cristina the last Friday in Chaco.

Even more so, if you take into account that Fernández himself had previously enabled the battered Martín Guzmán to go on the offensive. During a raid that included several events and conferences before leaders of the economic establishment, the Minister of Economy and Finance was not only critical of the fiscal deficit and the subsidies for public rates, but also, upping the ante, made a stark exegesis of the path that It led from the “golden years” of the first two K governments, characterized by the “tailwind” product of international commodity prices and the remembered twin surpluses, to unbridled spending, waste and macroeconomic collapse. A criticism not only of Cristina Fernández, but also of one of the main people responsible for the economic policies of those years, the current governor and “guardian” of the K orthodoxy, Axel Kicillof.

At this point it is clearly evident that the result of the internal is not neutral. Although some spokespersons from both camps seek to qualify the confrontations with euphemisms such as “differences” or even seek to turn the manifest conflict into an “open debate”, the costs are visible to all: impact on macroeconomic variables, an erosion of presidential authority, erosion of the credibility of the administration and lack of confidence in the Government. Therefore, it is not just Chicanas or diatribes, nothing that is said or done can be trivialized or relativized.

In La Cámpora and the Instituto Patria they acknowledged receipt of Alberto Fernández’s harsh response and, above all, of the unexpected ratification of his re-election project. However, as of this writing, no response has been received. While they debate how to continue, they continue with a two-sided strategy: from Congress, pressing -and wearing down- the Executive with a different economic agenda and without consultation, as was evidenced this week with the project to launder funds abroad to meet payments to the IMF. And, from the province of Buenos Aires, converted into the bastion and potential scene of Kirchner’s withdrawal, as was exposed this week with the photo that crowned the institutionalization of the Front of All in that key territory.

In a few days, a new chapter will surely be written in this story. All the attention -and the tension- will be on the issue of tariffs, a sensitive matter for the Government, since it is one of the main commitments assumed with the IMF. In fact, part of the president’s counteroffensive was aimed at this, including an explicit warning: the official who interferes with his decision to increase them will be removed from office. A message that is not abstract, but has as specific recipients those who must sign the restructuring of the rates, that is, the head of the ENRE, Soledad Marin, and the Undersecretary of Energy, Federico Basualdo, who responds to La Cámpora.

In case it was not clear, Aníbal Fernández, Minister of Security of the Nation, came out to support the president’s statements, dusting off his particular style, which had been relegated to the presidential order not to confront. Empowered by the presidential counterattack, he spoke of “a historic gesture of authority.” And, upping the ante, he reinforced something that not only the president’s own sides repeat, but that he himself made explicit on several occasions: that Alberto Fernández is going to be a candidate for re-election, and he encouraged Cristina Fernández de Kirchner to “present herself and compete”.

The Minister did nothing more than publicly acknowledge what several Peronist referents admit in a low voice: that there will not be a formal rupture, and that the differences, in any case, will be resolved in the PASO. Now, this is as long as Peronism maintains chances of winning in 2023, something that some of the most conspicuous representatives of Kirchnerism are beginning to question.

The truth is that, although it may seem surprising in a scenario where inflation of 6% per month rounded off a record year-on-year increase and poverty -according to data from the UCA- already reaches more than half of the boys and girls, the dispute and the Permanent “debate” allows the ruling party to occupy a large part of the political scene -and the media-, obstructing many efforts of an opposition that cannot find a way out of its own labyrinth. The mistake, in this framework, would be to think that this protagonism can be translated into electoral support without a substantial improvement occurring not only in macroeconomic conditions but also in the real economy that impacts ordinary citizens on a daily basis.

Cafiero said that Alberto Fernández has not yet spoken to Cristina Kirchner about his re-electionJavier Milei: “There is a change of era in the country; The Argentines want to free themselves from the political jets and oppressors”Juan Zabaleta responded to Máximo Kirchner after criticizing the Government: “It seems to me that there are things that have to be discussed in the locker room”