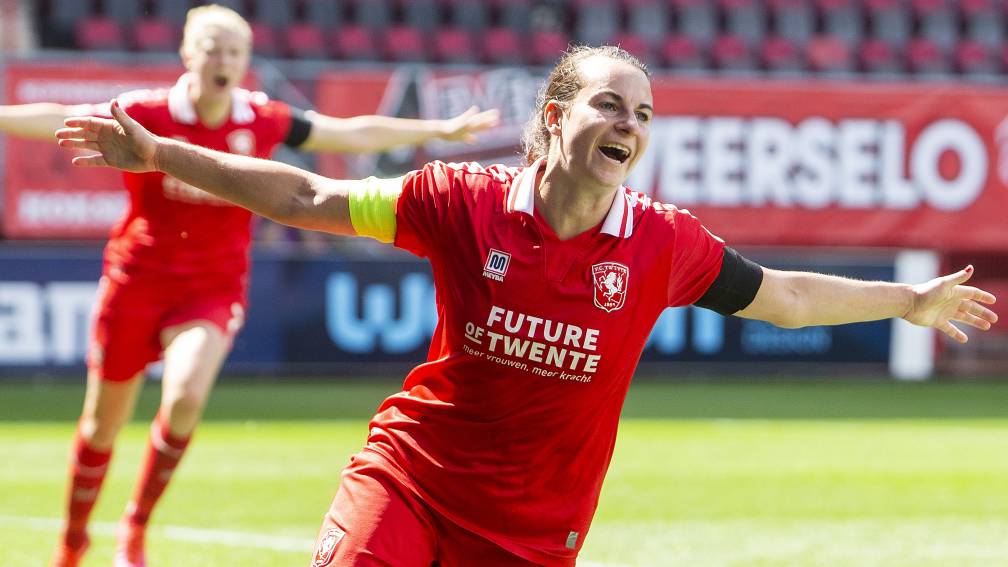 The women of FC Twente will become champions of the Eredivisie. Today they won 3-0 PSV. With one match to go, number 2 Ajax can no longer catch up with them.

Yet Twente is not officially champion yet. If Twente loses the last match and Ajax wins, both teams have the same number of points. Because Twente’s goal difference is much better, they are still champions.

The women of Ajax played against Feyenoord today. They won that match 1-4.

This Friday, Twente and Ajax will play their last game of the season. They do that to each other. After that, Twente is officially champion.