Montpellier fell to PSG with two goals from Lionel Messi 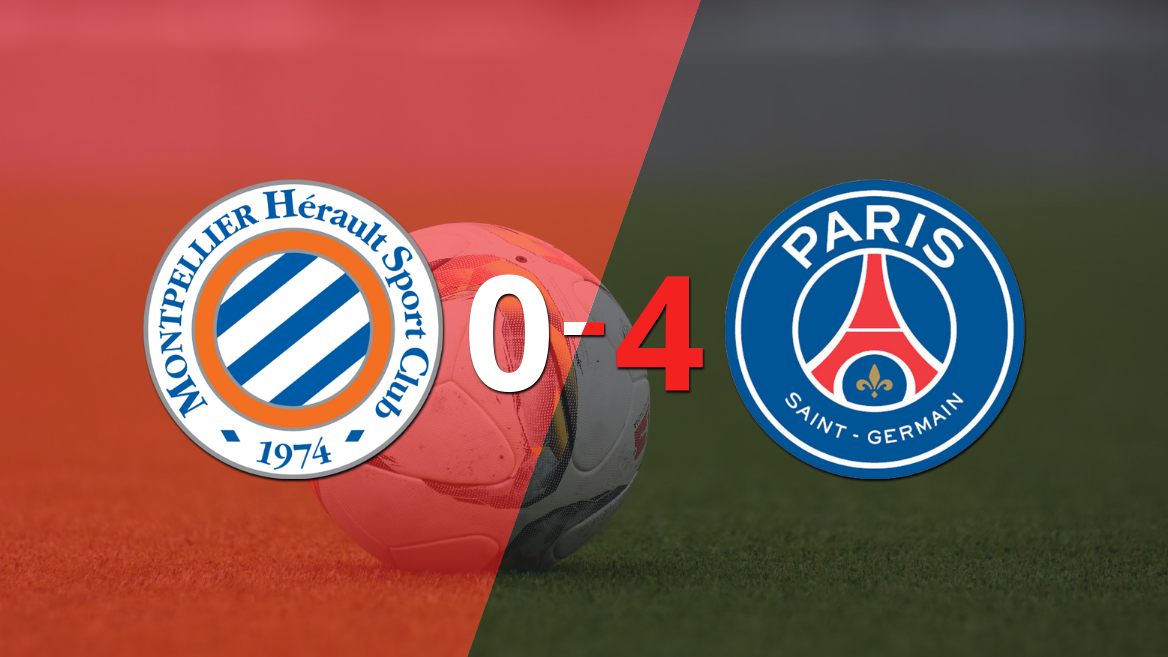 Montpellier and PSG had scoring chances that ended up hitting the post and Florent Mollet and Kylian Mbappé couldn’t celebrate.

Another player who had a great game was Kylian Mbappé. The PSG attacker shone by converting 1 goal, kicking 4 times and making 21 correct passes.

PSG striker Kylian Mbappé shot a spout and slipped the ball between the legs of Montpellier defender Arnaud Souquet in the 41st minute of the first leg.

The match was fought, but there were more infringements than the creation of fair play. There was a large number of cautioned: Ander Herrera, Arnaud Souquet, Xavi Simons, Kylian Mbappé, Jordan Ferri and Marquinhos.

For its part, Mauricio Pochettino’s team came out with a 4-3-3 tactical arrangement with Gianluigi Donnarumma under the three sticks; Thilo Kehrer, Marquinhos, Sergio Ramos and Juan Bernat in defense; Ander Herrera, Georginio Wijnaldum and Marco Verratti in midfield; and Ángel Di María, Lionel Messi and Kylian Mbappé up front.

Jérémy Stinat was in charge of supervising the order of play during the match.

On the next day Montpellier will face Angers as a visitor, while PSG will play at home against Metz.

In this way, the local is in thirteenth place in the championship with 43 points, while the visit, with 83, is at the top of the table.