Mika will remember “for life” the passage of Ukrainians to Eurovision 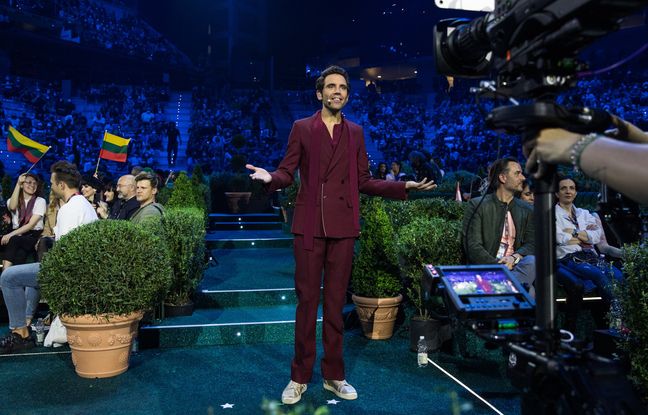 From our special correspondent in Turin (Italy)

We knew the Mika singer and the Mika coach of The Voice. This week, we discover the animator Mika. Alongside Laura Pausini and Alessandro Cattelan, he is one of the masters of ceremonies at Eurovision, which takes place in Turin. Still as vibrant as ever, the 30-something never stops chasing time. Since Monday and until Saturday, he has been doing rehearsals and live performances. Thursday, however, he found a niche between the ultimate seamstress and the live semi-final to answer questions from 20 Minutes.

How did you experience the live of the first semi-final on Tuesday? What do you remember?

I find this experience remarkable. RAI has decided to invest in the three evenings in almost the same way, it’s very courageous and even very risky. Putting on a show like that is tough. Climbing three in one week is unheard of. I feel electrified by what is happening. The secret of all this is that we started to work on the writing, with Laura [Pausini] and Alessandro [Cattelan], months ago, remotely or together. We are part of a discussion about the structure, the narration, the tone of what we see, the intros, the performances.

Everything is very precise. There is little room for improvisation. For someone spontaneous like you, isn’t that frustrating?

This stopwatch and the precision does not make the exercise any easier. All of this relies on interpretation, on energy, sometimes even a little look or a gesture that will have to be amplified… It’s really a television language. We’re on macro television. Because everyone is talking on our voice, that’s the first thing you have to understand. So it’s all in a gesture, a look, in the bond between us [avec Laura Pausini et Alessandro Cattelan] and the camera. As soon as we enter this arena, we are doing television for people at home. You have to talk to the camera 99% of the time and not to the audience in the room. We improvise anyway, but with precision, in a timed way. I tell you the truth, if I’m prepared, I find it fun. I prepare myself as much as possible so that, if I make a mistake, I can catch up and remain human and sincere, but not frozen.

In the Italian magazine “Sorrisi e Canzoni”, you recently declared that the French commentators were “cattivissimi”, “very mean”. Do you have a message for Laurence Boccolini and Stéphane Bern who will comment on the final on Saturday on France 2?

(He laughs) We know very well that there was more evil than Stéphane Bern. Marc-Olivier Fogiel, whom I know very well, and Dave had their comments fired because they were so mean… At the same time, that’s part of the exercise, isn’t it? This duality, there are the things we like, those we don’t like, the falls… It’s part of the game. But, Stéphane, please be nice, I ask you.

You had some pretty harsh words about Eurovision a few years ago. How do you view the competition today?

There are always things you can really like and things you don’t like. This format has had remarkable success in recent years, thanks to streaming. If Albania presents a good song, or if a hit comes from the Netherlands, it can become a hit all over the world. When Italy presents a song like Zitti e Buoni, the number of listens is incredible. Streaming has changed the way people view this competition. The caliber of the authors, the caliber of the artists, the social networks, make it possible to understand who the person singing is, where they come from, what their song is about… These songs are no longer necessarily discoveries on the evening of the final. This increased the musical credibility of this competition.

This edition takes place in a particularly tense international climate, with in particular one of the participating countries, Ukraine, which is in the midst of war. What impressions do you have: people are in the mood for the party?

There is more than ever the heart to the party. Not everyone is constantly jumping up in the air though. When Ukraine showed up the other night [en demi-finale mardi], there were a lot of tears. There was an intensity. I was like, ‘Damn, I’m going to remember this moment for the rest of my life. “I never imagined being on a variety show, a song contest and experiencing an intense, collective socio-political emotion, like the one I experienced when the Ukrainians [le groupe Kalush Orchestra] arrived and people started screaming and cheering, no matter what flag they had in their hands. More than ever, it is urgent to celebrate our differences on the same stage. I gave an interview to the New York Times where I tried to make the United States understand what the Eurovision phenomenon was… I explained that, more than ever, artists are singing in their own language and it’s quite surprising because, before, there was this idea that there was a “Eurovision sound”. Now, we hear different languages, but also instruments from different cultures, we see embroidery, patterns… Just the fact that France voted for a Breton group to represent it at Eurovision… do we like it or not? That’s another question. But is it interesting from a socio-political point of view. Well yes !

Nikos Aliagas sent you a congratulatory message after the first semi-final?

No. He didn’t text me. I don’t know why, actually.

Are you expecting it? Is there a message to convey to him?

Yes I love him ! He too is affected by what I have just spoken of. It would be a good question for him: Saturday night, who will he support? He will howl for France? Greece ? And if it’s both, which one will he scream louder for?

Nikos Aliagas will soon be back to host “Star Academy”. You were the artistic director of the Quebec version, would you be interested in reproducing the experience in France on TF1?

In Quebec, I was guest artistic director. For the moment, there has been no discussion between me and Star Ac’ in France, so all the announcements that have been made are not at all the reality.

Will we see you again soon in France?

My new single, Yo Yo, which comes out this Friday, will definitely take me to France. I hope you will hear me in France before you see me. This summer, I will do a lot of festivals in Europe. There is the moment for TV, the moment for music and the moment for the stage. Everything has to take its place when it needs to. It’s so important to me that’s why I’ll sing in the final. I do the host, then I become Jekyll and Hyde, I completely change my outfit and my attitude and I become the artist on stage.