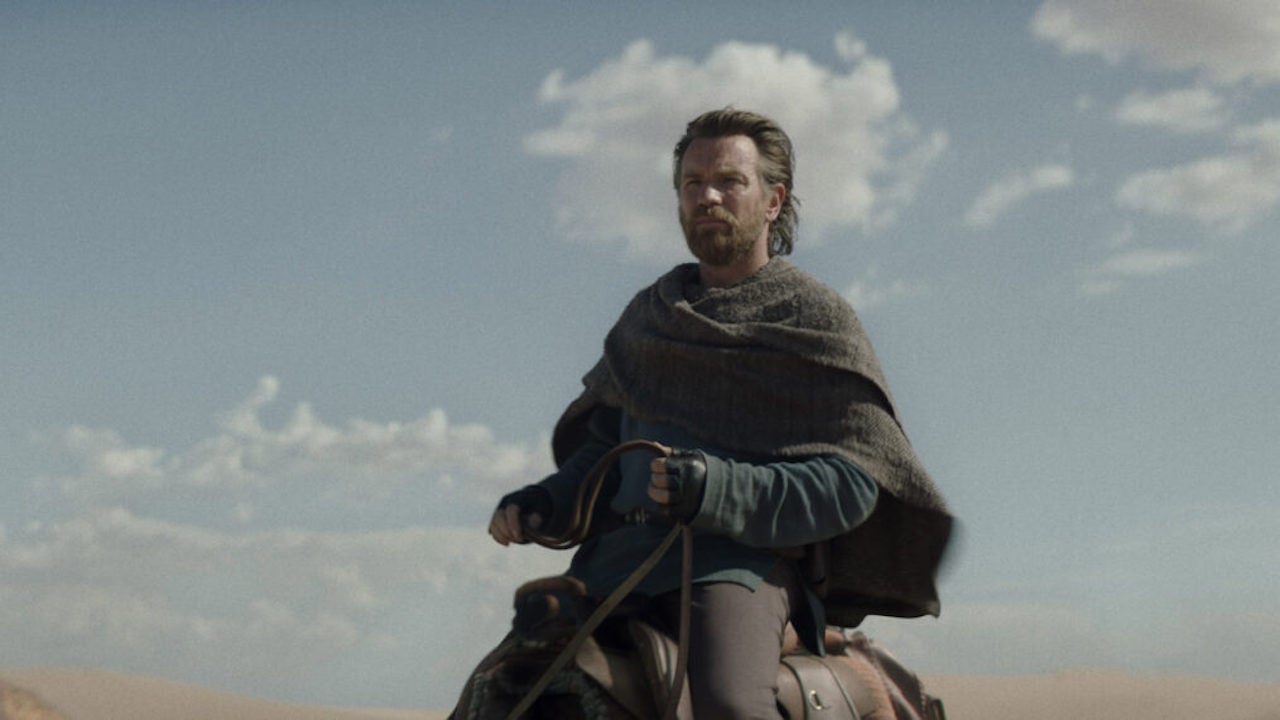 Ewan McGregor talked about his preparation for the Obi-Wan Kenobi Disney+ series and explained how he found the character and the voice that goes with it.

In conversation with On Demand Entertainment McGregor talked about his past with Obi-Wan Kenobi as a character and what it was like to bring the Jedi back into the series. He said it was difficult for him to do that quickly and especially the voice proved difficult because “it was so long ago.”

“When we started filming, I just didn’t have his voice,” McGregor said of a screen test. “I did sort of a faint English voice, like I was some kind of teacher. But it certainly didn’t sound like Alec Guinness or like Obi-Wan. It had just been so long since I lost it.”

He said he “listened to Alec Guinness” a lot to find the character again. It paid off because when the cameras started rolling, McGregor had his confidence back.

The original scripts were cancelled, but the new versions have been approved. The latest trailer shows clips of Darth Vader, the Inquisitors searching for Obi-Wan, a new droid, and Obi-Wan firing a blaster.

Obi-Wan Kenobi is set ten years after Revenge of the Sith, and Ewan McGregor returns to his Star Wars role (along with Hayden Christensen as Darth Vader) for the first time in 17 years. McGregor previously talked about a wave of positivity for the prequels.

The Obi-Wan Kenobi series will launch on Disney+ on May 27 with the first two episodes. McGregor and Christensen are joined by Joel Edgerton, Bonnie Piesse, Moses Ingram, Indira Varma, Rupert Friend, and Sung Kang. Deborah Chow directs with Joby Harold as showrunner. John Williams and Natalie Holt provide the music†