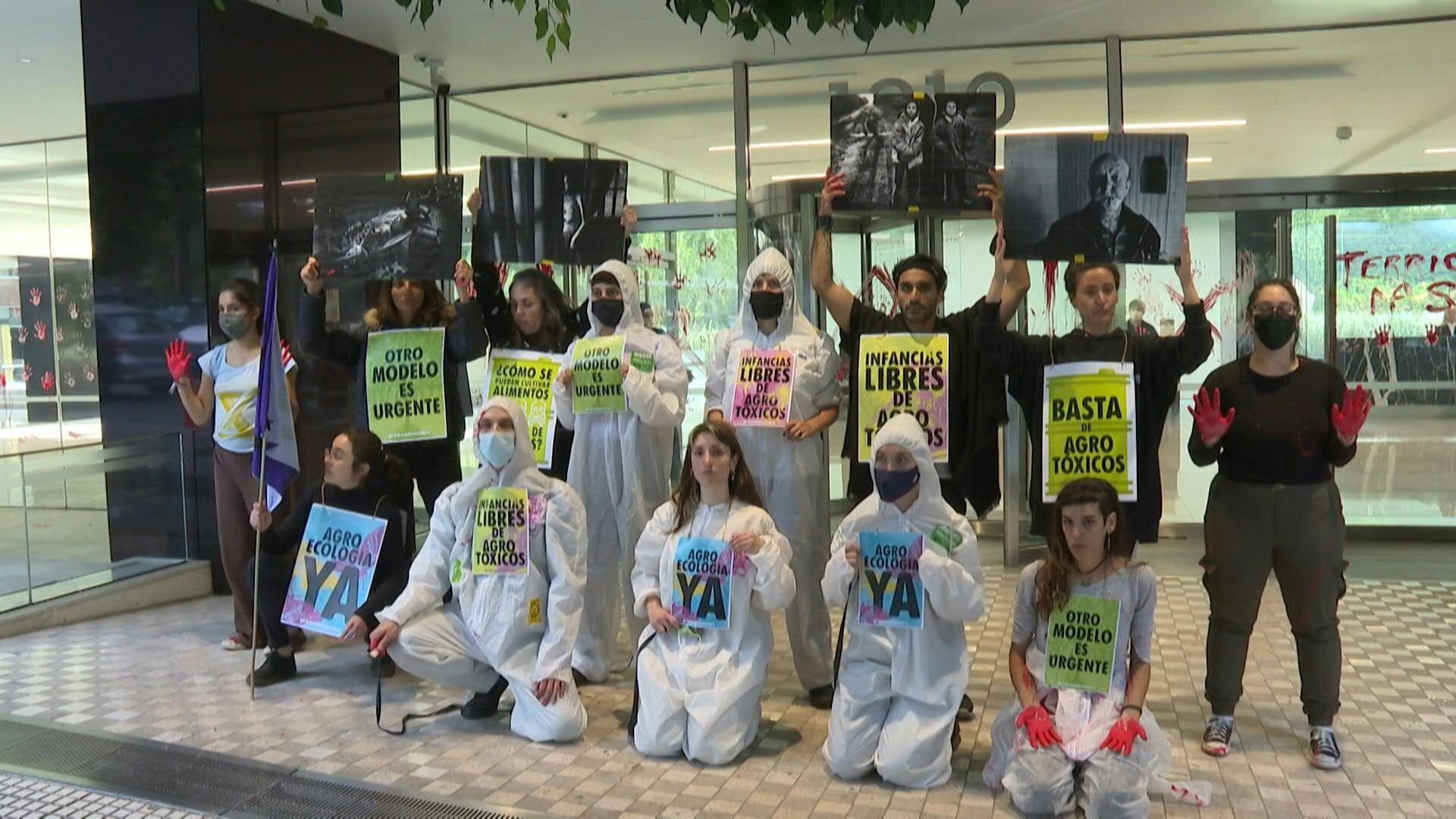 Members of the environmental movement Extinction Rebellion protested Friday at the Buenos Aires headquarters of the agribusiness multinational Monsanto against the use of agrochemicals on crops in Argentina, one of the world’s leading food producers.

Buenos Aires, May 13, 2022 (AFP) – Members of the environmental movement Extinction Rebellion protested this Friday at the Buenos Aires headquarters of the agribusiness multinational Monsanto against the use of agrochemicals on crops in Argentina, one of the main food producers. in the world. Wearing white overalls stained with red blood-like paint, a dozen protesters broke into the entrance of the multinational building, in the Retiro neighborhood, and sang slogans against the use of agrochemicals. “We are here to do an explicit denunciation of the advancement of the agribusiness model in our country, which is an open-air laboratory for new GMOs,” Flavia Broffoni, 39, a member of Extinction Rebellion Argentina, told AFP. The protesters painted handprints with red paint on the front of the company building, where they displayed posters with legends such as “Another model is urgent”, “Childhood free of pesticides” or “you can’t grow poison.” “We are a week away from the world march ‘Out with Monsanto,'” the environmentalist recalled regarding the global call launched by Extinction Rebellion. the 1990s, especially in soybeans, which enabled a boom in oilseed production to make the country the world leader in exports of flour and oil from this crop. Since then, “no seed has been grown without being directly associated with a package of agrochemicals or phytosanitary products,” said Broffoni. “Companies like Monsanto are developing these transgenic technologies to increase productivity fundamentally for export commodities, but these commodities do not represent food for our country because more than 83% of Argentina’s agro-industrial exports are for produce balanced animal feed,” he said. The environmentalists demanded that the government “urgently start a model of agroecological transition free of these poisons”. Argentina is one of the largest global agricultural producers and soybeans are its main crop with 16 million of the total 39 million hectares dedicated to agriculture. In the last 40 years, soybean production multiplied about 40 times to reach a production record of 61 million tons in the 2014-2015 campaign. due to the rise in international prices due to the food shortage caused by the war in Ukraine. vid-sa/atm