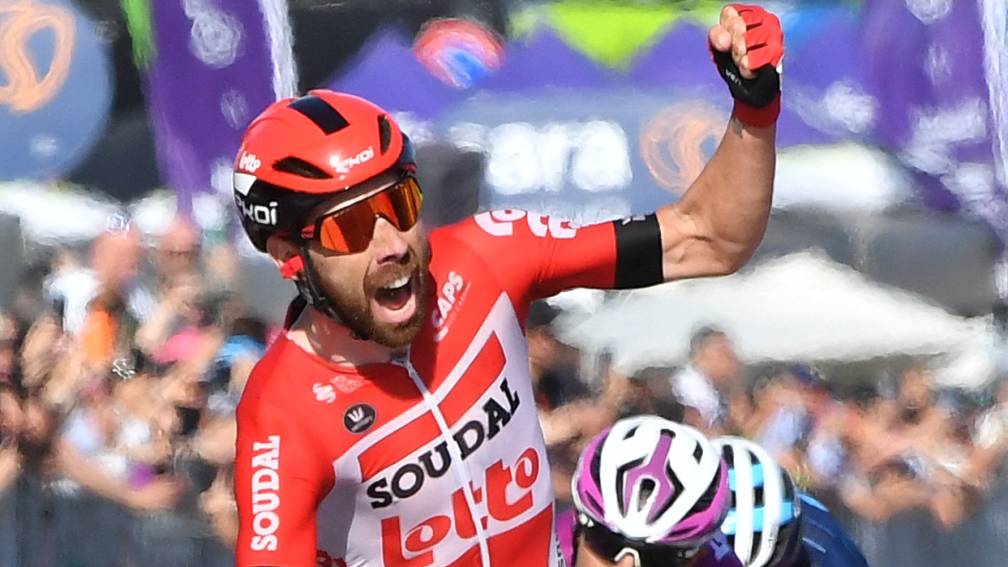 After the first leading group was taken back by the peloton, Van der Poel tried it alone for a while and then joined a new leading group, which managed to stay away. The group of about twenty people also included Wout Poels, De Gendt and Lilian Calmejane.

The peloton gave the leading group no more than three minutes lead. At 46 kilometers from the finish, Van der Poel decided to launch an attack. For a moment he seemed to get away, but soon a large part of the original leading group was able to rejoin.

Immediately after the connection, riders again tried to drive away. Van der Poel and Poels decided not to participate and saw five riders take about twenty seconds.

After the lead of the leading group increased somewhat, Van der Poel and Poels decided to increase the pace on the chasing group. For a moment the gap seemed to get smaller, but eventually the seconds went up.

The pink leader’s jersey remains on the shoulders of Spaniard Juan Pedro López.