Another victory for Demi Vollering in the Basque Country 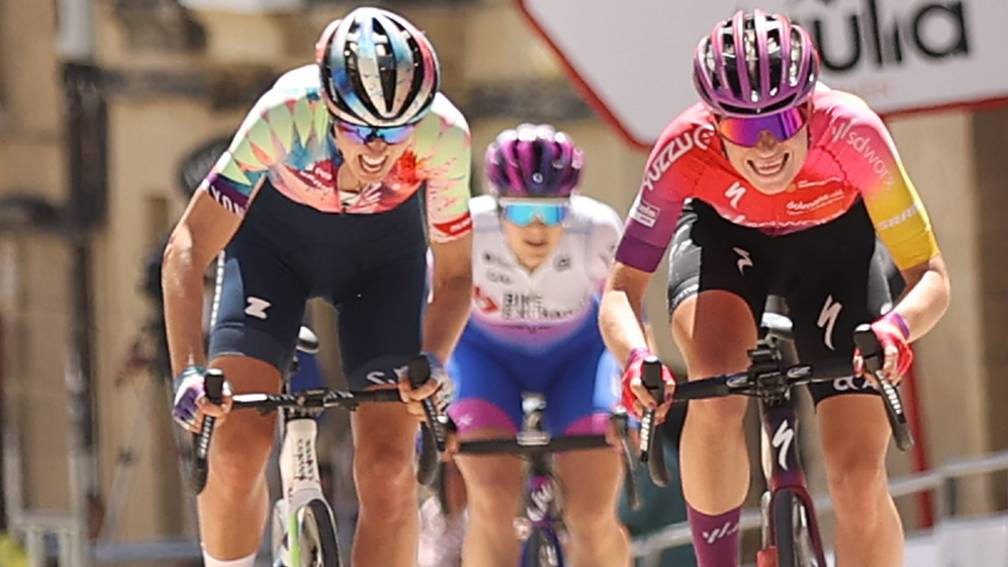 After the first, Demi Vollering also won the second stage in the Iztulia. The SD Worx rider was the strongest of a leading group of five in a tough stage in the Basque Country.

The 117.9 km stage involved six categorized climbs. Early on in the race, González, Carbonari and Moolman-Pasio broke away. In the peloton, however, there was never a moment of silence and the three did not last long.

On the final climb, the tricky Karrabieta, Vollering rode away with Rooijakkers, Labous, Baril and Cavalli. The chasing group came close, but did not make it. Vollering parried an attack by Rooijakkers and sprinted to the win.

The new WorldTour race on the women’s cycling calendar has three stages.