Amsterdam fends off SCHC attack and fights to third game 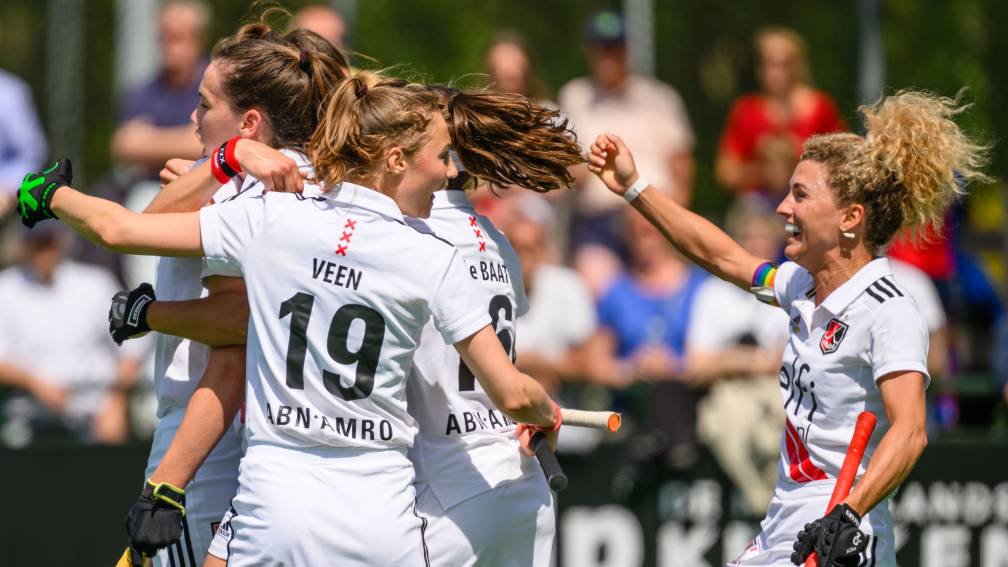 The hockey players of Amsterdam have forced a third game in the semi-finals in the play-offs. After losing to shoot-outs by SCHC on Thursday, it won 2-0 on Saturday. It will be decided on Sunday which of the two will advance to the final.

Amsterdam started the game strongly in Bilthoven and pushed SCHC back considerably. After the first penalty corner already led to a barrage of opportunities, the second penalty corner was hit, via Sabine Plönissen.

In the second quarter, SCHC showed itself a bit more and the club was close to equalizing twice via Mette Winter. Yibbi Jansen also watched as goalkeeper Anne Veenendaal made a clever save.

After losing the ball in SCHC’s midfield, Marijn Veen was sent off on behalf of Amsterdam. With a hard backhand shot into the far corner she made a nice hit: 2-0.

Despite the setback, SCHC remained dangerous in the second quarter. Ginella Zerbo created danger twice and Winter also had another great opportunity. However, a goal was not scored.

Immediately after the break, Veenendaal again proved its value for the team. She saved a push from Jansen from a penalty corner with her foot.

SCHC insisted more and more and Amsterdam limited itself to defending alone. The team did this with verve, which meant that there were no great opportunities for Lucas Judge’s team. The few times that SCHC managed to finish Veenendaal, the ball was removed from the line by Maria Verschoor.

The third game will also be played at SCHC in Bilthoven on Sunday.