The head of the Ministry of Foreign Affairs (SRE), Marcelo Ebrard Casaubon, and the United States ambassador to Mexico, Ken Salazar, announced an investment of USD 4 billion to carry out works on the border during a bilateral meeting in Tijuana, Lower California.

In a dialogue table headed by Marina del Pilar Ávila, governor of Baja California, the delegations of both nations agreed to modernize customs and 30 border facilities that are located between the entire line that divides the countries.

The Mexican foreign minister indicated that the actions that took place are part of the result of the conversation held by the president of Mexico, Andrés Manuel López Obrador (AMLO), with the US president, Joe Biden.

Likewise, he pointed out that Mexico has made some decisions on border issues and that concern the United States, especially the implementation of 14 approved projects in five months, a situation that stood out because he stressed that it is a record time, because other governments it had taken decades.

“This is an investment so far of USD 700 million approved and all (the works) are already in stages of different degrees of progress, it does not mean that everything is already resolved, but I think we are in the right direction” 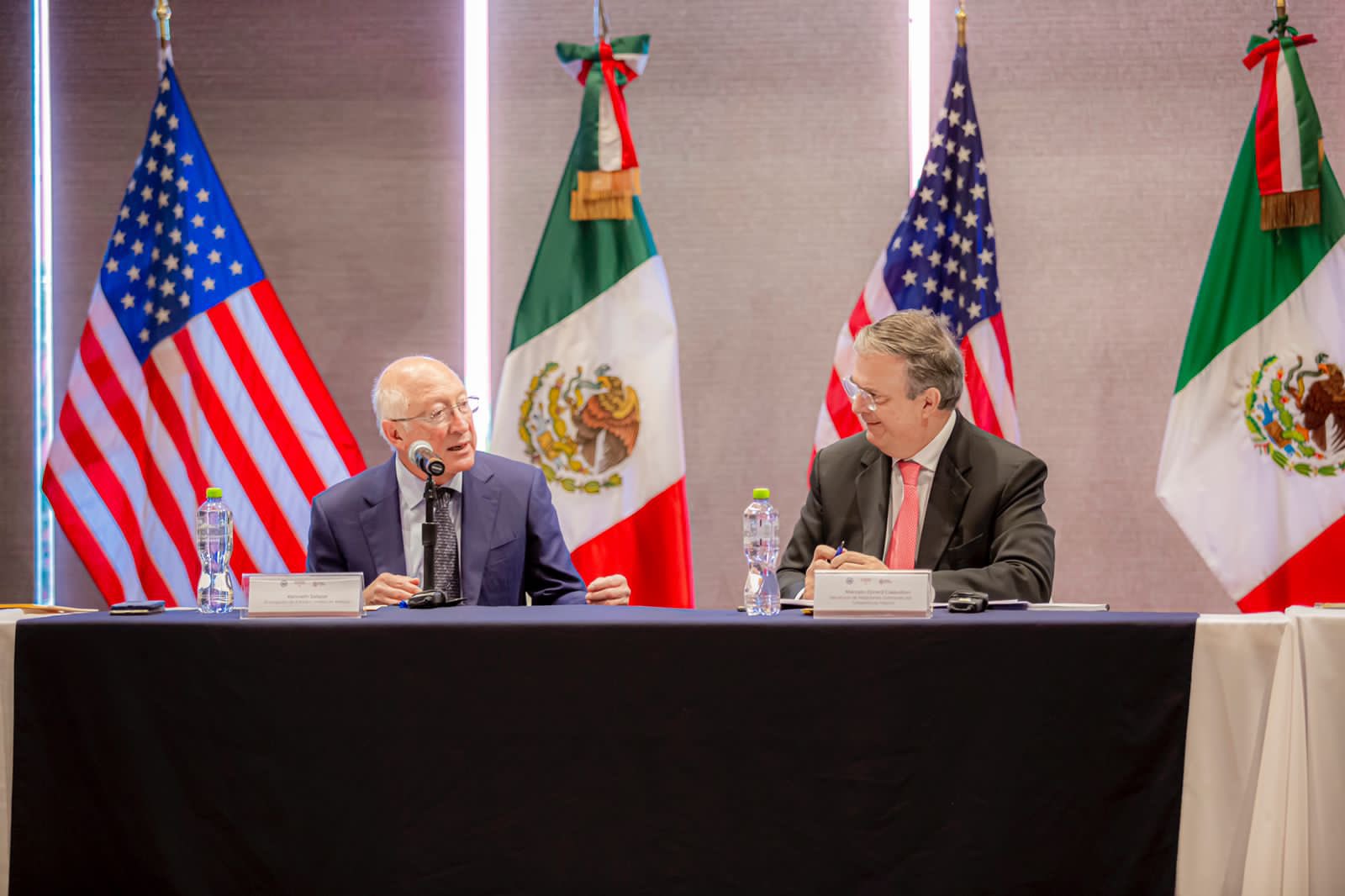 Meanwhile, the three politicians announced that the main project was the construction of the Otay II port of entry, which will connect the Otay Centenario delegation in Tijuana with the East Otay Mesa area, located in San Diego County.

In addition, it is expected that, together with the San Ysidro and Otay port of entry, this point will be the third customs point in that US city; however, it will be until next June 14 that more progress and the organization chart of the work will be announced.

“This checkpoint is going to become a high flow one and, in terms of security, we are going to use technology to protect people. Mainly we are seeking to combat the transfer of drugs such as fentanyl, weapons and the crossing of money from both sides, “said the Mexican official. 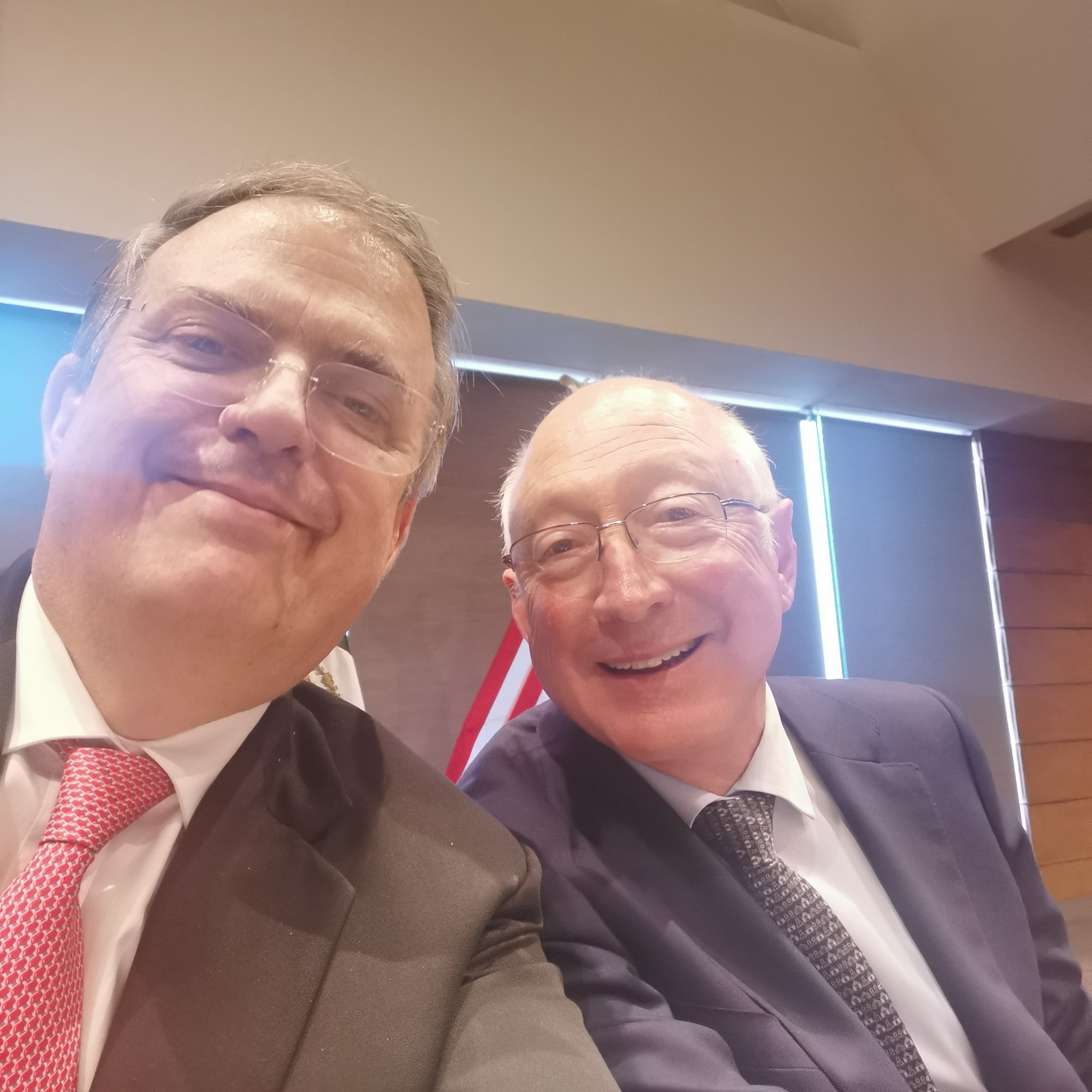 The foreign minister shared a selfie with the US ambassador to Mexico (Photo: Twitter/@m_ebrard)

Meanwhile, on social networks, Ebrard Casaubón shared an image with the US diplomat and with the governor of the National Regeneration Movement (Morena), whom he thanked for their presence at the meeting and the facilities to improve the relationship between both nations.

In the message to the US ambassador, the Mexican politician highlighted some of the actions that were announced this afternoon, especially the modernization of the facilities: “With Ken Salazar, US ambassador, in Tijuana. With 30 agencies from Mexico and the United States that modernize customs and facilities of our common border in the north”.

While the local president thanked her for having led the meeting, in which she repeated the agreements that stood out: “Thank you, Marina del Pilar Ávila, Governor of Baja California, for leading the binational meeting of the northern border with the United States. Joined. More than 4 billion dollars of investment. Mexico has 14 projects underway, including Mesa de Otay II in Tijuana.”

The Federal Aviation Agency defended itself from the latest air incidents: “These are safe maneuvers” “We are forgotten, minimized”: Mexican doctors rejected the hiring of health personnel from Cuba Nuevo León reported the first 4 cases of Hepatitis in Children in Mexico