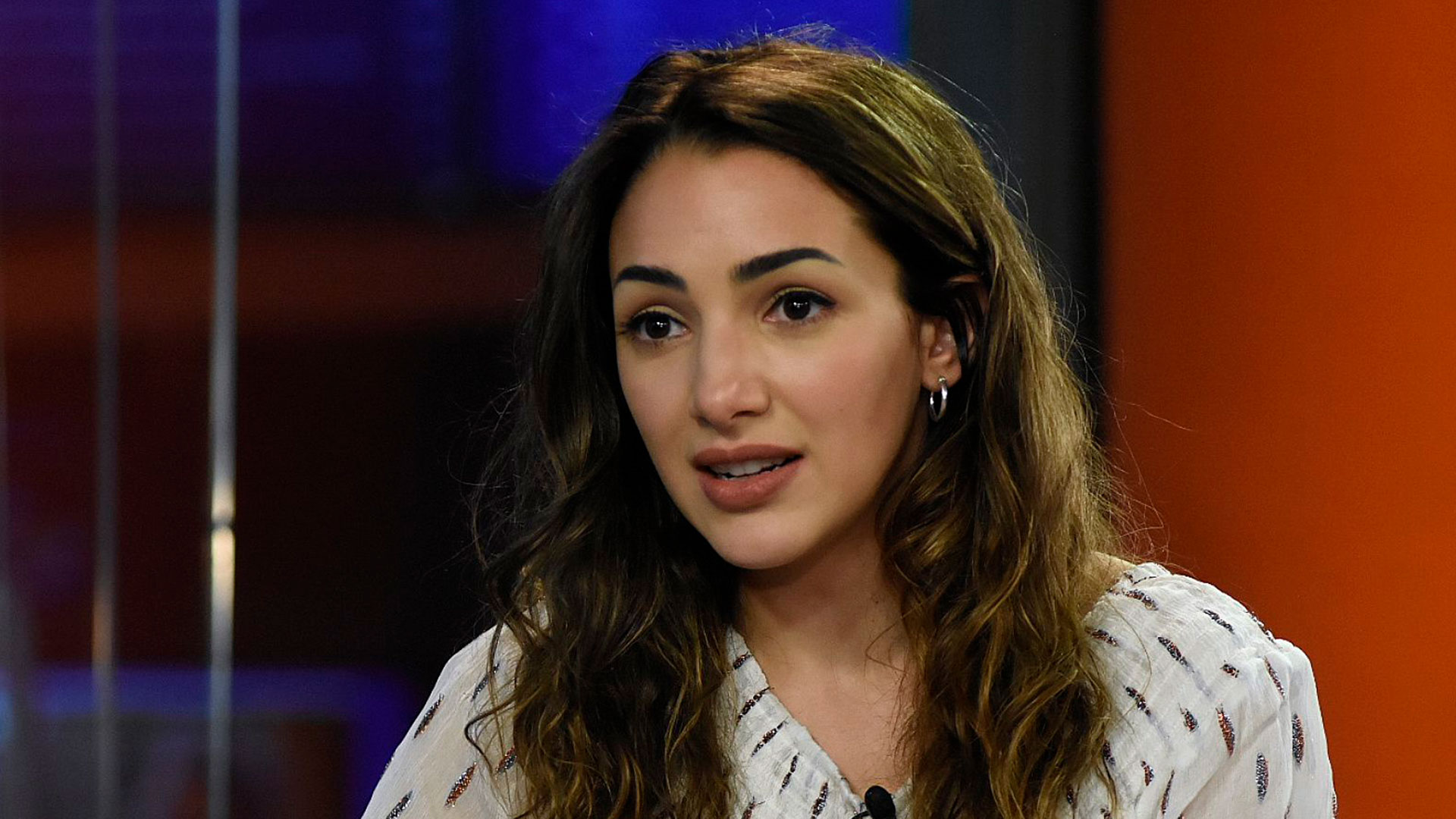 At the end of April, Thelma Fardin traveled accompanied by Anamá Ferreira and the Brazilian lawyer Carla Junqueira, with a doctorate in international law and residence in São Paulo, heading to Brazil. The mission of the three women was to reverse the ruling of the justice of that country that had decided to stop the case against Juan Darthés and return the case to zero, something that the actress herself celebrated on her social networks: “Historic : The Brazilian justice reversed its decision and ordered the oral trial of Juan Darthés to continue in the federal courts. The Federal Regional Court of São Paulo ordered today that the case for sexual abuse against the actor, who has been based in Brazil since 2018, continue to be processed in the federal justice of that country.

But this Friday, the case suffered a new setback in the courts of the neighboring country, according to Thelma in an energetic publication on her social networks: “Today the Brazilian judge Ali Mazloum accepted the request of Darthés’ defense to continue delaying the hearings that are missing to finish the trial,” the actress said on her Instagram account: “Obviously they don’t want to reach the end. This puts the statute of limitations of the crime at stake,” she added.

“They ask us to go to justice and justice is this aberrant crap and not at all reparative. Life on pause due to a judicial process that no one allows you to leave behind”, Thelma continued, and asked herself: “How long do you have to resist? How much do you have to bear? How many skills are enough? How much ridicule they can subject you to? “, she listed. 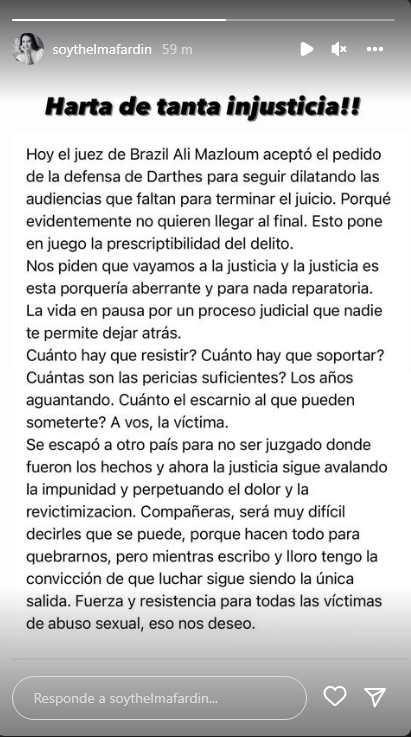 “He escaped to another country so as not to be tried where the events took place and now justice continues to guarantee impunity and perpetuate pain and revictimization,” he said in reference to Darthés. And she concluded by addressing those who accompany her in this fight. “Comrades, it will be very difficult to tell you that it is possible, because they do everything to break us, but as I write and cry I am convinced that fighting is still the only way out. Strength and resistance for all victims of sexual abuse, I wish that for us, ”she closed.

In this way, Thelma suffered a new setback in the legal battle that is now being waged on Brazilian soil. At the end of March, the São Paulo Federal Regional Court had decided to resume the trial after hearing the parties in an oral hearing that took place on March 12. “In that hearing, both the Public Prosecutor’s Office and Thelma Fardin opposed the decision to stop the trial, which had given rise to a proposal presented by Darthés’ defense. The issue of federal jurisdiction had already been addressed and resolved by Judge Pablo Ali Mazloum in the first instance seven months before the trial began. Specifically, on April 16, 2021, the judge dismissed the defense’s proposals and, in accordance with the prosecution’s criteria, declared federal jurisdiction for the trial,” Fardin explained at the time in a statement posted on Twitter.

“In a ruling of more than 15 pages, the judge based this decision on the jurisprudence of the superior courts and the Supreme Court, which in all cases of serious crimes committed abroad by Brazilian nationals ordered that the files be processed in federal court. The resolution adopted today by the Regional Court confirms federal jurisdiction and allows the hearings of the oral trial that had begun on November 30, 2021 and was in its final stage to be resumed when the suspension was ordered,” he wrote at the time with the hope that this chapter in his life can finally be closed. A fight that continues to receive sticks in the wheel and that has just received a new legal setback.

The unusual comment that Florencia Peña received about her program at the door of the kindergarten La Negra Vernaci told a curious anecdote about her son Vicente that involves Luciano Castro Ana Rosenfeld’s ex-husband tells his truth: “I left everything to take care of her, but No one told him he had a year to live.”