Netflix has released a new poster for Stranger Things season 4, which will be released in two parts on the streaming service starting May 27.

The poster contains several elements that we already saw in the season 4 trailer, such as the old-fashioned clock and the terrifying Demo Bats. The new enemy Vecna ​​can also be seen in the background alongside the familiar characters including Eleven, Max, Mike, Lucas, Dustin, Will and others. 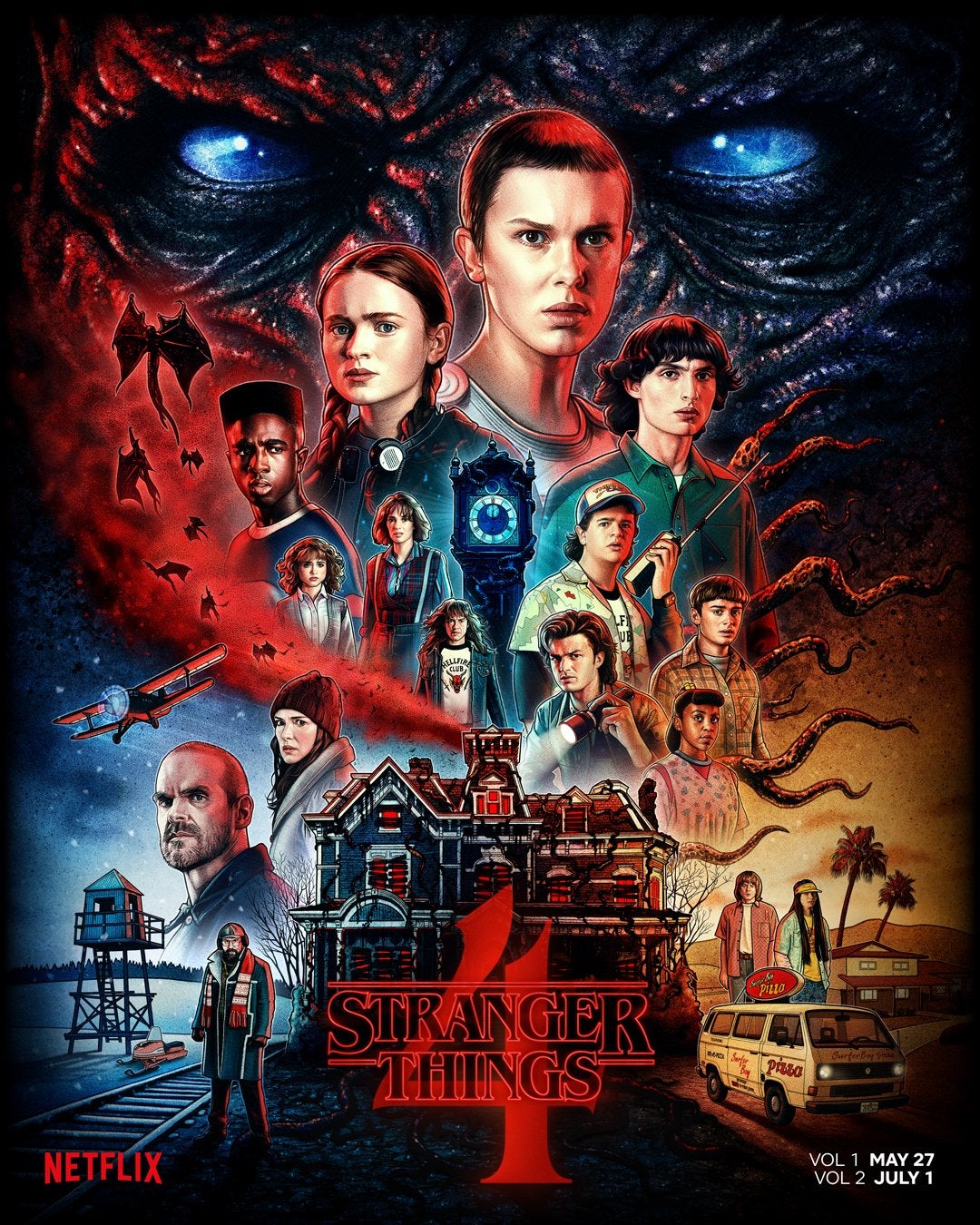 Season 4, Volume 1 continues six months after the events of Season 3 at the Battle of Starcourt. The group is first dispersed when a “new and supernatural evil emerges. It presents a horrifying mystery that, if solved, may well end the horrors of the Upside Down.”

The highly anticipated fourth season of Stranger Things is also reportedly the most expensive to make, costing around 30 million per episode.