Stabilized front, NATO and oil… The war in Ukraine in infographics

The Russian offensive in Ukraine is not weakening. The fighting is still concentrated in the east of the country, even if the bombings still target other cities and Serpents’ Island is disputed. Meanwhile, the West wants to do without Russian oil and Finland wants to join NATO. Like every week, 20 Minutes goes around the war in Ukraine in four infographics.

The front line largely stabilized on the 79th day of war 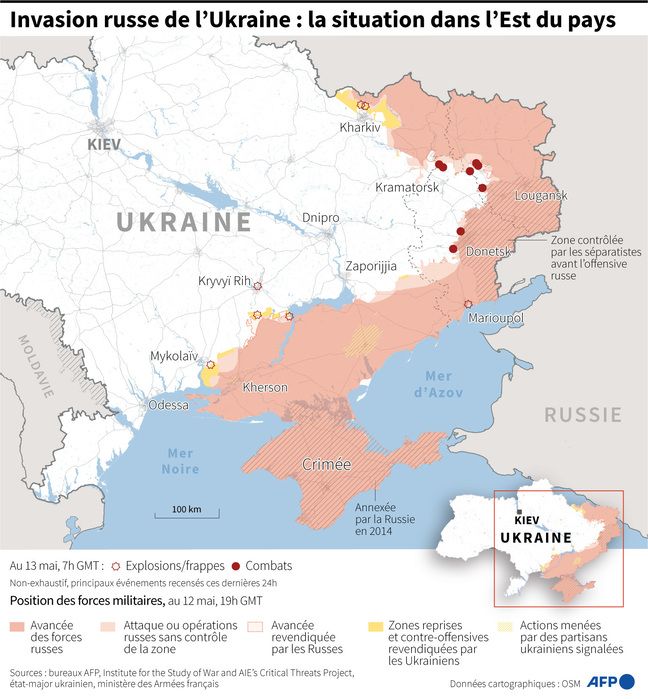 The Russian-desired land bridge between Donbass and Crimea is almost complete and appears to be firmly controlled by the Russian military, although the Azovstal factory is resisting Mariupol. According to the British Ministry of Defence, Russia is making “significant efforts” in the regions of Izium and Severodonetsk to make a breakthrough towards Kramatorsk, the major city in the part of Donbass under Ukrainian control.

Elsewhere, the front line moves very little, and even seems favorable to the Ukrainians who push back Russia from the suburbs of Mykolaiv in the south and Kharkiv in the northeast. The Kherson region, occupied by the Russian army, could ask for its annexation to Vladimir Putin according to the pro-Russian authorities.

How to join NATO? 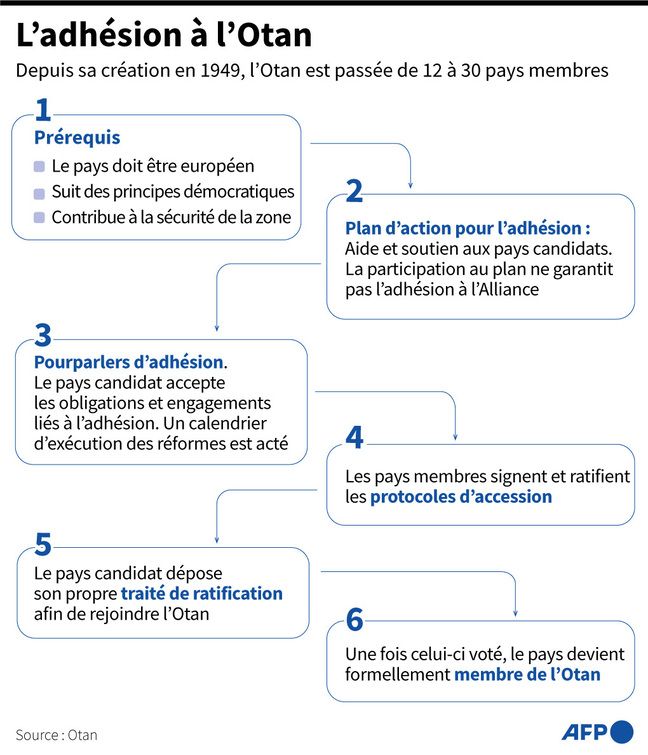 While the Finnish executive has come out in favor of “immediate” NATO membership, and an official Swedish report also supports this option, Turkish President Recep Tayyip Erdogan has shown himself to be hostile to the idea this friday. This declaration puts a damper on a process supported so far by most NATO members and by the Secretary General of the Alliance, Jens Stoltenberg, ready to welcome them “with open arms”. Once the decision has been taken by a third country to join, the members of NATO must indeed agree unanimously to invite it to join them.

Yet these candidacies would mark a real shift in the balance of power, after decades out of military alliances for Helsinki and Stockholm. According to the latest polls, half of the approximately ten million Swedes are now in favor of joining the alliance, a share that rises to two-thirds if Finland also joins. And in Finland, which shares 1,300 kilometers of border with Russia, more than three quarters of the population of 5.5 million people want to join the NATO umbrella.

Among the refugees, many skilled workers 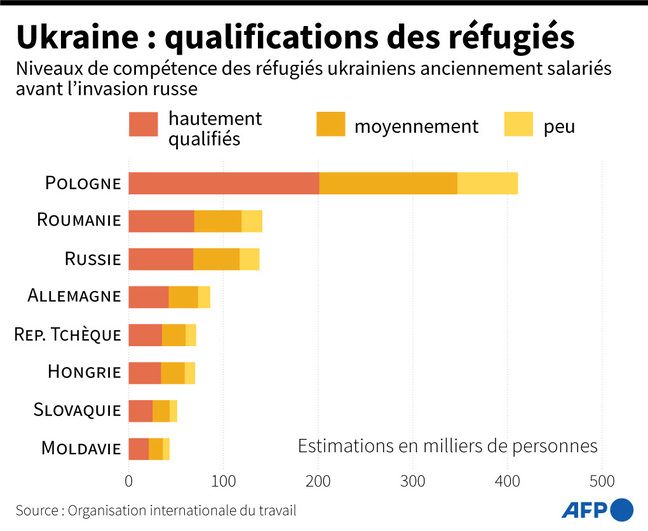 Distribution of the qualification of refugee workers according to the country. – Laurence SAUBADU, Jonathan WALTER, Sylvie HUSSON / AFP

More than six million Ukrainians have fled their country since the start of the invasion by the Russian army on February 24, the High Commissioner for Refugees (UNHCR) in Geneva said on Thursday. Among them, 2.75 million are of working age according to the International Labor Organization and “may want to seek employment in these countries” if circumstances require them to stay in their host country for a long time.

And women and children representing 90% of refugees, while men aged 18 to 60 are prohibited from leaving Ukraine, they are mostly working women who are likely to seek employment. Nearly half of these workers held a high-skilled job, compared to 15% who had a low-skilled job. It is therefore a real challenge for the host countries to integrate these refugees into the labor market, particularly Poland, which has seen an influx of nearly 200,000 highly qualified Ukrainian women.

The G7 wants to do without Russian oil 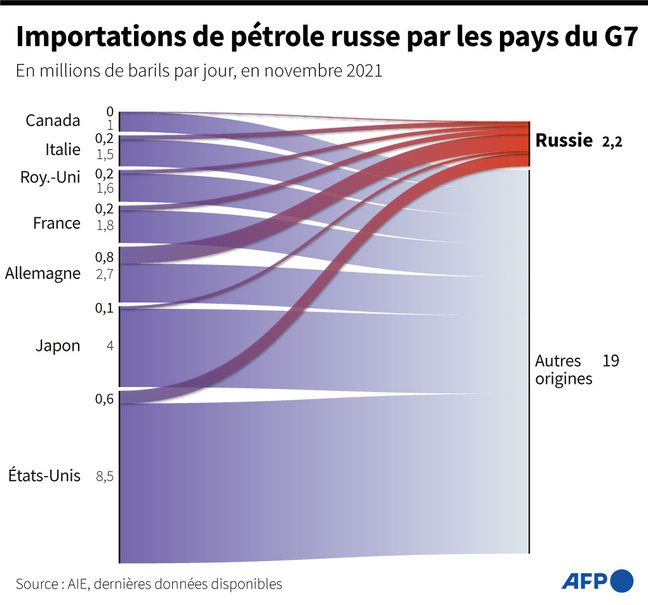 Meeting by videoconference on May 8, the members of the G7 made a commitment to do without Russian oil in the long term, without a precise timetable. “The entire G7 today pledged to ban or phase out imports of Russian oil,” the White House said in a statement on Sunday. This decision “will deal a blow to the main artery irrigating the economy of (Vladimir) Putin and deprive him of the income he needs to finance his war” against Ukraine, says the American executive.

The energy sector is the one where Western sanctions are progressing the least, due to the dependence of certain economies on Russian oil or gas. For the European members of the G7, this commitment could quickly merge into the embargo decided on at the level of the European Union, if the Twenty-Seven agree. But Russian oil will not be easy to replace for everyone. Germany thus imported 800,000 barrels per day in November 2021, i.e. more than 20% of its imports.