Luis Abram received a kick in the face that caused a cut and his rival was expelled in Cruz Azul vs. Tigres 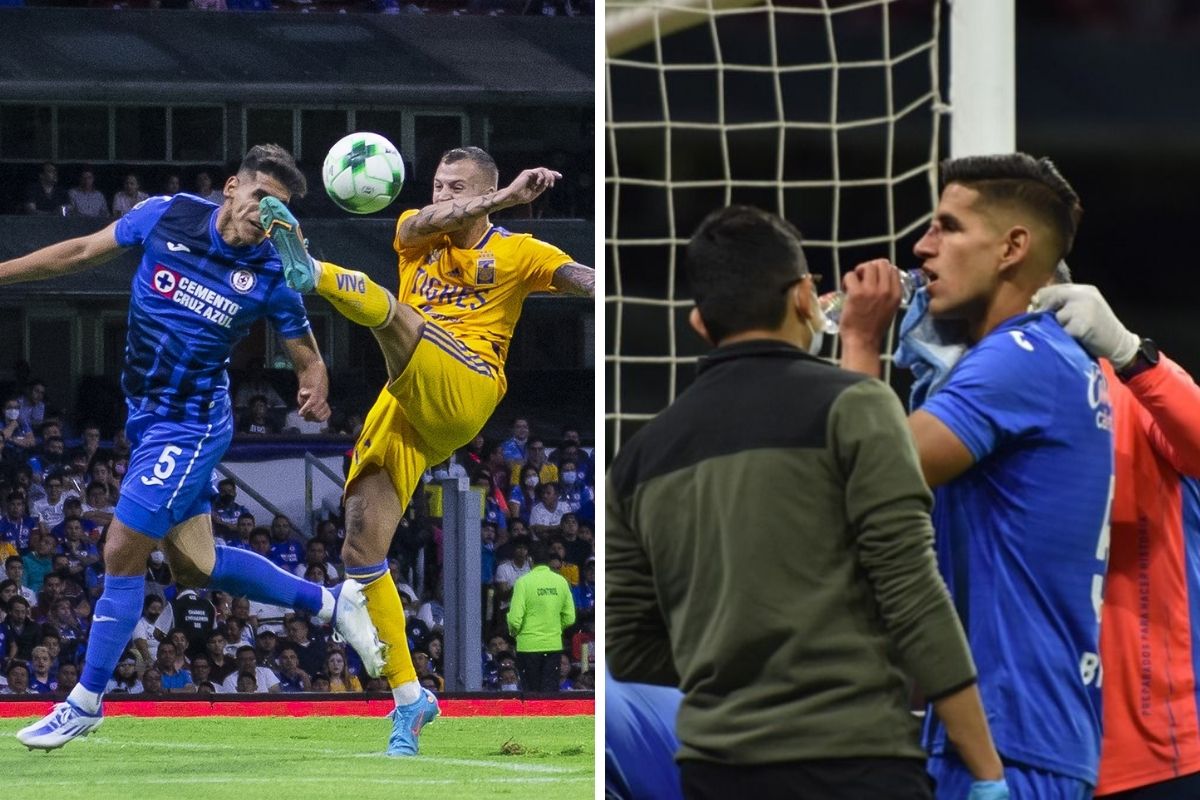 Luis Abram was attacked in a match valid for Liga MX.

Cruz Azul loses 1-0 to Tigres for the Liga MX quarterfinals. In an attack by the ‘felines’, Luis Abram was kicked in the face by Nicolás Federico López. The Peruvian suffered a cut very close to the eye and his rival was expelled. Fortunately, the national central defender was treated and entered the field in minutes.

It happened 60 minutes into the match. Luis Abram ran to clear the ball with his head, but Nicolás López hit him in the face with his booty. This caused the claim of the fans and players of the “cementero” cast. The goalkeeper Sebastián Jurado, seeing his partner lying on the ground, began to call the doctors. His rival also came to help the ‘Inca’.

The member of the “bicolor” had blood in the nose very close to the eye. After consulting the VAR, the referee showed the ‘Diente’ a direct red card. The extreme was not the only one who was thrown in the Azteca stadium. Previously, his coach Miguel Herrera made an angry claim and was expelled.

The cast of Juan Reynoso will have 30 minutes and a little more to try to match the key. Jesús Dueñas opened the scoring towards the end of the first half. The Mexican tried to get a center and ended up inside the goal of the “blues” as a result of poor communication in defense.

If this result is maintained, Tigres will have half a ticket to the next instance of Liga MX. The second leg will be played next Sunday, May 15 at 8:05 p.m. (Peruvian time) at the Universitario-UANL stadium.

Carlos Zambrano and Luis Advíncula witnessed the duel of the Peruvian under 20 team in ArgentinaChristofer Gonzales sounds to reinforce Vélez Sarsfield: the factor that would condition the interestGianluca Lapadula was summoned by Benevento for an eliminatory duel against Ascoli for promotion to Series B