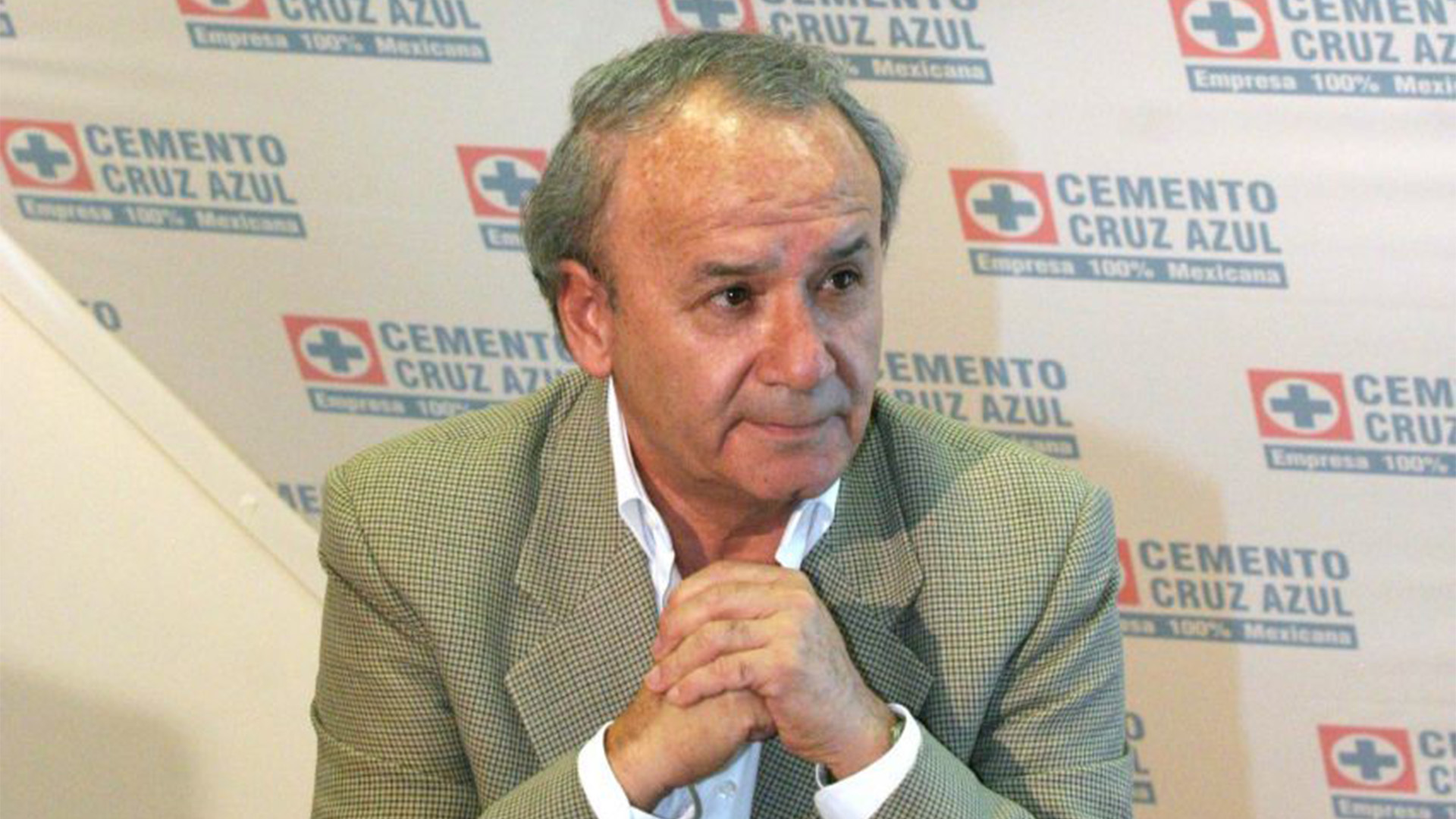 Billy Álvarez is accused of money laundering and use of illicit resources (Photo: Cuartoscuro)

The Cruz Azul Cooperative responded to Guillermo’s video Billy Álvarez Cuevas, who had been a fugitive from justice for almost two years due to the investigation that the Attorney General’s Office (FGR) initiated against him for alleged money laundering and operations with illicit money.

Through their social networks they published a statement in which they assured that this material “produced from the underground” has the objective of “appeal to oblivion” due to the way in which it was addressed to the cooperative members, “as if the looting that led and with which he defrauded thousands of families, it would never have happened,” it reads.

He recalled that there is an arrest warrant for him by the FGR, as well as a red card from Interpol for his search in 195 countries for this judicial process that, they affirmed, caused damage to the heritage and the social fabric of the cooperative.

The document detailed that this “looting” perpetrated by Billy Álvarez is equivalent to seven times the amount of the Master Fraud, a network that diverted more than 400 million dollars through state agencies, universities and important public officials. 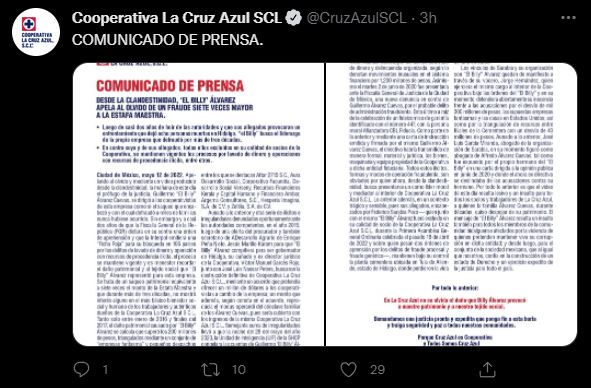 Subsequently, he described some of the events in which Álvarez probably participated, among which are triangulation of resources through shell companies, an invitation from José Murillo Karam to participate by the government of Hidalgo in 2015 and the possible sale of the cooperative, for which they offered a million pesos to its members as compensation.

Another event that would also have been related to the former director was the death of eight people inside the cement plant in Tula de Allende, which, they accused, is being taken over by people close to Álvarez, headed by Federico Sarabia Pozo, who has also was excluded as a partner.

The statement ruled that, due to all these facts, the video published this Thursday “is offensive” to all members of the Hidalgo community and in general affected by the violence generated by this type of corruption.

Finally, the Cooperative demanded justice for this case and stated that they will never forget all the wrongs committed by Billy Álvarez.

“At La Cruz Azul, the damage that Billy Álvarez caused to our heritage and our social fabric is not forgotten. We demand prompt and expeditious justice to put an end to this mockery and bring security and peace to all our communities,” the statement concluded.

The former president of the Cruz Azul Cooperative reappeared after the arrest warrant issued by the Attorney General’s Office (Video: Facebook)

The former director of this cement company clarified through his message that in the following days he will publish content to expose his truth regarding the accusations against him, but not before announcing that he is affected by the situation that the Cruz Cooperative is experiencing. Blue today.

“Due to various circumstances I have not been able to be close, much less go to my colleagues and colleagues in the organization to be able to explain why, by virtue of the circumstances in which I find myself,” the eldest of the brothers began to describe Álvarez Cuevas, who was in charge of the company for more than 30 years.

Later he reported that he had not been able to go out publicly to report what happened around him, for which he hinted that through future videos he will better clarify his situation, in addition to showing his dissatisfaction with the protest actions that have occurred in the facilities of the Cruz Azul Cooperative .

“I have not been able to have that exchange of views and above all that they know the version of my facts, because all this circumstance in which the organization has been involved, with its different plants and in its corporate offices, not only hurts, it saddens me. ”, he explained.

Sebastián Jurado’s show with Cruz Azul: error, possible shock and spectacular saveDiego Lainez could return to Mexican soccer in the 2022 AperturaHugo Sánchez will premiere a new program on ESPN