Yet another suitor! Luis Sinisterralo wants a German Bundesliga team 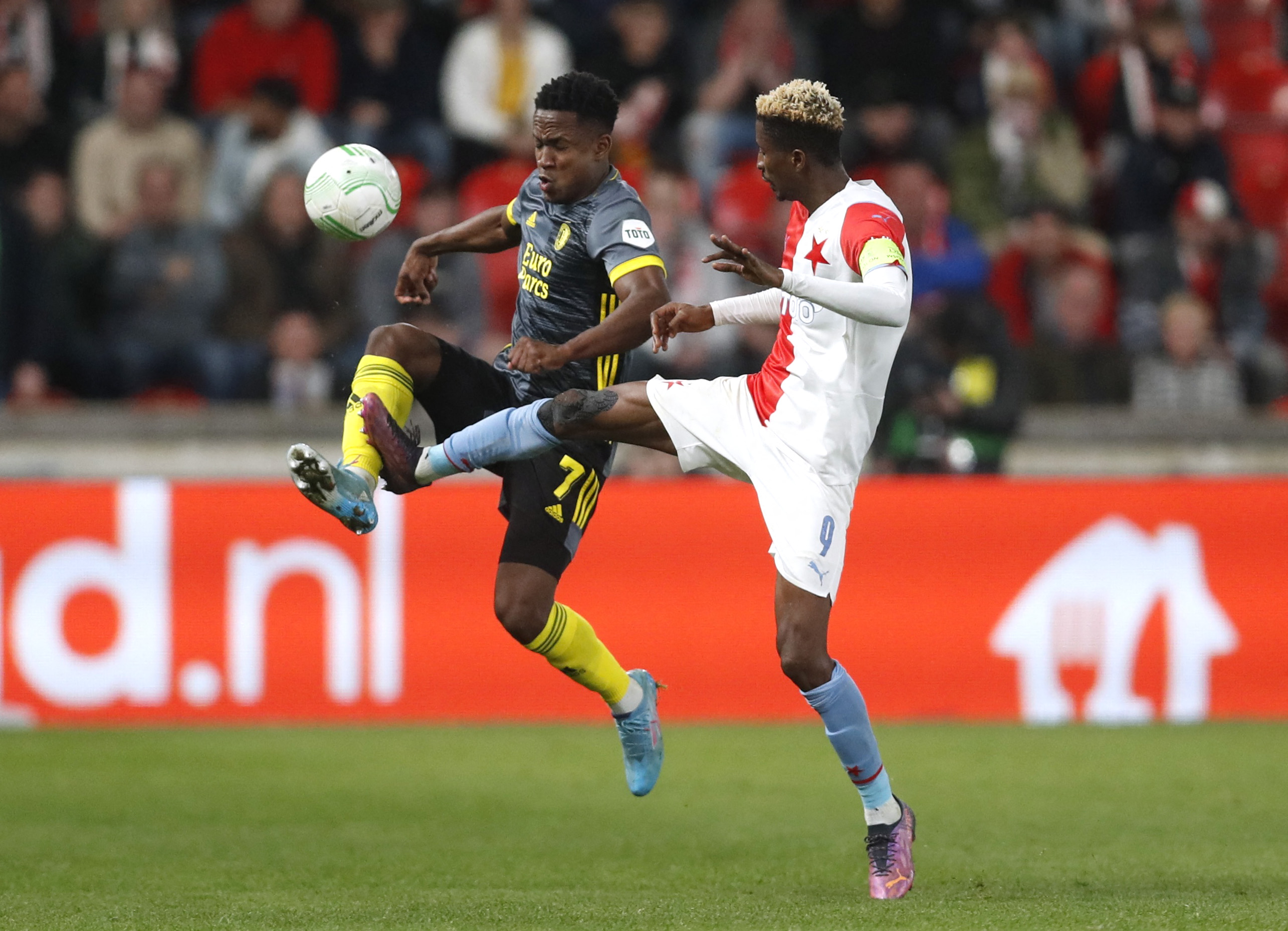 Luis Sinisterra has scored 23 goals for Feyenoord in all competitions. REUTERS/David W. Cerny

In Europe there is not only talk of Luis Díaz, who enjoys a good present in England. The spotlights are also on Luis Sinisterra who has stood out with Feyenoord in the Eredivise in the Netherlands and his performances have made several clubs in the Old continent have it on file for next season.

Previously it was known that there is interest in the Santander-born Quilichao of England’s Arsenal, who would be willing to pay what Feyenoord asks for the former Once Caldas. It should be remembered that according to Transfermarkt, the portal specializing in the transfer market, Luis Sinisterra’s card has an approximate value of 18 million euros.

Likewise, other teams such as AC Milan, Atlético de Madrid, Barcelona, ​​​​among others, are also behind the goals and dribbles of Luis Sinisterra, who is the most desired pearl of the moment in European football.

However, the 22-year-old Colombian player had another suitor. It is a German Bundesliga team that wants to keep Luis Sinisterra and would pay a higher value than the other squads that are following in the footsteps of the coffee grower.

It may interest you: “James Rodríguez did not understand what Real Madrid was”, a Spanish journalist upset with the Colombian for his election in the Champions League

As could be known by the German sports newspaper Kicker, the Bayer Leverkusen wants to strengthen the squad with Luis Sinisterra for next season, in which in addition to the league and German cup, they will also face the Champions League, and what better way to have Feyenoord’s striker among their ranks.

“Bayer 04 Leverkusen deals with Luis Sinisterra (22) from Feyenoord. With twelve goals in the Eredivsie and another eleven in the preliminary phase and the main phase of the Europa Conference League, the Colombian national team player called several interested parties from the big leagues to the scene”.

Similarly, the German portal indicated that the Aspirin team would pay a large amount for the signing of Luis Sinisterra, who has had a dream season with Feyenoord. “20 to 25 million euros are available as a transfer fee. Whether Bayer jumps on the bandwagon remains to be seen. No decision should be made before the Europa Conference League final against AS Roma, in which Sinisterra can make himself even more interesting”.

In the present campaign with the club, Luis Sinisterra has scored 23 goals, 12 for the Eredivisie and 11 for the UEFA Conference League while he has provided a total of 13 assists in 43 games played in all competitions. Without a doubt, his numbers are very attractive for any club in Europe, which prepares the checkbook to make their offers for the Colombian national team player.

In their last outing for the 32nd date in the Dutch league, Feyenoord equaled two goals with PSV Einhoven where Luis Sinisterra provided an assist for the first goal of the match. With this result, the Colombian winger’s team is partially in third position with 71 points when there are two days left for the championship to end.

It is worth remembering that on Wednesday, May 25, Feyenoord will play the final of the first edition of the UEFA Conference League against José Mourinho’s Roma at the Arena Kombetare in Albania. The champion between both teams will qualify for the UEFA Europa League group stage.