What gave the confrontation between Cédric Jubillar and his ex-fellow? 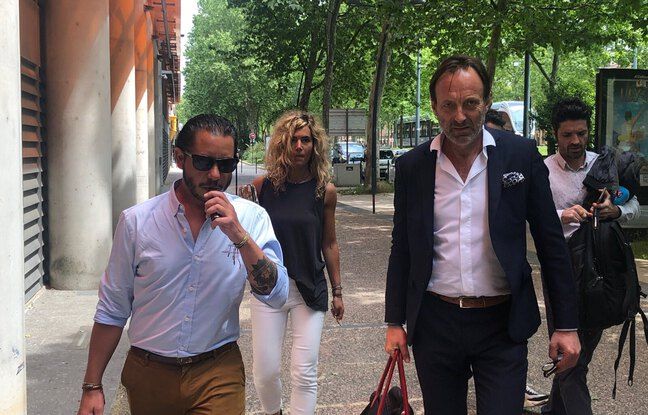 No revelations. In any case, this is the summary made by Cédric Jubillar’s lawyers after their client’s confrontation with a former prisoner, “Marco”. Last fall, the latter had told the gendarmes that the plasterer, suspected of the murder of his wife and in pre-trial detention since June 2021, had given him a confession, indicating that he had buried Delphine’s body near a farm that had burned down, not far from the marital home. Confidences that they would have exchanged through the windows of the Seysses remand center.

And as incredible as it seems, being both in solitary confinement, this Thursday is the first time that the two men met, in the office of the examining magistrates. “The versions of each other were confronted, the examining magistrates tried to determine which of the two was telling the truth and in the end nothing much came of it. Everyone stayed on their positions, we did not learn anything, ”said at the end of the four hours of confrontation, Jean-Baptiste Alary, one of the three lawyers for the husband of the young nurse, who disappeared in the night of December 15 to 16, 2020.

Renewal of the warrant of deposit

When the gendarmes had learned of the assertions of “Marco” on what Cédric Jubillar would have entrusted to him, several investigations, in particular important excavations around the burned farm. “In the end, everything this man said was verified, including the location of the body, the use of a car or a knife. In the end, everything is false, there is no confidence that corresponds to reality. Cédric Jubillar has always said that he is constantly harassed, and hardly tired he said it’s me, things he had already said and which have been verified by hundreds of gendarmes. For the rest they are inventions of a man who obviously negotiated something else, I believe his release. The prosecution has nothing in this case, now that’s enough, justice should stop this massacre and the presumption should be affirmed”, reacted Me Alexandre Martin who described the former detainee with a heavy judicial pass as “a convict”.

None of the main suspect’s lawyers expected to see new information emerge during this confrontation. “Cédric Jubillar never indicated having twisted, this whole scene told by the fellow prisoner does not exist. And in the end it gives a little the feeling that we operate under the system of evidence of the Old Regime, at the time when four hearsays were worth a proof, we are still a bit there. We have a tendency to consider that if the detainee says things it must be true, even if in the end it is false and it does not correspond to any reality, ”continued Cédric Jubillar’s ​​third lawyer, Emmanuelle Franck.

The trio of defenders now set themselves an objective in this case, that of managing to have the client released when he will appear in the next few days before the judge of freedoms and detention within the framework of the renewal of his mandate as deposit.