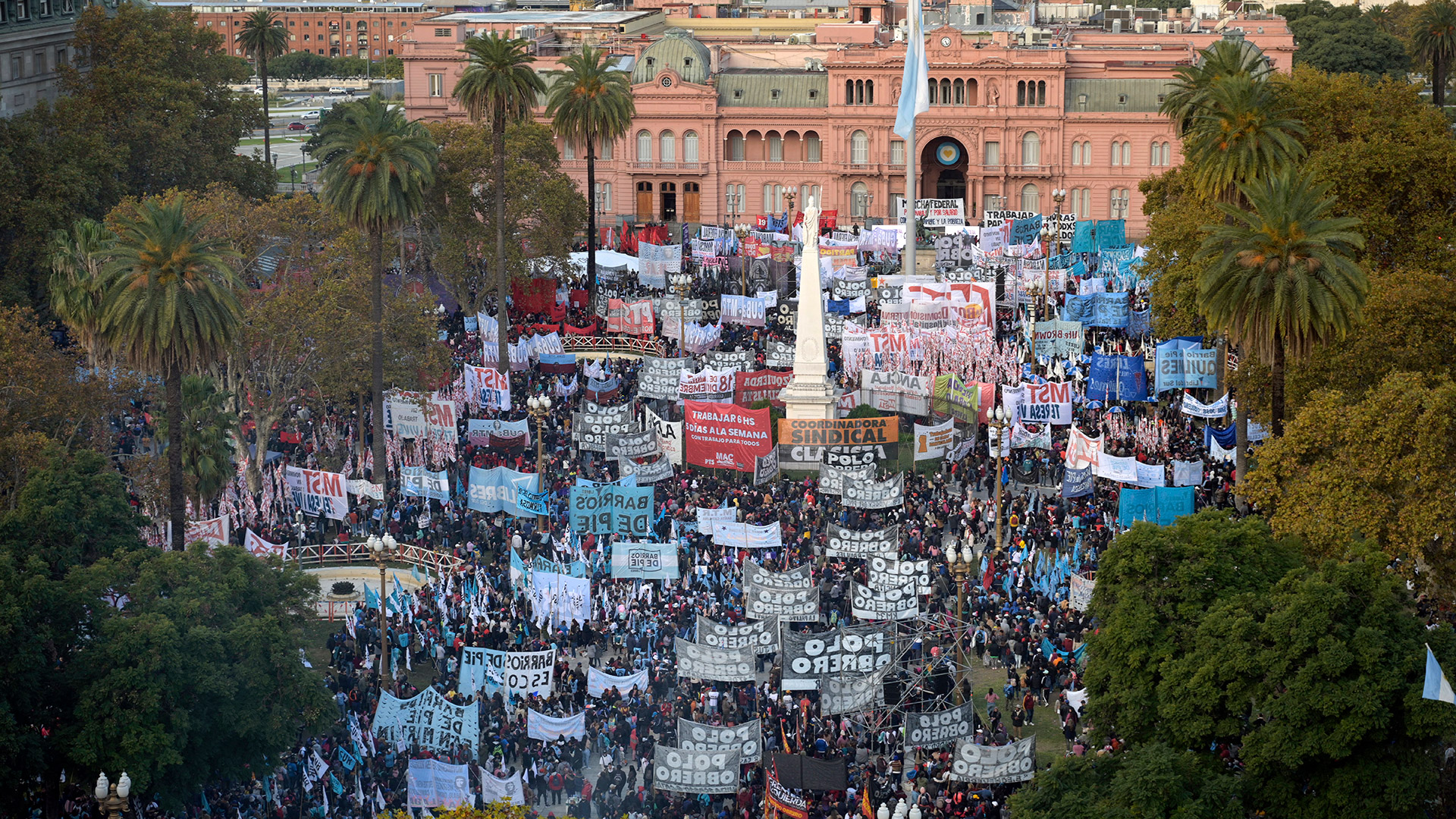 With criticism of the Government, the Federal March of the Piquetera Unit takes place

The Federal March organized by the Unión Piquetera took over the Plaza de Mayo. With drums, flags and posters, more than 50,000 protesters have been installed since this morning in front of the Casa Rosada to make two claims to the Government: they asked for “genuine work” and the “opening of social programs.”

The mobilization caused traffic complications, several avenues were temporarily closed and the circulation of the 9 de Julio Metrobus was affected by a group of protesters who stopped their walk and remained standing along the entire layout of Avenida de Mayo for more than an hour and a half. 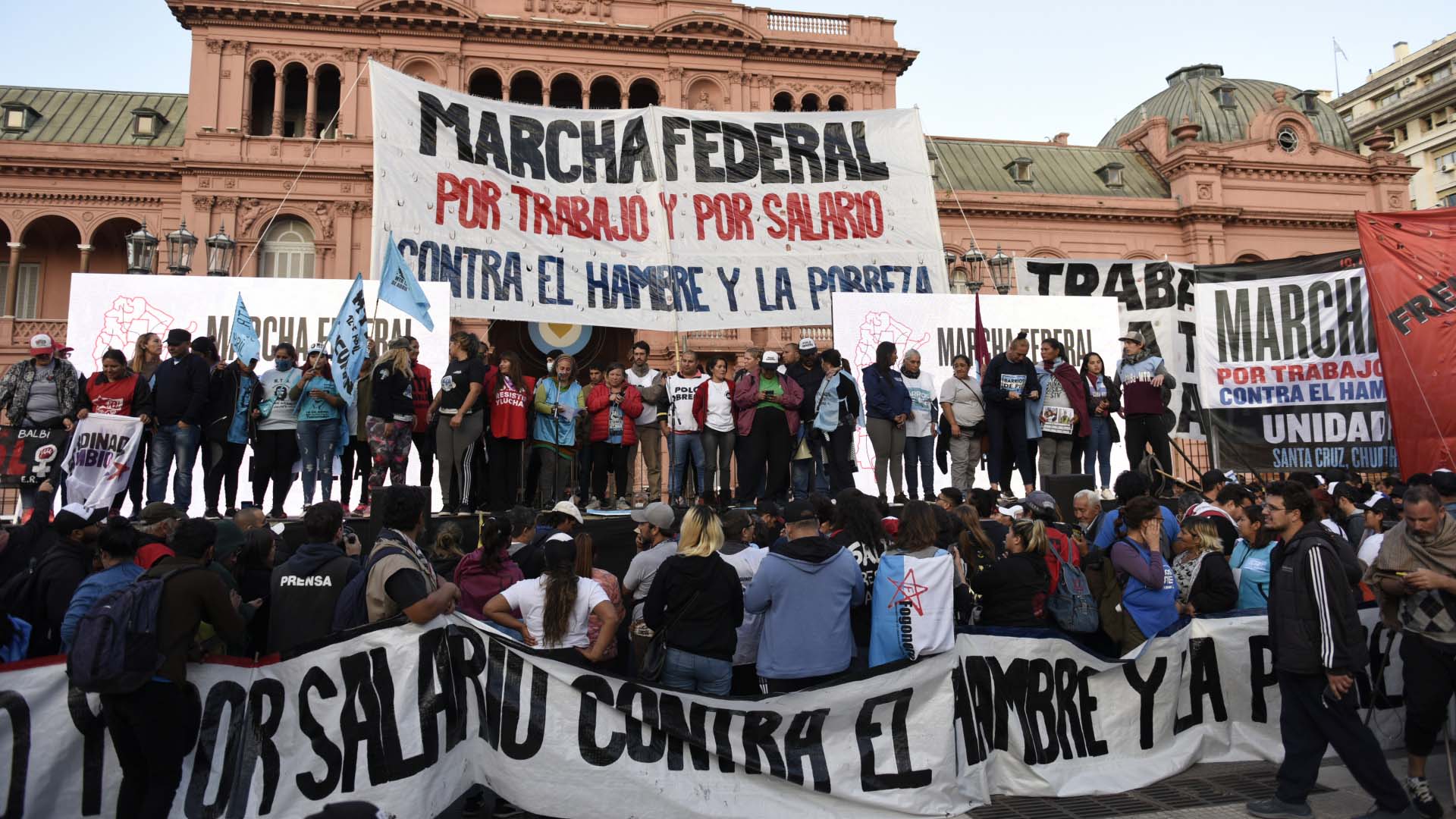 The bulk of the demonstration arrived at Plaza de Mayo around 5:00 p.m. (Gustavo Gavotti)

The march had begun last Tuesday, when the piqueteros organizations began a mobilization from all over the country to the City of Buenos Aires. This Thursday, the columns set foot on Buenos Aires soil and concentrated in the neighborhoods of Once, Constitución and Retiro before disembarking in the Plaza de Mayo. There, a document was read in which “the adjustment measures applied by the government of Alberto Fernández at the request of the International Monetary Fund” were denounced.

The event, which was scheduled for 3 p.m., was delayed and began around 6 p.m. As anticipated, once it was over, the demonstration ended and there was no camping. The place began to unravel around 7 p.m. 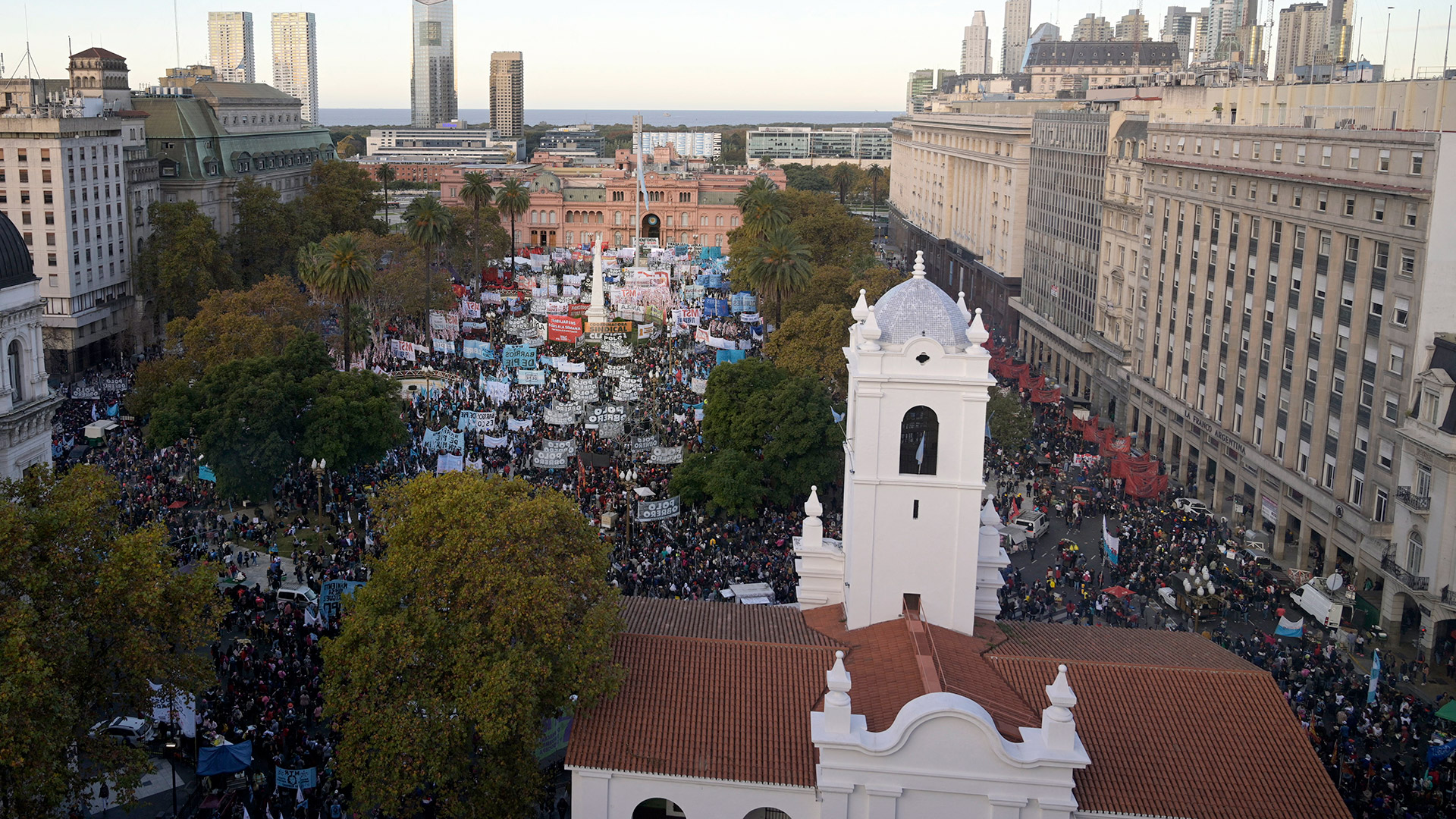 “For social change, let everyone go”, “No to the adjustments of the Government and the IMF; the debt is with the people” and “For a genuine job and a salary equal to the family basket”, was read in some of the posters that were observed in the march.

The protest had its origin in the decision of President Alberto Fernández, through the Minister of Social Development, Juan Zabaleta, not to extend the Empower Work program to more beneficiaries.

Eduardo Belliboni, referent of the Polo Obrero, assured this afternoon that “if the Government does not listen to this massive claim, it is because it is deaf or listens to other voices that ask to continue adjusting.” 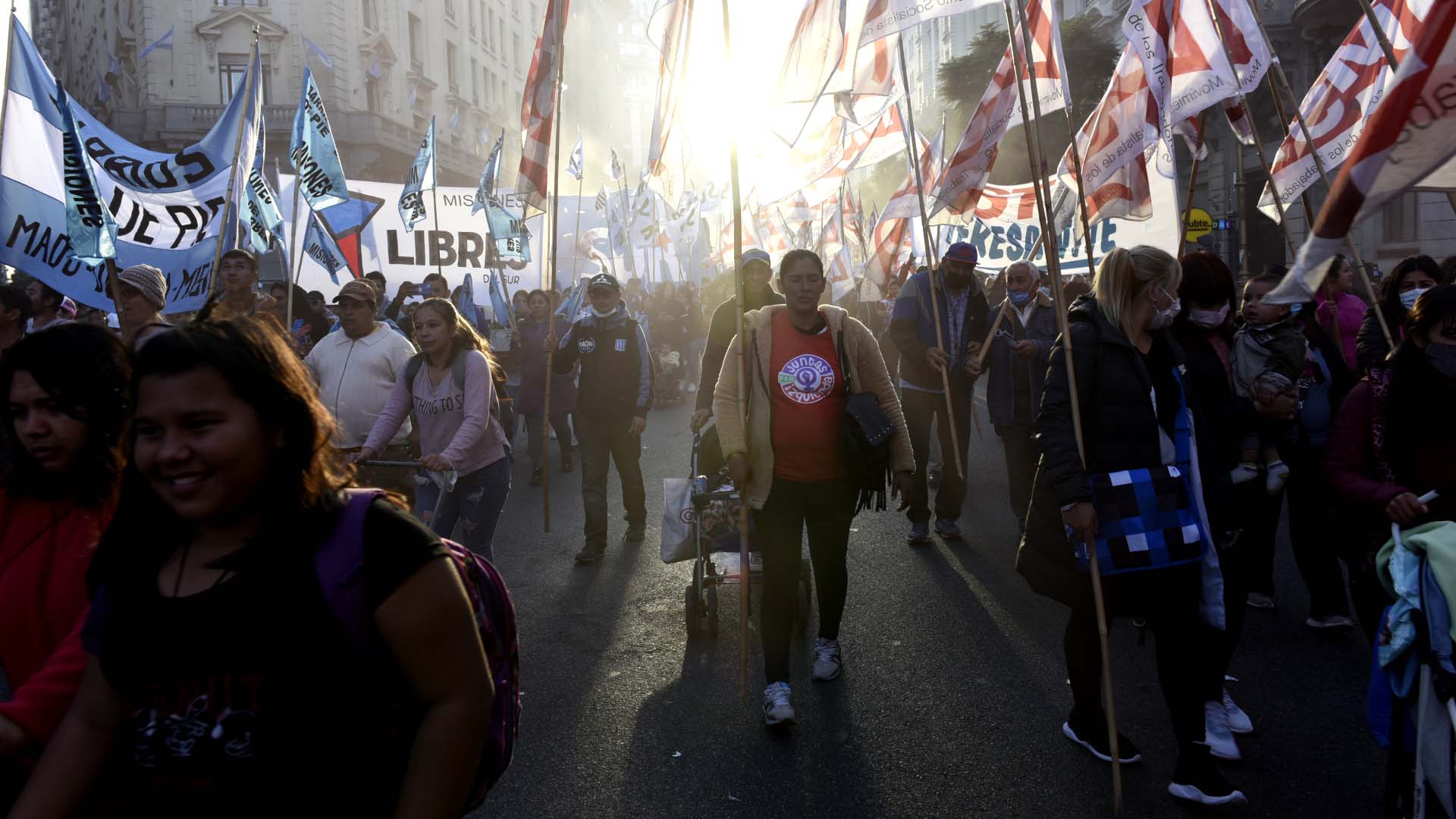 The Federal March had three slopes or heads of caravans. The first of them was concentrated in Retiro. They were the columns that came from the NEA and NOA. The route to the main event included Alem, Córdoba, 9 de Julio and Diagonal Norte avenues, to enter Plaza de Mayo from there. 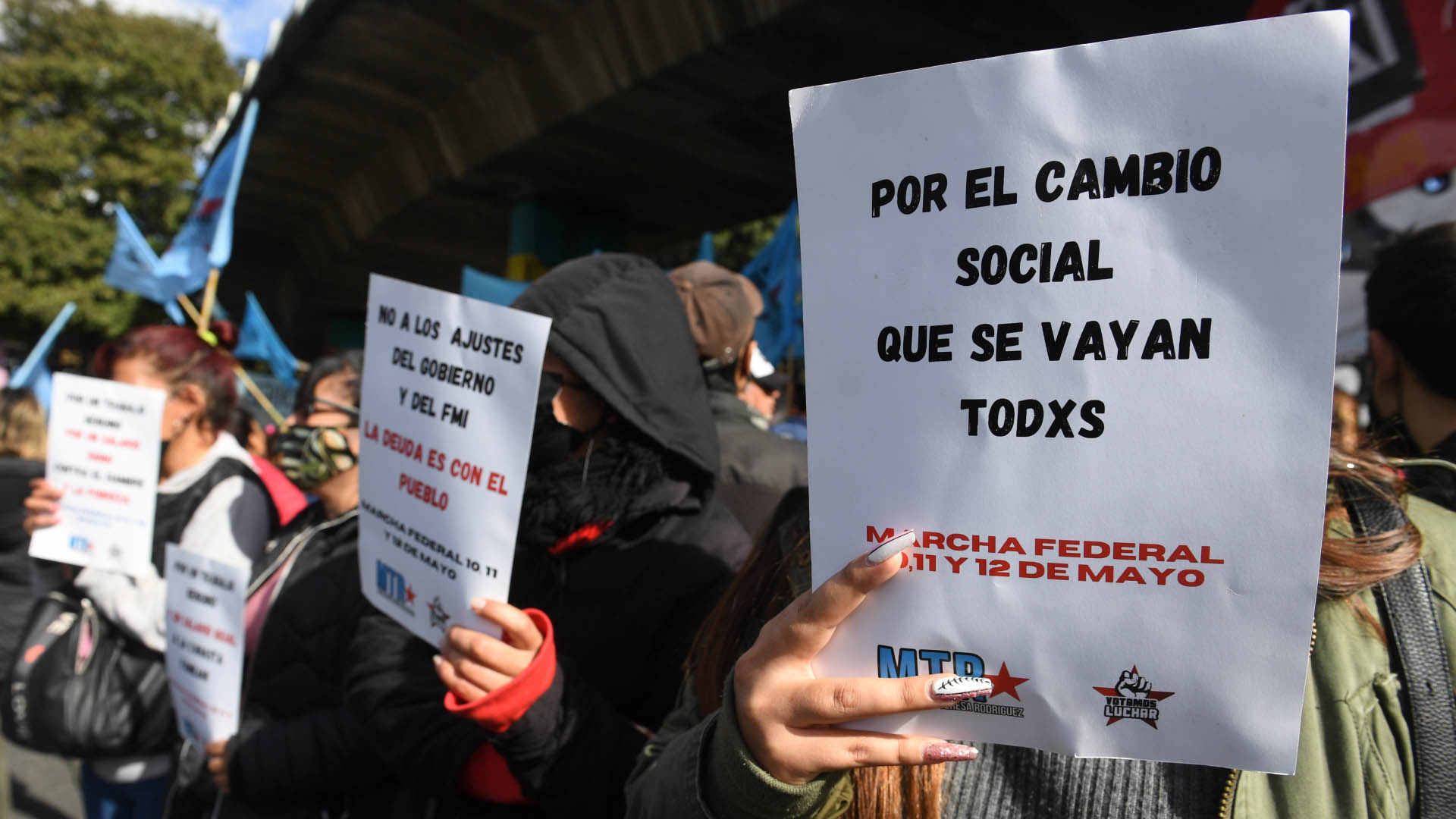 An MTR protester holds a sign asking “everyone to leave”

The second caravan concentrated on Eleven. They were the demonstrators who came from the provinces of Cuyo and Neuquén. In this case, the buses traveled along Avenida Alberdi, Avenida Directory and their continuity San Juan, Avenida Belgrano, Avenida Rivadavia before arriving at Plaza de Mayo. 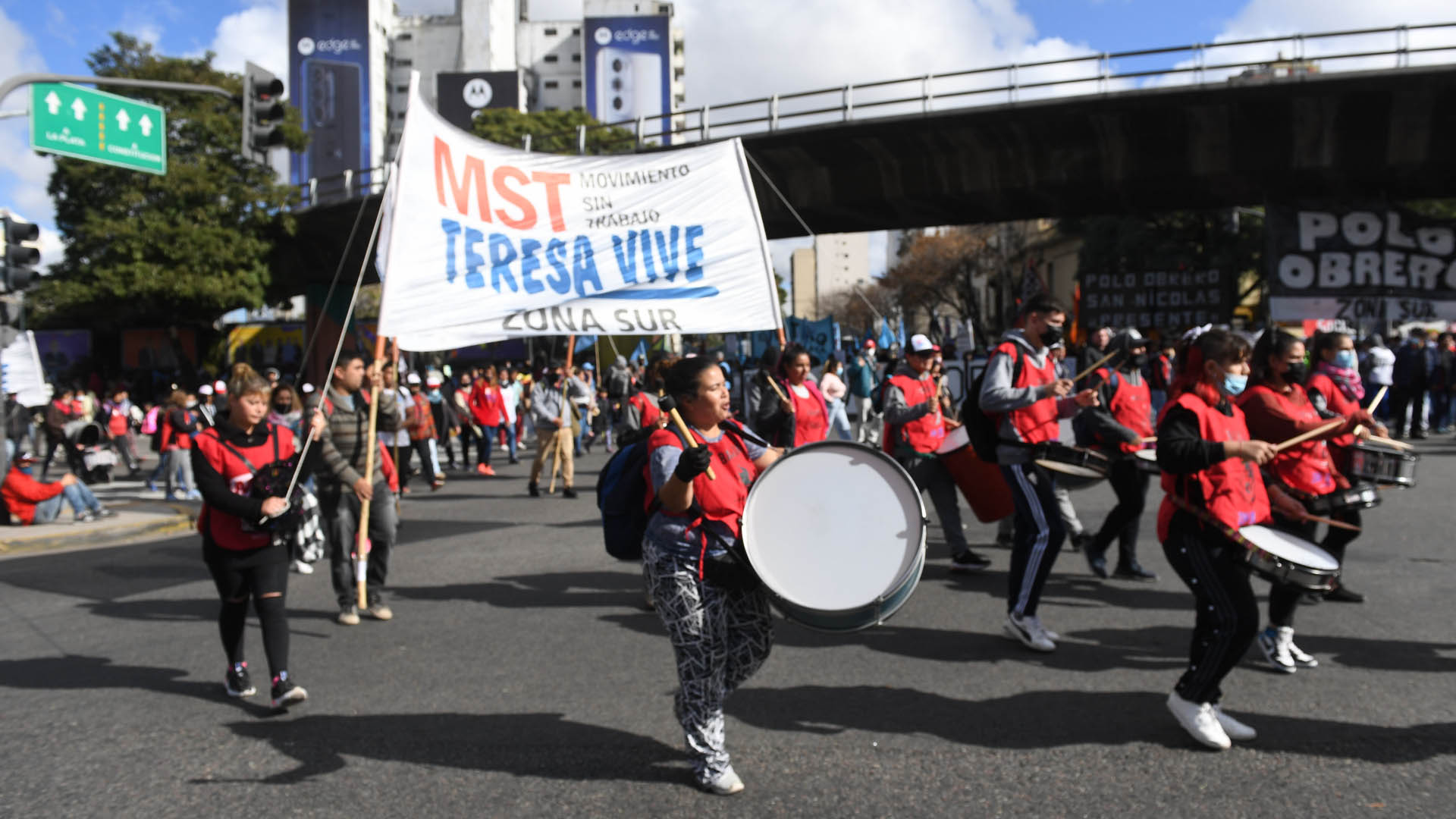 The third caravan had Constitución as a meeting point. Those who arrived from Patagonia, the interior of the province of Buenos Aires and Greater Buenos Aires met there. The route of this column was: San Juan Avenue, 9 de Julio Avenue, Belgrano Avenue. The entrance to Plaza de Mayo was also made through Diagonal Sur. 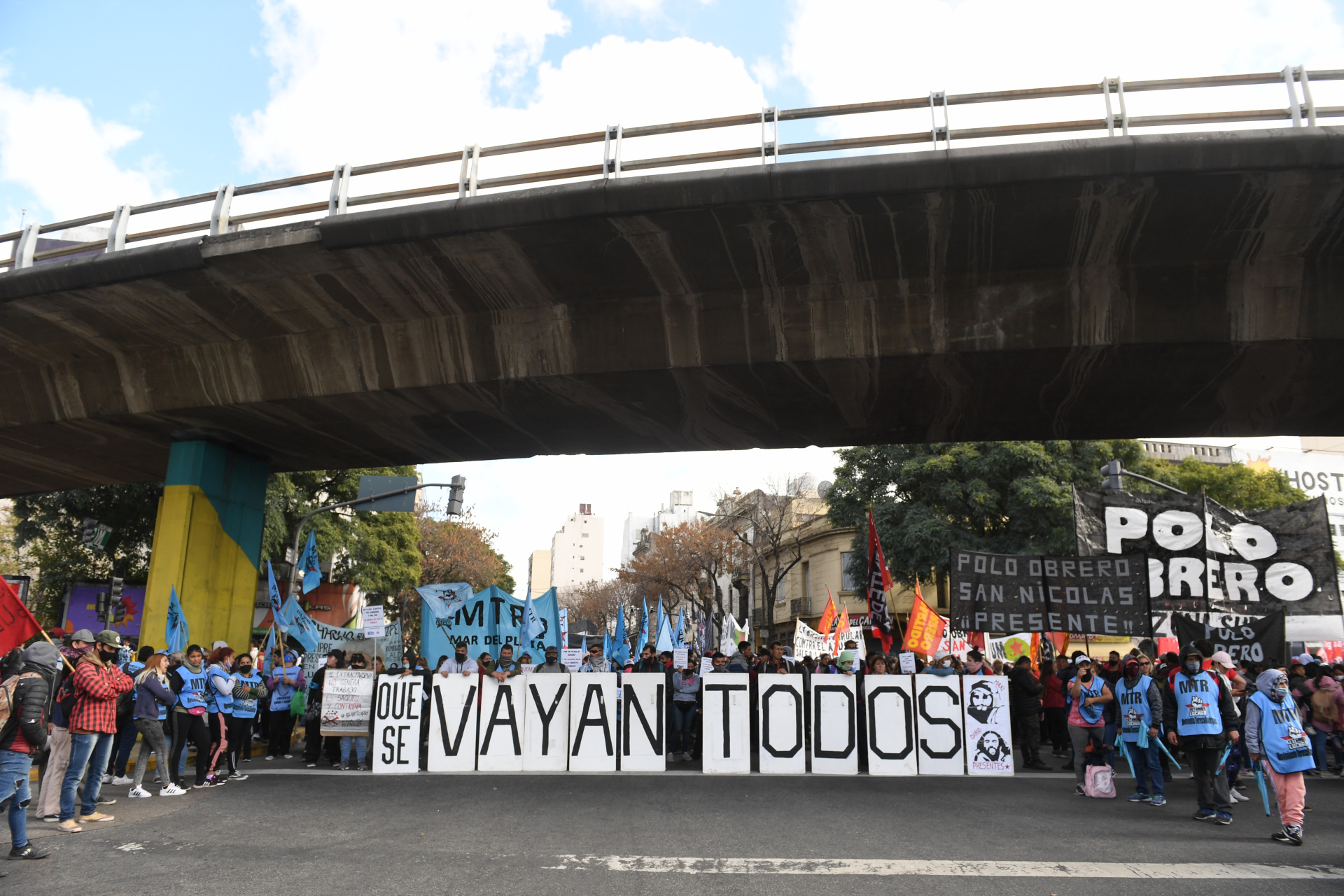 Before crossing to CABA, the picketers held a tribute ceremony at the Darío y Maxi Station, the former Avellaneda Station that bears that name in memory of the militants killed by the Buenos Aires police Darío Santillán and Maximiliano Kosteki. 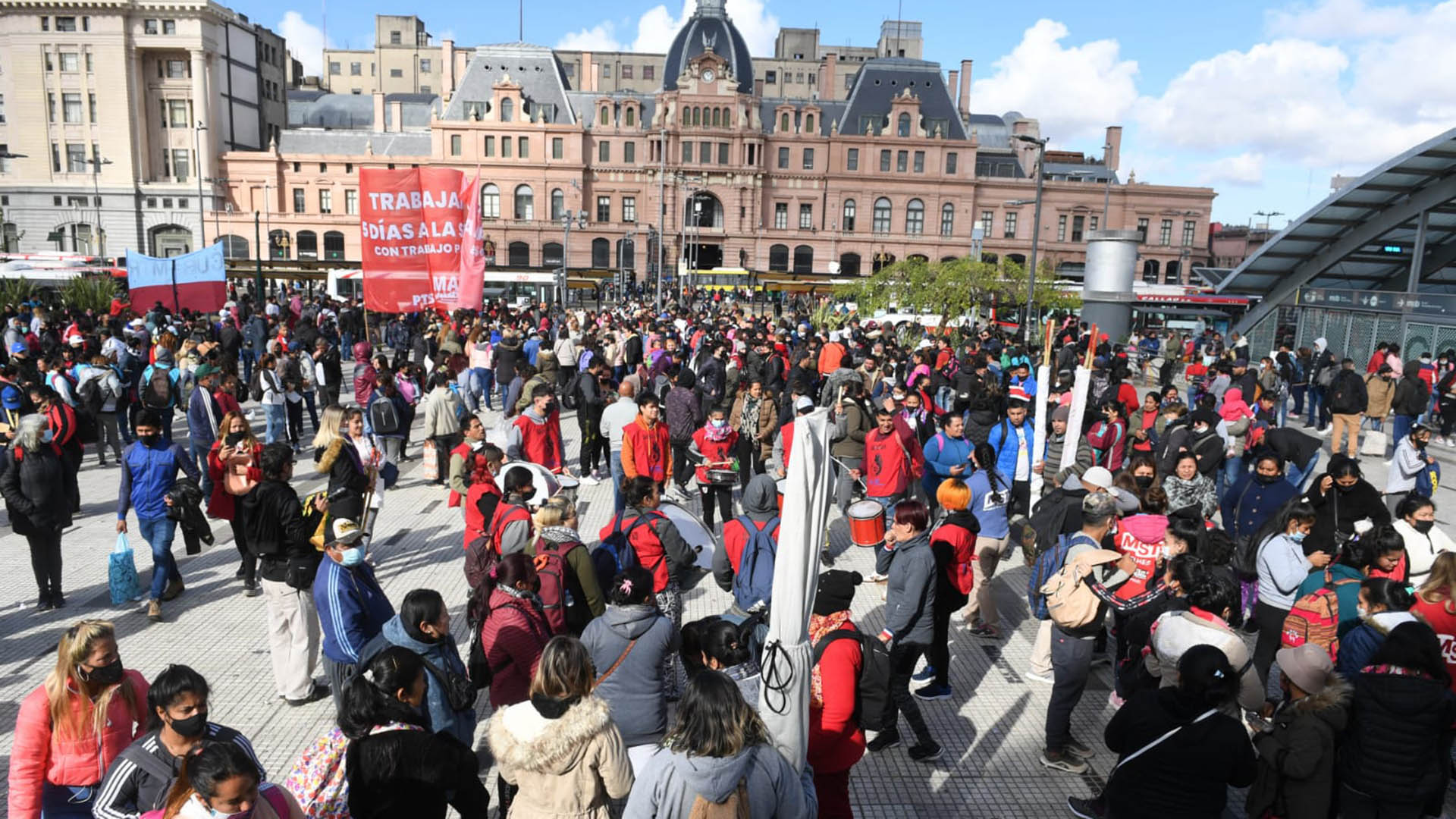 The Federal Piquetero March is the culmination of the plan to fight for “a vindictive and political agenda” voted in the plenary held on March 11 and 12 in Plaza de Mayo with the presence of more than 3,500 delegates. As part of the demonstration, the picketers carried out massive demonstrations in the main provincial capitals, including Rosario, Ushuaia, San Salvador de Jujuy, Salta, Paraná and Córdoba. 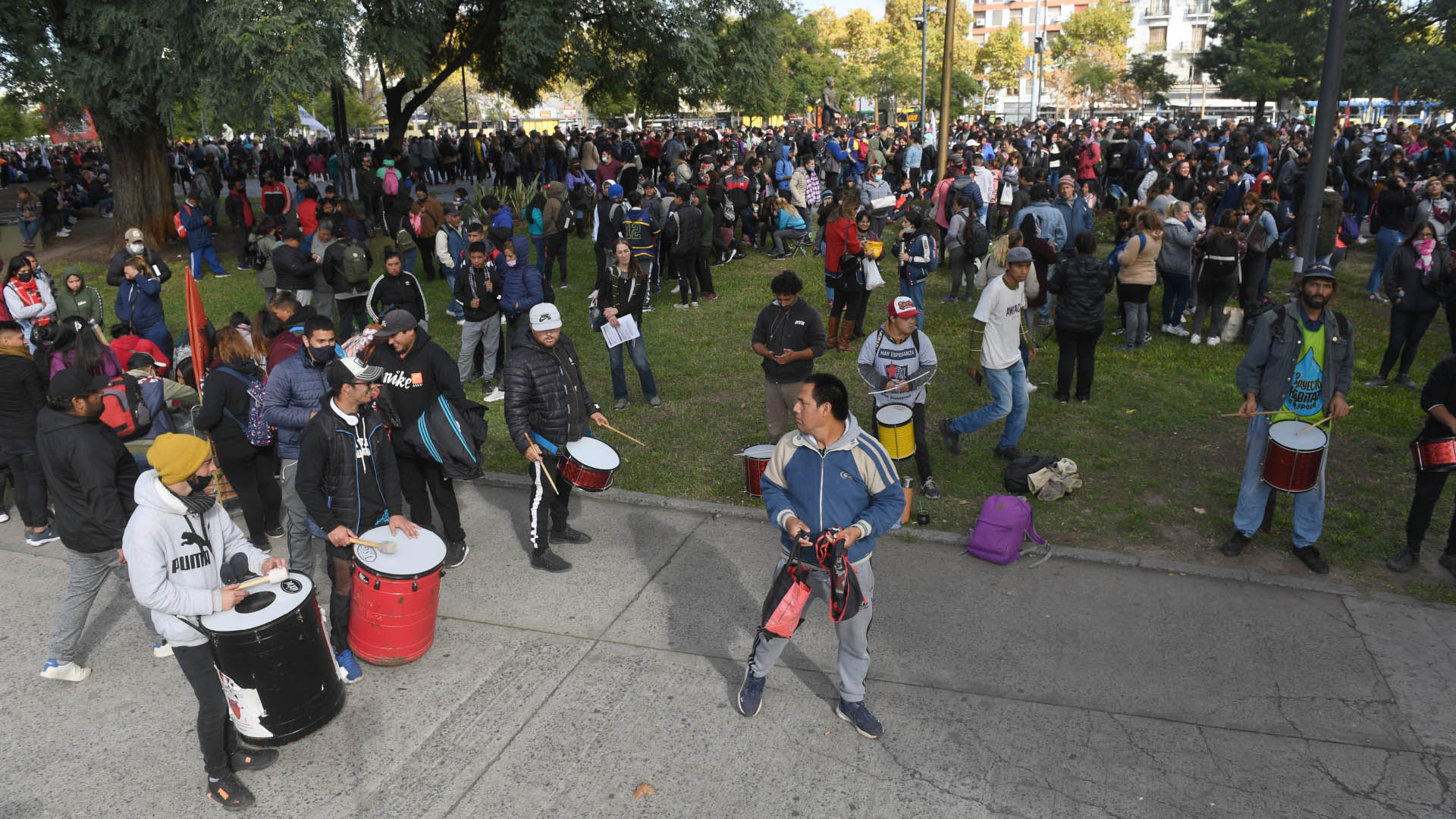 Federal Piquetera March: CABA called on the national government for a dialogue table to respond to the claims Organizations linked to Kirchnerism join the request for a universal salary and increase pressure against Guzmán Federal Piquetera March: the details of the mobilization that begins today and ends on Thursday in Plaza de Mayo