The emotional message of Edson Álvarez after becoming champion with Ajax 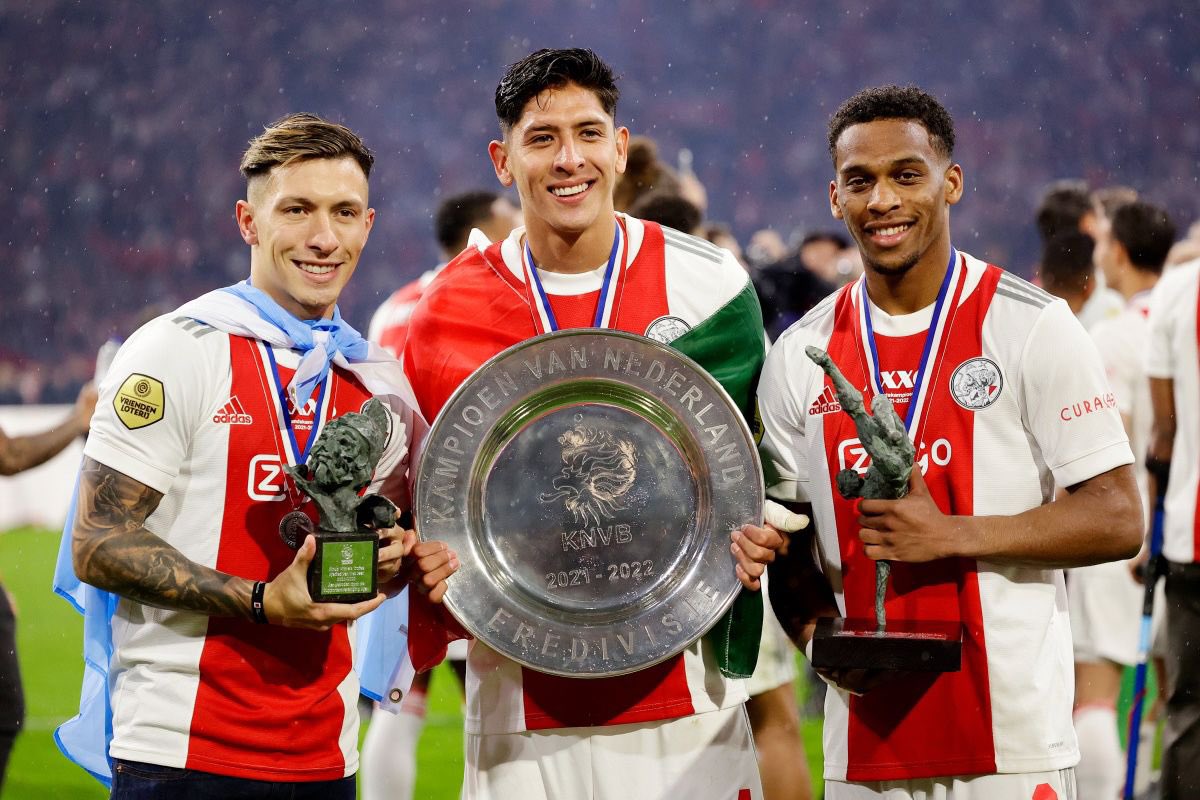 For the second consecutive year, the Ajax Amsterdam team was proclaimed champion of the Eredivisie after defeating Heerenveen with a score of 5 – 0, with this Edson Álvarez shone again as the Mexican soccer player who stood out in the Dutch league and who was part of the annotations that led the club to meet its objectives.

For this reason, he took advantage of the moment to write a message with which he celebrated his victory. Through a publication on his verified profile on Instagram, the American youth squad published a letter aimed at the goal that he pursued throughout the tournament season.

Briefly, the machine He invited his followers not to give up and follow the dreams that are proposed. He accompanied the publication with a series of photographs in which he is seen celebrating the trophy that he won on the afternoon of Wednesday, May 5, on the field of the Amsterdam Arena.

This is how Edson Álvarez published it in networks:

“The battles of life are continuous, and they are not won by the strongest, but by the one who never gives up on his dream. Weer kampioen van Nederlan” 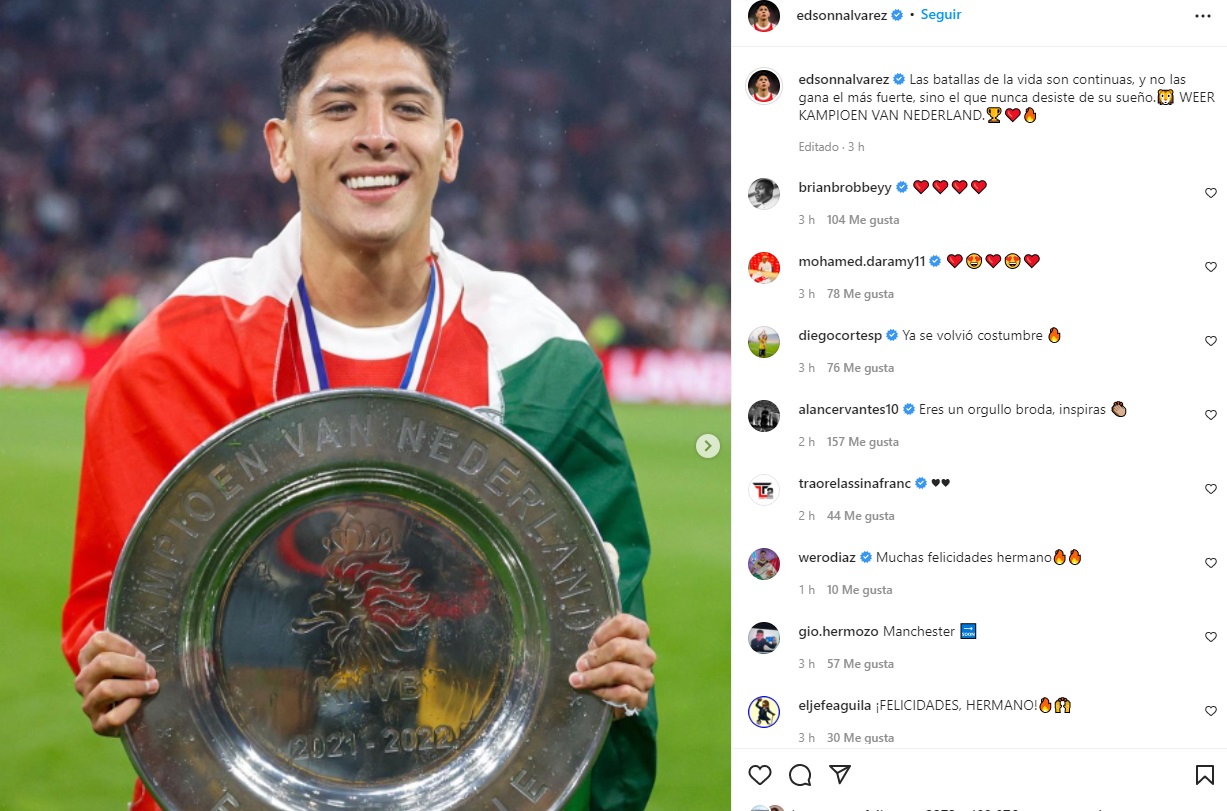 Edson Álvarez and his emotional message after being champion with Ajax (Photo: Instagram/@edsonnalvarez)

When the referee whistled the end of the game, the Ajax players began with the celebrations and among the actions that the Mexican midfielder carried out was that he jumped onto the field with the Mexican flag. Just as on the first occasion in which he was proclaimed champion of the Eredivisie, Edson once again boasted the flag of his country.

Throughout the game, Edson Álvarez played an important role on the field, since from the midfield he provided a dynamism that allowed his team to maintain control of the ball; In addition, he played the 90 minutes of the match. When the victory was already more than clear for those led by Erik ten Hag, the Mexican scored a fifth goal that caused a great celebration among the fans.

The play of his annotation fell after a corner shot from the left end, in the first instance the charge went off course, but in a recovery of the ball by Ajax the ball was left to Edson, who with a sweep finished the I charge and sent the ball to the back of the net.