“The Bonfanti affair”, the disappearance of a mother resolved 36 years later 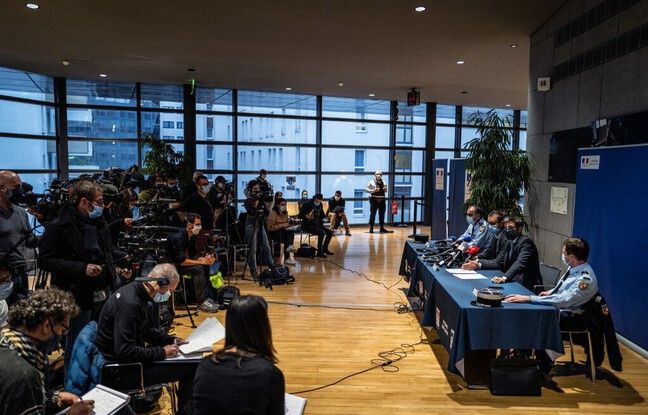 A second elucidation of “cold case” in less than a year. After the Marinescu affair, investigators from the research section of the Grenoble gendarmerie have just solved the mystery of the disappearance of Marie-Thérèse Bonfanti. Thirty-six years after the events, a 56-year-old man was indicted for “kidnapping, forcible confinement and murder”, said the public prosecutor Eric Vaillant, during a press conference this Thursday afternoon. The suspect confessed on Sunday, he said, confirming information from RTL and Dauphiné Libéré. The opportunity to take stock of the elements of the file unveiled this Thursday.

Who was Marie Therese Bonfanti?

Aged 25 at the time, the victim was married and the mother of two children, including a six-month-old baby. On May 22, 1986, she drove to 1140 avenue de la gare in Pontcharra. There, she must deliver newspapers to a third party, who is then responsible for distributing them locally. At the address given was a house, now destroyed, containing six dwellings occupied by tenants. Another dwelling house, attached to this building, was occupied by the owner of the rented accommodation.

At 3:30 p.m., a neighbor sees her near her car with a packet of newspapers in her hands. She then heads for the tenants’ entrance. “This is the last time she will be seen”, relates Boris Duffau, assistant prosecutor. In the evening, her husband, worried about not seeing her return, reports her disappearance to the gendarmes.

What are the first elements of the investigation?

The same evening, the soldiers discovered the victim’s car near the house. The vehicle keys are on the dashboard and her purse is on the front seat. For ten days, the investigators will comb the surroundings to find her. In vain. They suspect three people, starting with the husband. But his schedule exculpates him very quickly. The recipient of the newspapers is also suspected. Verification made, he is exonerated because on May 22, 1986, he was at the Chambéry maternity hospital, where his wife had just given birth. There remains Yves C, a young man of 21, owner of the rental apartments. It is he who resides in the adjoining house.

“His profile and his judicial past will attract the attention of investigators”, underlines Boris Duffau. To his credit, a first assault committed at the age of 14 and during which he attacked a woman riding a bicycle. “In April 1985, he strangled a motorist. He will be sentenced to an eight-month suspended prison sentence and a fine of 5,000 francs, ”reveals the deputy prosecutor.

A week after the disappearance of Marie-Thérèse Bonfanti, the suspect and his wife are placed in police custody. Their statements do not coincide and remain approximate. For lack of sufficient evidence, the couple will be released and a dismissal will be returned by the investigating judge in November 1987. Then, confirmed on appeal in June 1988.

What elements made it possible to reopen the file?

It took until 2020 for the victim’s brother to convince the judicial authorities to relaunch the investigation. In “a kind of detailed memoir”, addressed to the public prosecutor of Grenoble, he argues in “a particularly detailed way” the reasons according to which it seems necessary to reopen the file. “This elucidation is first of all the consequence of the perseverance of the families helped by their lawyers and the associations of the families of the disappeared”, confirms Eric Vaillant.

Created in 2021, the “cold case” group of the Grenoble research section, whose members worked on the murders of Maëlys De Araujo and Victorine Dartois, mobilizes three gendarmes on the case. “Particularly pugnacious, they relied on the quality of the investigation carried out by the first soldiers who had, among other things, considered the lead that we exploited, explains Colonel James, the head of the cold case cell. After having worked on several hypotheses, it is the only one that was consistent with regard to the investigations carried out. »

Only, given the age of the facts and the difficulty of finding the seals of the time, the gendarmes “had to reconstruct the entire procedure” by searching in different types of archives, such as the historical service of the Defense in Vincennes, and complete them with “documents held by the family of the victim or neighbors”.

What did the suspect say in custody?

In view of the results obtained by the gendarmes, Yves C will be arrested again on Sunday May 8, 2022. He acknowledges the facts, explaining that he had “a verbal altercation” with the mother of the family. “His car was in the way of his. He returned to his home, Marie-Thérèse Bonfanti went to find him at home to ask him to apologize for his behavior. He then grabbed her by the neck with both hands and killed her by strangulation”, says Boris Duffau, specifying that there “is no sexual connotation, at this stage”.

Then, the man loaded his body in the trunk of his car, drove a few kilometers and deposited it in the middle of nature. “He did not give any other motive to explain his gesture”, continues the prosecutor, adding that the investigations will continue.

Will the suspect be tried?

As in most “cold case” cases, the question of limitation arises. “The offense of kidnapping and forcible confinement being a continuous offense, it is still not prescribed despite the 36 years that have passed”, answers Eric Vaillant. But do you still have to prove it? Only investigation will do that. If the kidnapping and sequestration are not proven, there will remain the murder “likely to be prescribed” (10 years after the last act of investigation interrupting the prescription).

“A complex legal debate will take place on the subject, the magistrates and lawyers in charge of this case have known this from the start”, predicts the public prosecutor. And to add: “The Grenoble prosecution will argue in the direction of the absence of prescription of the murder, but the Court of Cassation will probably have to intervene to definitively settle the debate as it has already had to do in the past. »