Struggles and pushes from Congress security prevent journalists from entering 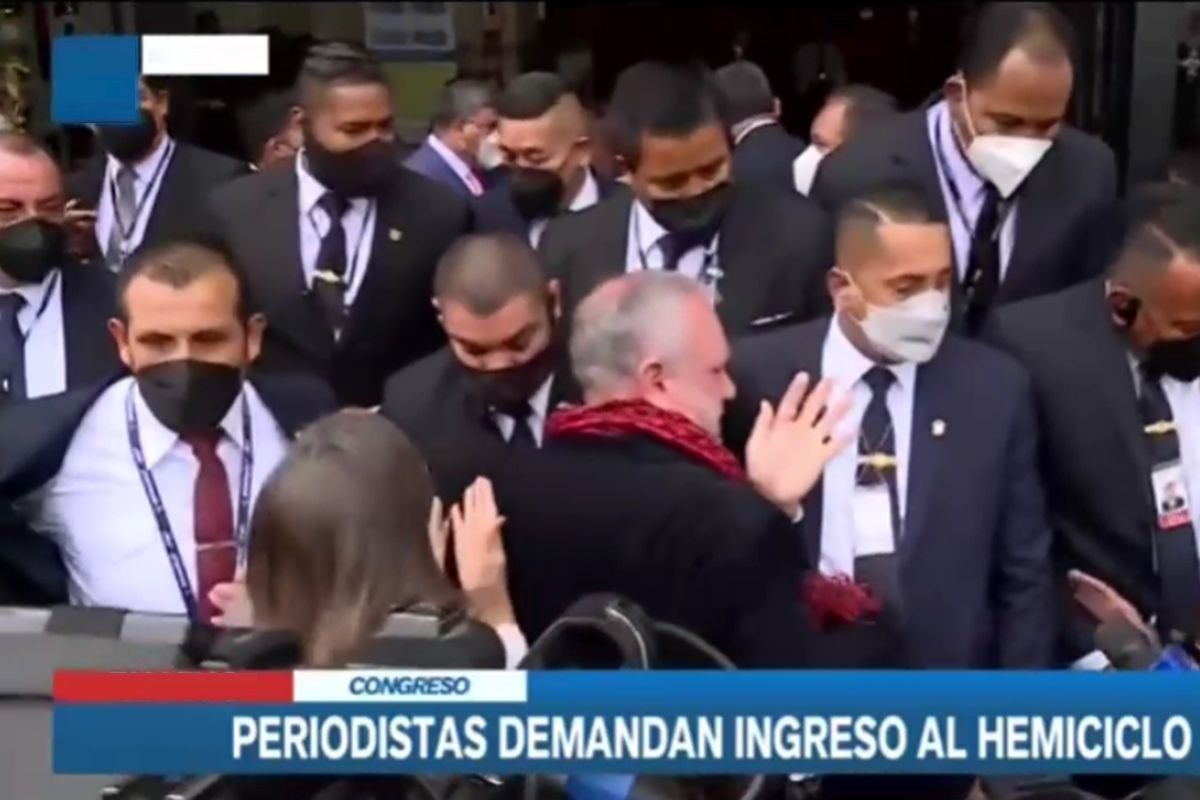 Congress of the Republic prevents the entry of journalists | Image: Channel N

A wall of security agents was formed at the door of the Legislative Palace to prevent the entry of representatives of the media, who demand that the press men be able to return to cover the incidents of the Congress from inside, as they used to do before the start of the pandemic.

This morning, a group of journalists held a significant protest outside Congress and asked the congressmen for their position regarding the reestablishment of income for women and men of the press.

One of those legislators addressed was Waldemar Cerrón, from Peru Libre, who stated that he agreed that journalists have a space inside the Legislative Palace and promised that the representatives of the media enter to leave a document with your petition.

However, unnecessarily, a wall of security agents formed at the door and did not allow entry, not even Congressman Waldemar Cerrón himself, nor journalist Augusto Álvarez Rodrich and two other representatives of the media.

After a few minutes, between shoves and struggles, the legislator from Peru Libre was able to enter, then Álvarez Rodrich and only one more representative from the media.

Security prevents journalists from entering the Congress of the Republic | VIDEO: RPP TV

Aníbal Torres responds TODAY Thursday to the interpellatory statement of the Congress of the RepublicThe Constituent Assembly is no more, according to Aníbal Torres: “The Congress has already pronounced itself and that ends there”Aníbal Torres resigned from the PCM, but will remain in office “so as not to please the press”Norma Yarrow hopes that President Pedro Castillo accepts the resignation of Prime Minister Aníbal Torres