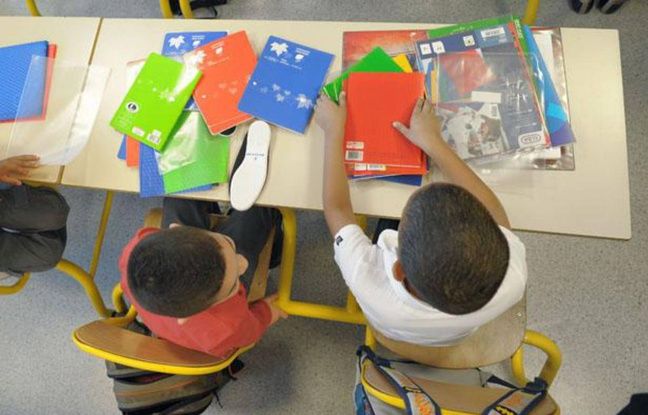 They were six to take legal action. The teachers of an elementary school in Saint-Denis (Seine-Saint-Denis), who challenged their transfer forced by the rectorate in the name of “the interest of the service”, were dismissed by the administrative court of Montreuil, a AFP learned on Wednesday.

The judge in chambers considered that the arguments opposed by the teachers of the Louis-Pasteur school were unfounded, according to an order consulted by AFP. The intention of the rectorate of the Créteil academy was not to “sanction” them or to “question” their union commitment, but to act in the face of “the deterioration of the climate” within the establishment, she considered.

The judge also considered that “the best interests of the child” were respected because substitute teachers were assigned to the classes concerned. The transferred teachers had expressed their fears in the face of a sudden break with the students, some of whom are in great difficulty or have a disability.

These six teachers, five women and one man, had filed a summary release (emergency procedure) alongside the Sud Education 93 and SNUipp-FSU 93 unions, as well as parents of students, to challenge their transfer which entered into force. Monday. It results from an administrative investigation carried out from November 2021 to March 2022 on the operation of this establishment classified REP +, welcoming around 300 students.

The arrival of an ephemeral director last September had deteriorated relations with the team, according to the teachers’ account. Then an article on “leftism at school”, published in January in the conservative magazine l’Incorrect, had set fire to the powder. The director, who testified anonymously, then left the establishment.

The National Education criticizes teachers in particular for a “systematic opposition posture”, attempts to impose “a framework of self-management” or even “a manipulative attitude”. These are “allegations” without foundation or proof, according to the teachers, who are “incomprehensible” in the face of “empty” files of evidence.
Their lawyer Me Arié Alimi told AFP on Wednesday that his clients were considering a possible appeal of this decision before the Council of State.