Iconoclasm in Ukraine: ‘Russian’ statues removed, or put back 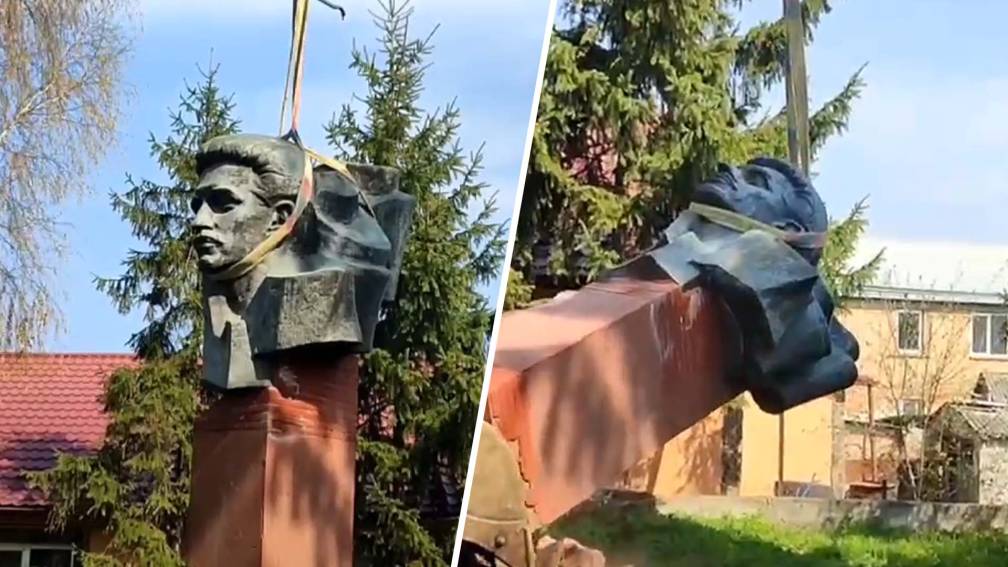 The most famous incident concerns the monument to the friendship of nations in Kiev, where a Russian and a Ukrainian stood hand-in-hand under a huge rainbow. “After the relationship between Ukraine and Russia cooled considerably in 2014, a crack was already painted on the monument,” says Ukraine expert Maurits Foorthuis.

But at the end of April, the statue of the Russian was beheaded, after which the statue was removed.

Elsewhere in Ukraine, for example, local authorities removed statues, sometimes by relocating them in another place, such as in a museum.

The ‘iconoclasm’ is not entirely new. “Statues that are reminiscent of communism have been out of favor for some time,” says Karel Berkhoff of the NIOD. After the collapse of the Soviet Union, many statues of Lenin fell; when the pro-Western winds in Ukraine started to blow in recent decades, it happened again.

But now everything Russian is a target, including poets and historical figures. “The poet Pushkin has nothing to do with war, but he represents a self-confident, Russian culture,” says Berkhoff. “People don’t want to know about that right now.”

Whereas the iconoclasm previously turned against communism, now Russia is the target. “In our research, we see an extremely negative attitude towards anything to do with Russia and the Soviet Union,” said Petrenko-Lysak.

Sometimes monuments referring to the Second World War and monuments to Soviet soldiers are also destroyed. Those Soviet soldiers were also Ukrainians in many cases. A monument to Russian resistance fighter Zoya Kosmodemyanskaya was also knocked down in Chernihiv.

People in Russia find the iconoclasm appalling, says Elizaveta Gaufman, an assistant professor at the University of Groningen who specializes in the debate in Russia. “The political elite see this as a rejection, which it is, of course. And they don’t think Ukraine is grateful enough for the shared history,” Gaufman said.