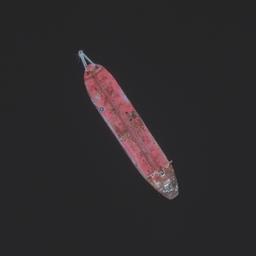 The Dutch government is allocating 7.5 million euros for the salvage of an oil tanker off the coast of Yemen, Minister for Foreign Trade and Development Cooperation Liesje Schreinemacher announced during a (digital) donor conference organized by the UN. In total, more than 31 million euros was collected.

According to the minister, the oil tanker with the name FSO Safer could start leaking oil at any moment, which could lead to enormous damage to people and the environment. According to her, the UN has a concrete plan to prevent a natural disaster. But that required money. The Netherlands is therefore now making a contribution and “will support the UN in their work to salvage the tanker in the coming weeks,” said Minister Schreinemacher.

The FSO Safer, with more than a million barrels of oil on board, has been off the coast of Yemen for years. Due to the civil war in that country, no maintenance has been carried out on the rusting ship for years. At the end of January, Greenpeace already called for the oil to be transferred to other ships to prevent “one of the biggest oil disasters in history”.

According to the cabinet and the UN, almost 38 million euros is now available for the salvage operation. A total of more than 135 million euros would be needed, of which about 75 million for the storage of the oil on board the FSO Safer. According to Minister Wopke Hoekstra of Foreign Affairs, it is estimated that cleaning up a possible environmental disaster would cost around 19 billion euros.

The organizers of the donor conference emphasize that the oil spill from the ship would constitute “a humanitarian and environmental catastrophe” with major economic damage as a result. The UN and the government also warn that more than 200,000 fishermen from Yemen would lose their main source of livelihood.

Greenpeace says in a response that the promised money should be enough to start the salvage operation in the coming weeks, but also indicates that it is certainly not enough yet. “The full amount needed has not yet been committed and the situation of the FSO Safer is deteriorating every day.”

The environmental group is calling on countries to “keep their promises” and ensure that the oil on board the tanker is “moved to safety quickly and safely”. Greenpeace also advocates sending materials as floating barriers to Yemen now, in order to immediately contain a possible oil spill.