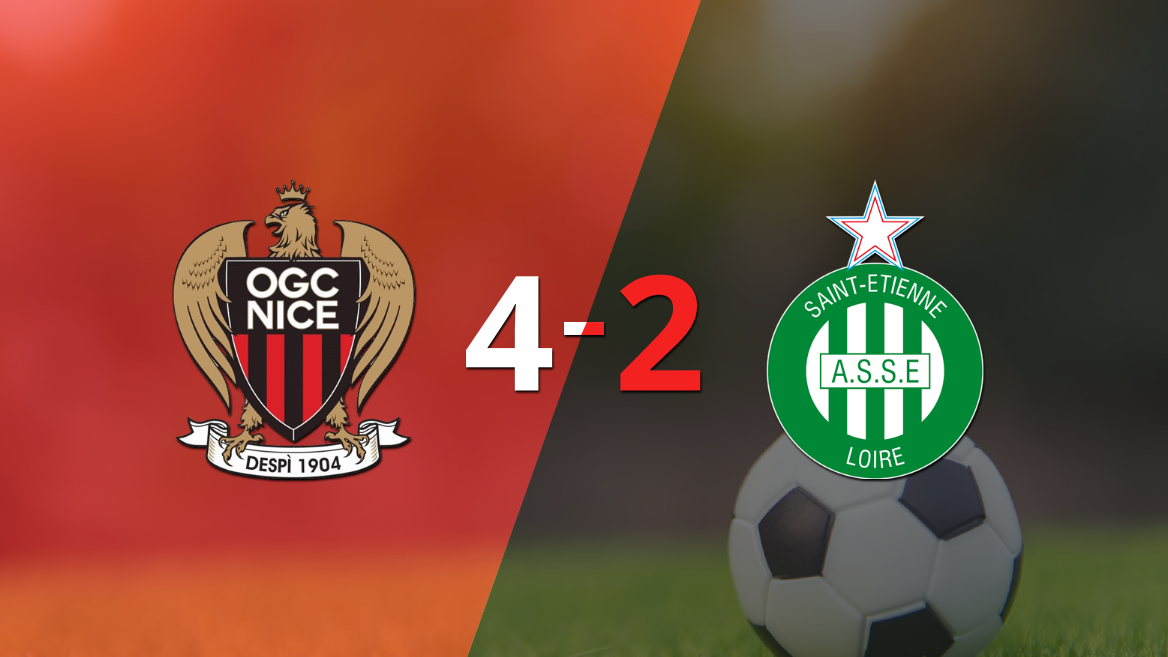 A great play by S. Etienne, 48 minutes into the first half, was the one that moved the scoreboard thanks to Zaydou Youssouf. After receiving an assist from Ryad Boudebouz, the midfielder placed it to the left post and down. Impossible for the goalkeeper!

The best player of the match was Andy Delort. The Nice attacker scored 2 goals and shot at the opposite goal 5 times.

The process of the game was very disputed, with few spaces for game creation. There were several cautioned: Yvann Macon, Flavius ​​Daniliuc, Eliaquim Mangala, Justin Kluivert and Harold Moukoudi.

For its part, Pascal Dupraz’s team took the field with a 3-5-2 scheme with Paul Bernardoni under the three sticks; Eliaquim Mangala, Harold Moukoudi and Saidou Sow in defense; Yvann Macon, Zaydou Youssouf, Mahdi Camara, Gabriel Silva and Ryad Boudebouz at half court; and Arnaud Nordin and Denis Bouanga up front.

Ruddy Buquet was the referee who directed the match at Le Grand Stade.

Nice’s next match in the championship will be at home against Lille, while S. Etienne host Stade de Reims.

With this result, the host of the match reaches 63 points and is in fourth place. For its part, the visiting team remains at 31 units and is in eighteenth place in the tournament.