The Aeroméxico company reported this Thursday an incident with one of its planes at the Benito Juárez International Airport (AICM), the second in less than a week, which has brought questions to the city’s air safety.

According to the airline, one of its ships had to abort the landing on Wednesday night at the AICM because the runway was occupied by another plane. 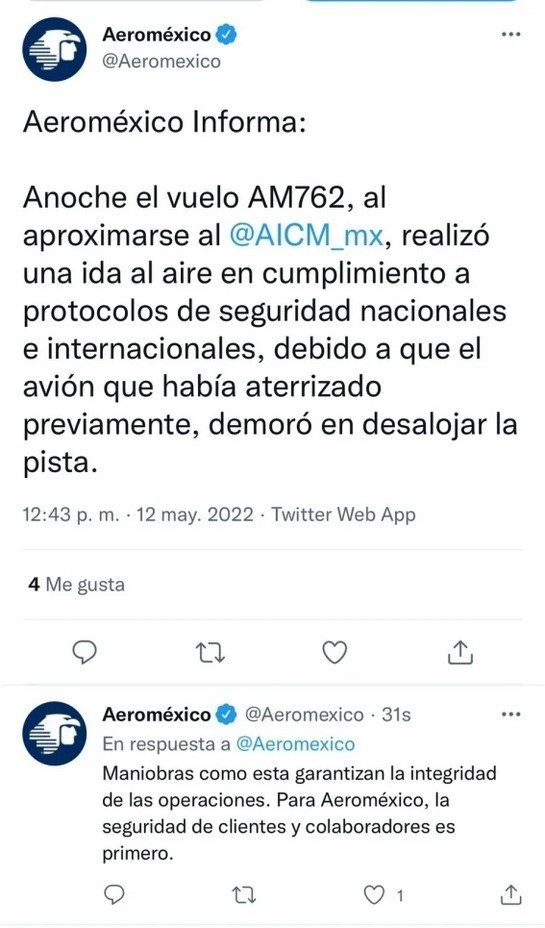 Approaching the terminal, flight AM762 “made a go-around in compliance with national and international security protocols, because the plane that had previously landed was slow to vacate the runway,” the airline said on Twitter.

A similar incident occurred on Saturday night in the saturated Benito Juárez, when a Volaris plane that was about to land had to take flight to avoid colliding with another aircraft of the same company that remained on the runway.

Aeroméxico did not detail the model of the plane involved in the episode or how many people were on board. The flight came from Colombia.

“This is a usual procedure in aviation and guarantees safety in operations. It did not represent any risk,” assured the Secretary of Communications and Transportation.