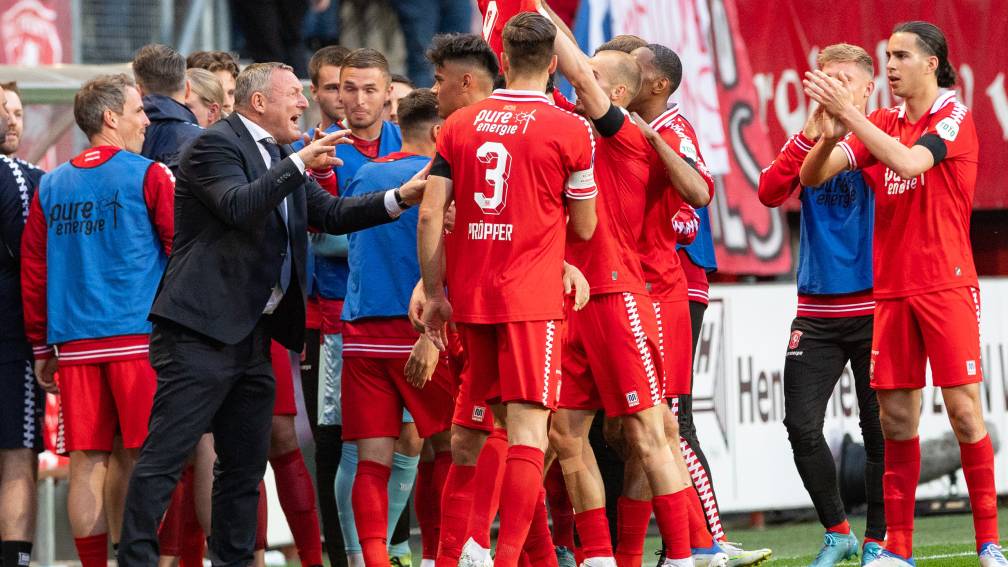 Thanks to a victory over FC Groningen (3-0) FC Twente has secured fourth place in the Eredivisie, the position that provides access to the preliminary rounds of the Conference League. Long after their own game, the Enschede team received good news from Utrecht, which made it 2-2 against AZ in the last minute.

The Groningers lost for the sixth time in a row, but are still in the race for a ticket in the play-offs for European football.

Twente and Groningen both had opportunities. Only Twente striker Vaclav Cerny managed to capitalize on such an opportunity in the first half. After a good action by teammate Joshua Brenet, the Czech was able to shoot the ball hard and high into the goal from close range (1-0). He dedicated the goal to Jody Lukoki.

More than twenty minutes after the break, Dimitris Limnios punished a mistake in the Groningen defence. The Greek hit through one leg and the bottom of the bar (2-0).

Thirteen minutes later, Limnios scored his second goal with a simple tap. After this goal, no more goals were scored, so that the evening ended with a smile and a tear.

There was an impressive tribute to the late player Jodi Lukoki before the game.