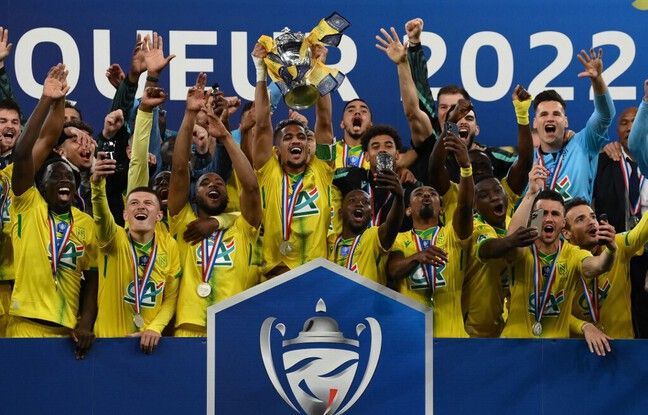 After their victory in the Coupe de France final last Saturday against OGC Nice (1-0), FC Nantes returns to the Ligue 1 championship this Wednesday against rival Rennais. Back in Nantes on Sunday afternoon, the FCN players and staff were able to celebrate this trophy with the supporters, who had gathered at Place Foch to welcome the Canaries.

This Wednesday, they could have once again celebrated this title with their fans, in front of the Rennes rival. The Beaujoire stadium will also be sold out. But the Nantes public will ultimately not see the cup. The club has indeed let it be known that it will only be presented during the last match of the season, against Saint-Etienne, on May 21, with “great festivities” on the program.