Did Alfredo Zambrano put Giuliana Rengifo hooded in his house? Magaly surprises with a comment 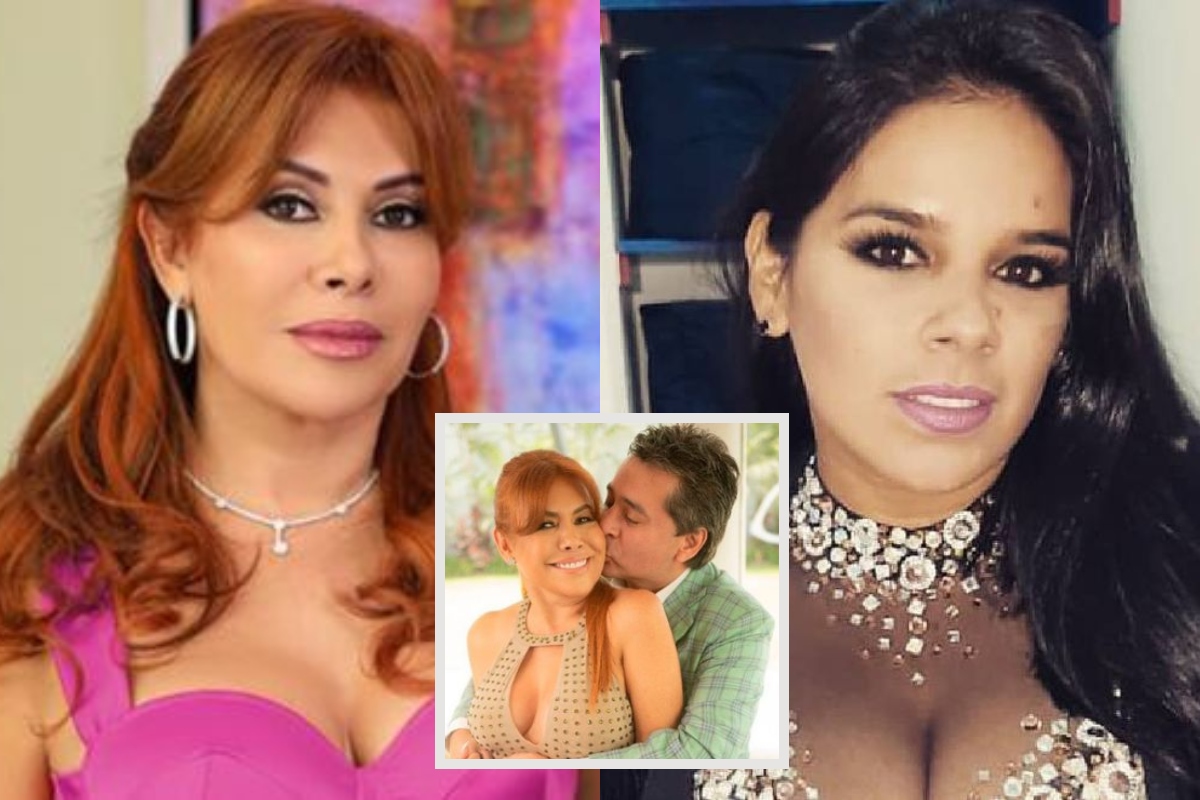 Magaly Medina could not contain her fury against Giuliana Rengifo, who referred to her husband Alfredo Zambrano this last May 10 in América Hoy. As it is recalled, the singer appeared on the Janet Barboza program to clarify that she had no relationship with Christian Domínguez, and that she was tired of being branded as someone’s lover.

He also recalled the alleged relationship he had with the notary and today Magaly Medina’s husband, clarifying that Zambrano was single at the time. However, Barboza hinted that she cannot guarantee that. These words unnerved the journalist, and she did not hesitate to spend a few minutes on her program Magaly TV La Firme.

“There are women who are so unworthy, they love each other so little that they go out to tell that they wallowed with which, with this, with that. And the worst, poor things who haven’t understood that for a man it didn’t even mean michi. That they are ashamed to mention them, that they say that this chapter does not exist, if it ever existed”, indicated quite annoyed Magaly Medina.

The popular Urraca pointed out that the one they were clearly talking about was her husband, so she did not hesitate to say that this relationship did not mean anything to him, because both she and her husband know what they did and who they were with when they were not a couple.

“There is the lady who is bragging, because I see that she is the only one who brags that she has been with a man and that she was his toy, brag for what? She talks about a man who does not mention her, who is ashamed, what is my husband, of ever having had anything but a relationship because I know that ”, Indian.

However, what caught the most attention was a comment that would imply that Alfredo Zambrano made Giuliana Rengifo go into his house hooded, because he was ashamed of her.

“If they put you into a hooded house late at night and take you out the same way, what are you to a man?”described the journalist, who pointed out that she has been forced to respond in this way after the singer’s words.

Janet Barboza was not spared from Magaly Medina’s fury. The ATV driver clarified that she has not forgiven any infidelity to anyone, least of all her current husband, as the popular Rulitos implied.

“Letting people understand that I have forgiven my husband’s infidelity during my marriage, and everyone who knows me, including my husband, knows it. The day they cheat on me, I have dignity, I know who I am, I know what I’m worth and what I’m worth, and if one day they don’t value me, the doors are open for him to go his way and I mine, but not me. come throw that mud at me”he indicated.

Likewise, he asked him to value himself so that others value themselves, advice that he also extended to Giuliana Rengifo.

“You the one who sings, okay, that men have not valued you is because you do not value yourself. I am making you a reflection, if ever to the monkeys with machine gun that exists on television, nobody valued them, they were always the second or the lovers, do not take it out on me “he highlighted.

This is War: they assure that Fabio Agostini’s joke caused the América TV signal to collapseThis is War: Warriors and Combatants broadcast the program on Instagram after the signal fellMagaly Medina attacks Renzo Schuller for speaking ill of ATV: “He was always second to Gian Piero Díaz”