Throughout 2021, the Jalisco State Human Rights Commission (CEDHJ) issued 283 recommendations to different authorities in Jalisco after identifying violations of people’s human rights, according to the 2021 Activity Report presented this Wednesday by the ombudsman, Alfonso Hernández Barrón.

Based on these recommendations, the CEDHJ managed to issue payments for five million 993 thousand 687 pesos, and sanction 187 public servants. However, the figure is 68.3% lower than that reported five years ago, when in 2017, payments of 18,954,357 pesos were achieved.

To this is added that the number of recommendations issued is greater than those presented when Hernández Barrón had just arrived at the position of ombudsman. As detailed in the 2017 annual report, only 40 recommendations were presented at that time. 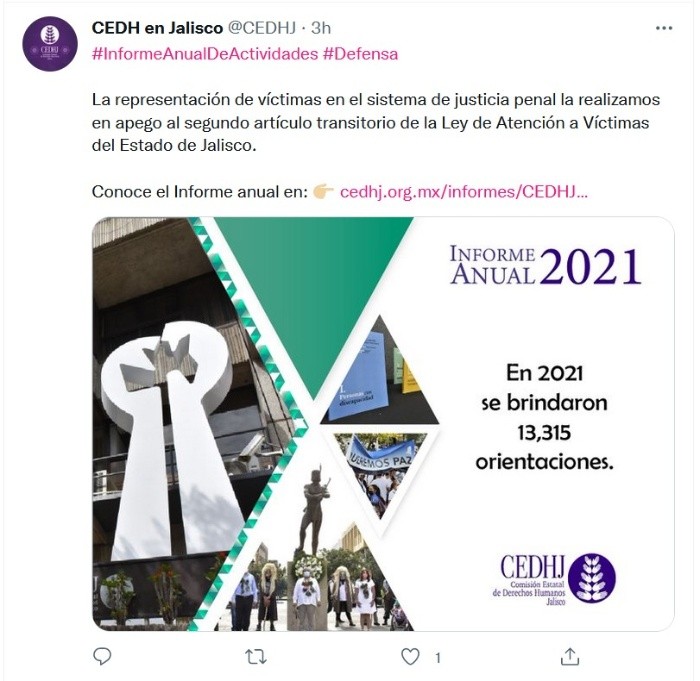 According to the head of the CEDHJ, the foregoing it was due to failures presented in the State Commission of Victims, since it has not yet finished being constitutedsince it requires three representatives of civil society to join, in addition to the fact that, he asserted, the pandemic slowed down the work of the CEDHJ.

“Half of our management is marked by the pandemic. With the data we had as of 2019, we had made a rebound in the dynamics that we brought, and we saw how many of the items stagnated, “added the ombudsman.

On the other hand, the 2021 Activity Report also details that Siapa, the Public Prosecutor’s Office and the State Government were the state authorities most singled out in the complaints filed by citizens.

On the other hand, he detailed, accompaniment was provided to citizens in 227 marches and demonstrations carried out throughout 2021, in order to guarantee that the right to free demonstration was fulfilled and the integrity of the people who protested in them was safeguarded.