The Attorney General’s Office will investigate the mayor of Medellín, Daniel Quintero, for a controversial video about “the change in first class” 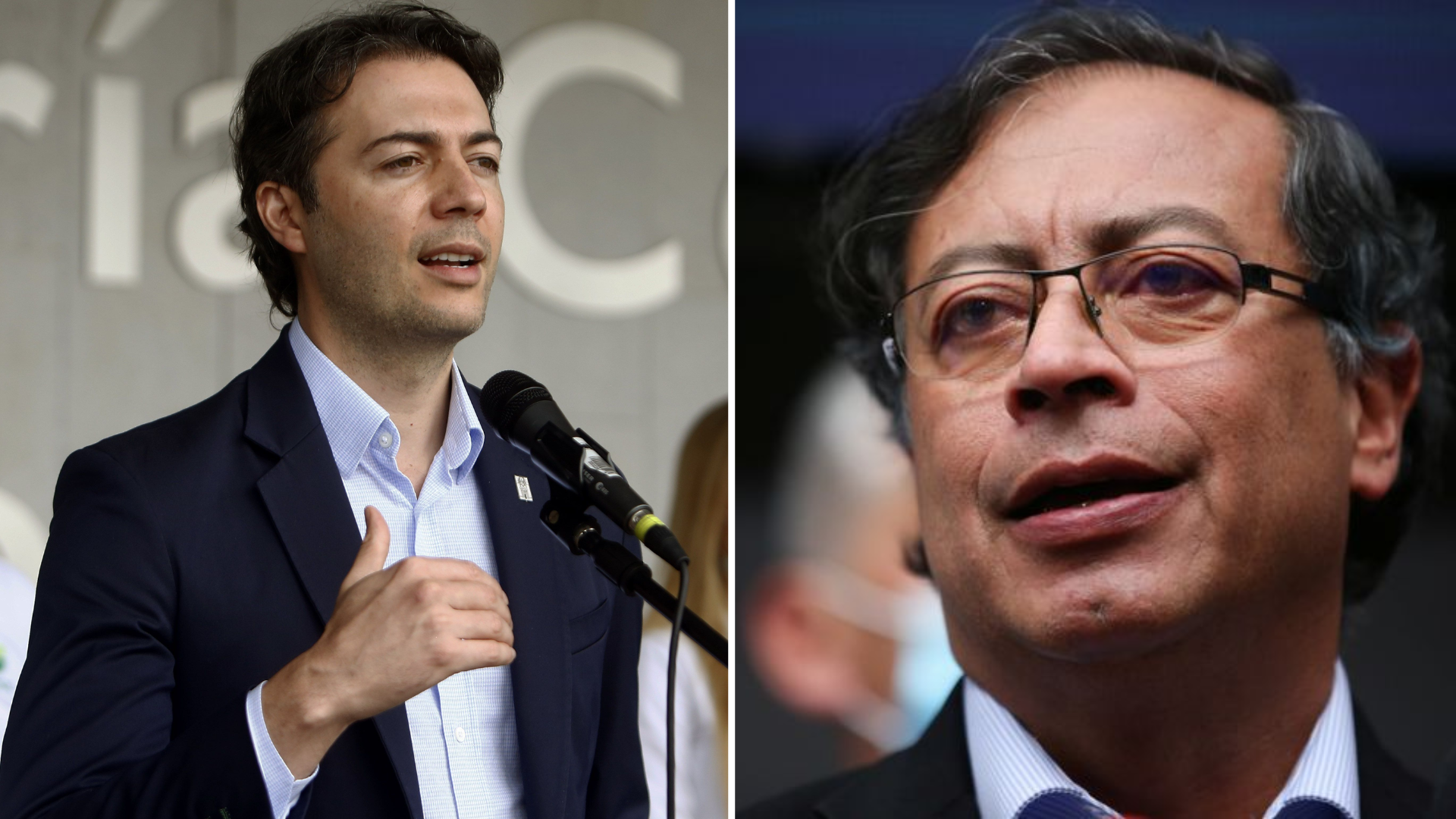 They denounce fence with logos of the Medellín Mayor’s Office of Daniel Quintero and Gustavo Petro. Archive images from EFE and Reuters.

After the controversy caused by the mayor of Medellín, Daniel Quintero, for the video he published this Monday, May 9 In his Twitter account where he would have sent a clear sign of supporting the candidate Gustavo Petro in the first presidential round, the Attorney General’s Office decided to open a preliminary investigation against him.

The video is only five seconds long. In it, the Antioquia president appears inside a car while he moves the gears of the car to the left. At that moment he pronounces the phrase that caused him a harsh controversy around the country: “The change in first.”

Finally, without more to say, Quintero wrote in his trill “who follows me?” In just hours, the publication already adds several reactions, including that of the Public Ministry, which will seek to determine if the mayor of Medellín has violated the rule that mayors cannot actively participate in politics.

The news that the Attorney General’s Office will investigate the mayor was released by the station BluRadio, medium that ensures that the entity directed by Margarita Cabello will establish whether Daniel Quintero violated the rules in question.

As expected, different sectors of public opinion vehemently questioned Mayor Quintero, who has already been linked on previous occasions with the Historical Pact, Gustavo Petro’s political coalition. From journalism, through congressmen and several other actors on the Colombian public scene, they vehemently questioned the president.

For example, the councilman of Bogotá, Julián Rodríguez, very close to the mayor of Bogotá, Claudia López, questioned the president and called him a scoundrel.

“Ah, but if it were Claudia, I wouldn’t even tell them. This man has been brazenly participating for months in favor of the Historical Pact, his wife without blushing and his cabinet officials resigning to go to that campaign. What a scoundrel!” he noted on his Twitter account.

Another who also reacted was the journalist Juan Carlos Rincón, from the program the pulla, who described Quintero’s video as “cheeky” and launched other questions. “I do find it very funny that the campaign that speaks from moral superiority celebrates that a mayor violates the law so blatantly. But hey, I know I’m a bought journalist and all the nonsense they say to not accept criticism. Anything goes if it’s for Petro. Amen. On your knees, brothers. Ah, but when they intervene in politics against Petro they cry from here to the IACHR. As they should: no one has the right to break the law,” he said.

Daniel Samper, another renowned journalist, also spoke out and did not let go to question who today leads the destinies of the second most important city in Colombia. “Little games” to participate in politics, to break the law… In such a cheating country, the policy of change should consist of not cheating, ”he tweeted.

It should be remembered that the publication of Daniel Quintero occurs just hours after some officials of the Medellín Mayor’s Office resigned from their positions and announced that they were going to join Gustavo Petro’s campaign. Through his social networks, Quintero highlighted that Juliana Colorado Jaramillo; Carlos Mario Mejía and Eleonora Betancur were in the process of dismissing their charges. “Three great comrades who worked for Medellín Future, are now going to build a better country. Many hits,” he tweeted.

Later he added that the now three former officials provided a great service to the capital of Antioquia and wished them luck in this new project they were undertaking.

“On Friday they presented their resignation to me to take a step forward, to lead. Three people who have been fundamental to this team, who have been there since day zero of our government, people who we are going to miss a lot in the Mayor’s Office, but who we know will be of great use to the country,” said the local president about the resignation of their workers.