“Retirement is a small fear”, admits Céline Dumerc, soon to be 40 years old

Indestructible. This is an adjective that fits well with Celine Dumerc. Like her game on the field, the French basketball player does not yet intend to put away her shorts and her sneakers at 39 years old. A few days ago, following his team’s victory, basket country, in the final of the French Cup, she announced the continuation of her career for at least one more season.

This is the second time in two years that the former leader of the France team has postponed her retirement from sport. A few weeks before celebrating her 40th birthday (July 9), she confides in 20 Minutes about this choice, her career but also her new role as manager of the France team.

How are you after all these emotions?

Everything is fine ! It’s true that we experienced something a little crazy with this victory in the Coupe de France. Last year, there was the title of champion and it was a dream for the club, but the Coupe de France, it was really a project to win it since my arrival in 2016. The leaders wanted to take everyone Landes people at Bercy for several seasons and in addition, we won. It was an amazing moment to live. The club had put a little pressure on me when I landed. But it’s not because you sign Céline Dumerc that you will win titles the next day.

And this contract extension, was it really planned?

Let’s say it was half planned (smiles). It had been under discussion for some time and I had to give my answer to the club. It’s never easy to decide but hey, after winning and surely under the influence of emotion, I spoke more with my heart than with my reason. It’s true that it was quite funny how the president tricked me a little during this ceremony, she had told me before with a few beers in her nose but I didn’t think she was going to throw me how that in front of the public.

In case you didn’t have the info: @BasketLandes brings the Coupe de France back to the Landes! One more madness with this extraordinary club. THANK YOU 💙🤍 pic.twitter.com/nNADn6LpYC

Last season, it was really the managers who came knocking on my door to ask me for a favor because it was a bit complicated on recruitment. They were in a bit of a mess. The problem is that I had announced everywhere that I was quitting and I don’t really like to change my mind… I had to assume but the desire to play was there as it is still there this year.

What drives you to continue?

It’s not about the challenge and reaching a certain age. Precisely, today, in sport everyone thinks that you have to stop because you are 40 years old. It is rather because of this pressure that I asked myself the question but in fact, when I listen to myself, the answer is clear and clear, I still want to play, to come and train. … I always like to surpass myself. I’m not at all jaded and what’s more, I know how lucky I am to still be able to perform at my age. I want to enjoy it until the last moment.

Aren’t you afraid of making the year too many?

I want to tell you that it’s been six years that I tell myself that this may be the year too many. Well, in any case, I stop commenting on my future (laughs). 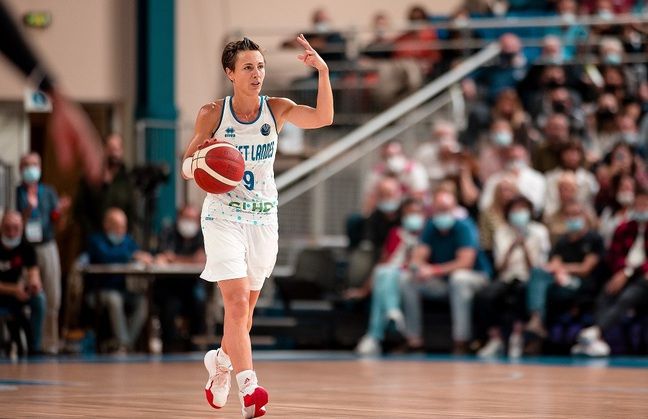 For sure. The retirement of an athlete is a small death. We don’t know how we’re going to live it. Me, I’ve had the same calendar in my head for 22 years. So finding myself without that… The first few months will be cool, I’ll go on vacation, travel, but I might miss my current life quickly. In addition, what drives me above all are the emotions I experience on the pitch. Yes, retirement is a little scary, I admit.

Do you regret having ended your international career perhaps too soon (in 2017)?

Not at all because I think stopping the France team allowed me to continue in the club. I don’t think I could have kept up. I had experienced everything with Les Bleues. The choice was rather judicious with hindsight.

What do you no longer do today compared to 10 or 20 years ago?

I feel that recovery is no longer the same. You have to be much more careful. I go to the physio much more often (smiles). You have to get a massage and have an irreproachable lifestyle. Afterwards, sportingly, I changed positions, I went from playmaker to winger, suddenly I no longer lift the ball, I no longer defend all terrain. The activity is less important and it allows me to play for a long time without being burnt out after five minutes. 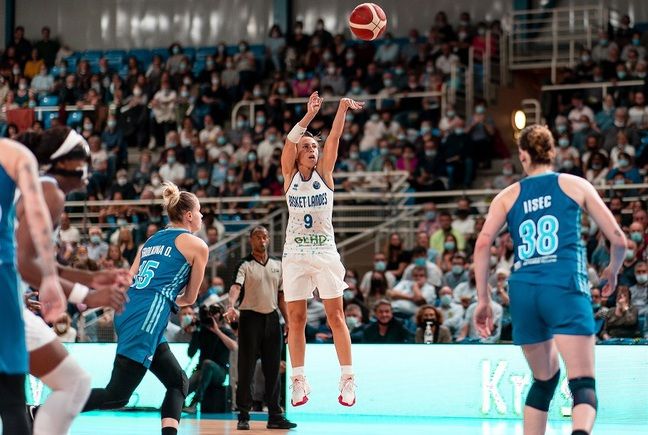 What is the objective for this end of the season with Basket Landes? The title, or is it just a bonus?

I think it’s just a bonus. It is not because we won the Coupe de France that we are going to say loud and clear that we want the double. This is not the mentality of the club. Already, there is this quarter-final against Charleville (return match Tuesday in the Ardennes). The season is already successful but we are not satisfied.

This club is really special…

Yes, it’s super fun to play here. The room is full all the time, people live basketball. They have all played basketball at least once in their lives and you can feel it. It gives you extra soul and when you’re a little less well, just turn your head and you see that the room is full when it’s a game without stakes. They are always present and it pushes you in the most complicated moments. So, in return, you want to give even more and yes, that certainly played on my decision to continue the adventure.

You have also recently been manager of Les Bleues, do you like it?

I’m still learning a lot because I just started. But it’s super interesting because I realize how many things there are to put in place for the athlete to focus only on the field. And then, it’s the France team, you want to give your best whether on or off the pitch. I’m still so invested. I am a kind of Swiss army knife that makes the link between the players, the staff and the Federation. I also try to convey my values.

With some players, you are their opponent, their manager…

Yes, but we manage to share things. Already, when you’re a player, sometimes you play against friends and it’s even worse as a situation. There is a lot of respect between us so it’s going really well.

What will be the objective at the next World Cup in September?

We are in reconstruction. Qualifying was tough. It will take time for this team to work and find an identity. There is no written objective for this World Cup.

Not at all ! I think being a coach is a real calling. It is not because we have been a player and even a good player that we can coach. It’s another job. I have things to pass on but I’m not sure I have the skills to “drive” a team. Afterwards, you never know but at the moment T, I have no desire to coach. I see myself more as a leader in the future.

Even if it’s not over yet, how do you view your career?

Everything exceeded my expectations. I never thought I would have this career. When I start basketball, it’s just to go play with my girlfriends and get some exercise. And in the end, I took immense pleasure throughout my career and in addition, I won titles. These are icing on the cake. Well, I grant you, I had a lot of cherries (laughs). Once again I retain the emotions experienced during this journey. And today, I’m not running after yet another title but after emotions, that’s what keeps me going.

Do you realize what you have brought to your sport?

I think the London Games were a real trigger. We moved into another sphere with our silver medal. Basketball has gained importance in the media. I often remember that before we already had results but we didn’t see them. From 2012, we did not become heroines but very high level athletes like others. We were afraid it was just a soufflé but we rode the wave with our results. This is how we will continue to talk about our sport.