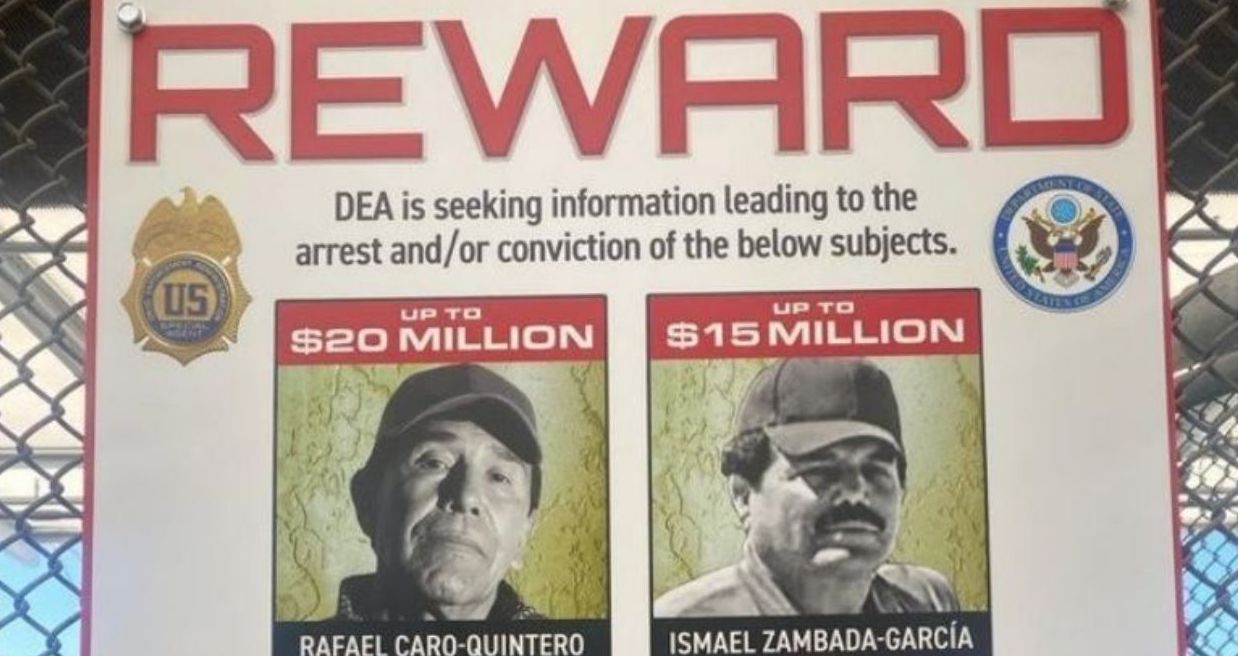 The journalist Ioan Grillo released the information on his social networks (Photo: DEA)

The United States Drug Enforcement Agency (DEA) published a new poster announcing the reward to find the main leaders of drug trafficking in Mexico, among which Rafael Caro Quintero, Ismael The May Zambada and The Chapitos.

It was the American journalist Ioan Grillo, a specialist in drug trafficking, who shared the poster on his social networks and assured that the new campaign responds to a fear of increased fentanyl trafficking, as well as alleged inaction by the Mexican government.

“BREAKING NEWS: The DEA launches a new cartel campaign to persecute the entire Sinaloa Cartel: Caro Quintero, El Mayo and Chapitos. $45 million offered. The campaign comes amid frustration over the level of fentanyl trafficking and lack of action in Mexico. Sign at the San Ysidro border”

The journalist questioned the reason for the new campaign (Photo: Twitter/@ioangrillo)

According to the poster that was spread on the border between both nations, USD 20 million was offered for Rafael Rafa Caro-Quintero; by Ismael Mayo Zambada-García USD 15 million; while offered

Four Mexicans make up the list of the most wanted fugitives for whom the DEA offers up to USD 50 million Line 12: CDMX will release the report by the DNV company on the collapse of the Metro Two journalists were murdered in Veracruz: Yesenia Mollinedo and Sheila Johana García, there are already 11 in 2022