The San Marcos fair is having a great weekend, not only because of the great arrival of tourism after the pandemic, but it was the perfect setting for Nissan Mexicana will announce an important investment that will be made in its factories with an eye toward a sustainable and efficient future.

For the above, Nissan announced that it will invest 700 million dollars in Mexico, a country that forms a key part of the plans of the eastern brand. It is worth remembering that the first Nissan plant outside Japan was established here, and it already has 55 years of manufacturing in Mexico at its four manufacturing sites, such as CIVAC, Aguascalientes A1 and A2, as well as Powertrain, in addition having already reached two million vehicles assembled with renewable energies.

During the ceremony, José Román, president and CEO of Nissan Mexicana and NIBU, recalled that in 2021 Mexico was positioned as the first country to have ePower technology, as well as having a 20.1% market share, which 60% of the portfolio of products has been renewed and that more than 6 million units have been sold in Mexico in these 60 years, with the Nissan March, Kicks and Frontier V6 Pro-4X and V-Drive as the main launches last year. Historically, Nissan has produced 14 million units and 15 million engines made in Mexico.

This event was also attended by Jérémie Papin, chairperson of Nissan America, who recalled the historical legacy of the brand in Mexico, which is the fourth most important market for Nissan in the world, after the United States, China and Japan. He also addressed the pillars of the Nissan Next project and the Nissan Ambition 2030 program, with which they plan to launch 23 new electric models for that year, as well as build a sustainable future.

“Mexico plays an important role in Nissan’s global operations, both as one of the main markets for vehicle sales and as an export hub for dozens of markets around the world,” Papin said, adding that “This $700 million investment in our operations will ensure that we remain leaders in Mexico, while delivering cutting-edge vehicles and technology that excite our customers around the world.” 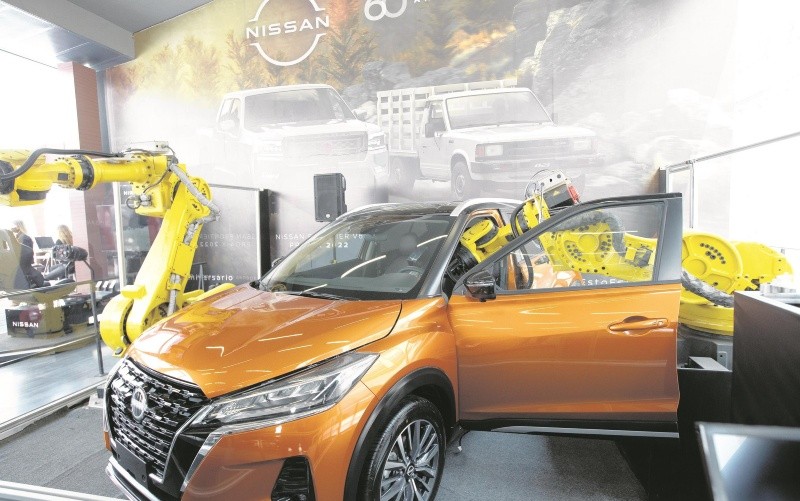 Nissan has a booth at the San Marcos fair. COURTESY/Nissan

The 700 million dollars will be used to equip and improve the facilities of the plants, as well as the training of workers and also improve the speed of their operations with the implementation of new assembly technologies.

“By reaffirming our commitment to Mexico here at the San Marcos fair, we show our appreciation for the support we receive from our partners and our community,” said José Román.

For those who attend the San Marcos fair this weekend, Nissan has a huge stand with current and past vehicles such as the Sentra, Altima, Kicks, Frontier V6 Pro-4X and the 1966 Datsun Bluebird and 1968 Datsun Bluebird pickup 521, as well as the technology applied to construction, with a couple of robots that carry out the task of quality inspection and that they are used in the process of building the Kicks.

Unizo: “Flemish SMEs almost as dissatisfied with the economy as in 2020”

Shopping cart almost 5 percent more expensive in just two months, and it will rise even more