Hundreds protest on Dam Square for the right to abortion 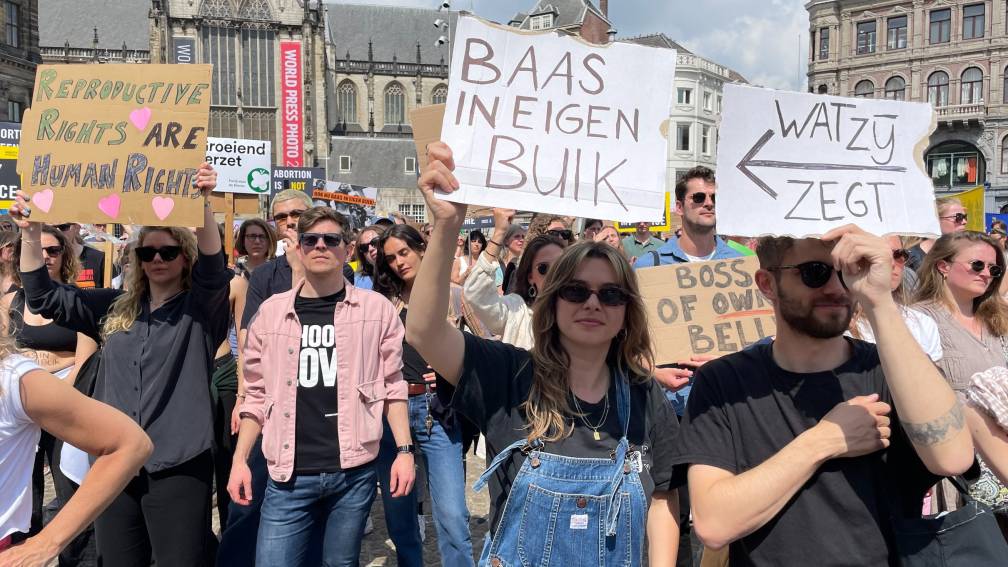 Hundreds of people gathered on Dam Square in Amsterdam to show solidarity with abortion advocates in the United States. The reason is the possible disappearance of the federal right to abortion in the country.

“Abortion right is a human right, but it is absolutely not self-evident,” says initiator of the demonstration Annemieke van Straalen. “It is unimaginable that the right to abortion, which has been fought so hard, is now at stake again.”

The demonstration is supported, among others, by Amnesty International, knowledge center Rutgers, Women Inc. and the organization behind the Dutch Women’s March.

“Now there is a fear that in the Netherlands the right to abortion could be taken away from us again, you see that happening in America,” says activist Devika Partiman, one of the speakers at the demonstration. GroenLinks MP Corinne Ellemeet, Rutgers director Marieke van der Plas and MEP for D66 Samira Rafaela also speak.

In the Netherlands, 30,000 women opt for an abortion every year. Here, abortion is becoming more accessible, because of the abolition of the mandatory reflection period and the possibility to get the abortion pill from the general practitioner.

In the Termination of Pregnancy Act, which was introduced in 1984, states that abortion is allowed in the Netherlands until the 24th week of pregnancy. After that time, a doctor may only terminate a pregnancy for very serious medical reasons.

Partiman and other protesters want abortion to be removed from the Criminal Code. “It has still not been possible to get that out. Christian parties that are part of the coalition have been preventing this for decades.”

Earlier this week, US website Politico published a draft Supreme Court decision to overturn the landmark 1973 Roe v. Wade ruling, the foundation of US abortion law. That would mean that abortion legislation would once again be in the hands of the states. Numerous states are expected to tighten abortion laws or ban abortion altogether.

The governor of the US state of Oklahoma has already signed a law this week banning abortions if a heartbeat of the embryo can be detected; that is usually around the sixth week of pregnancy.