Congress of the Republic will elect magistrates of the Constitutional Court on Tuesday, May 10 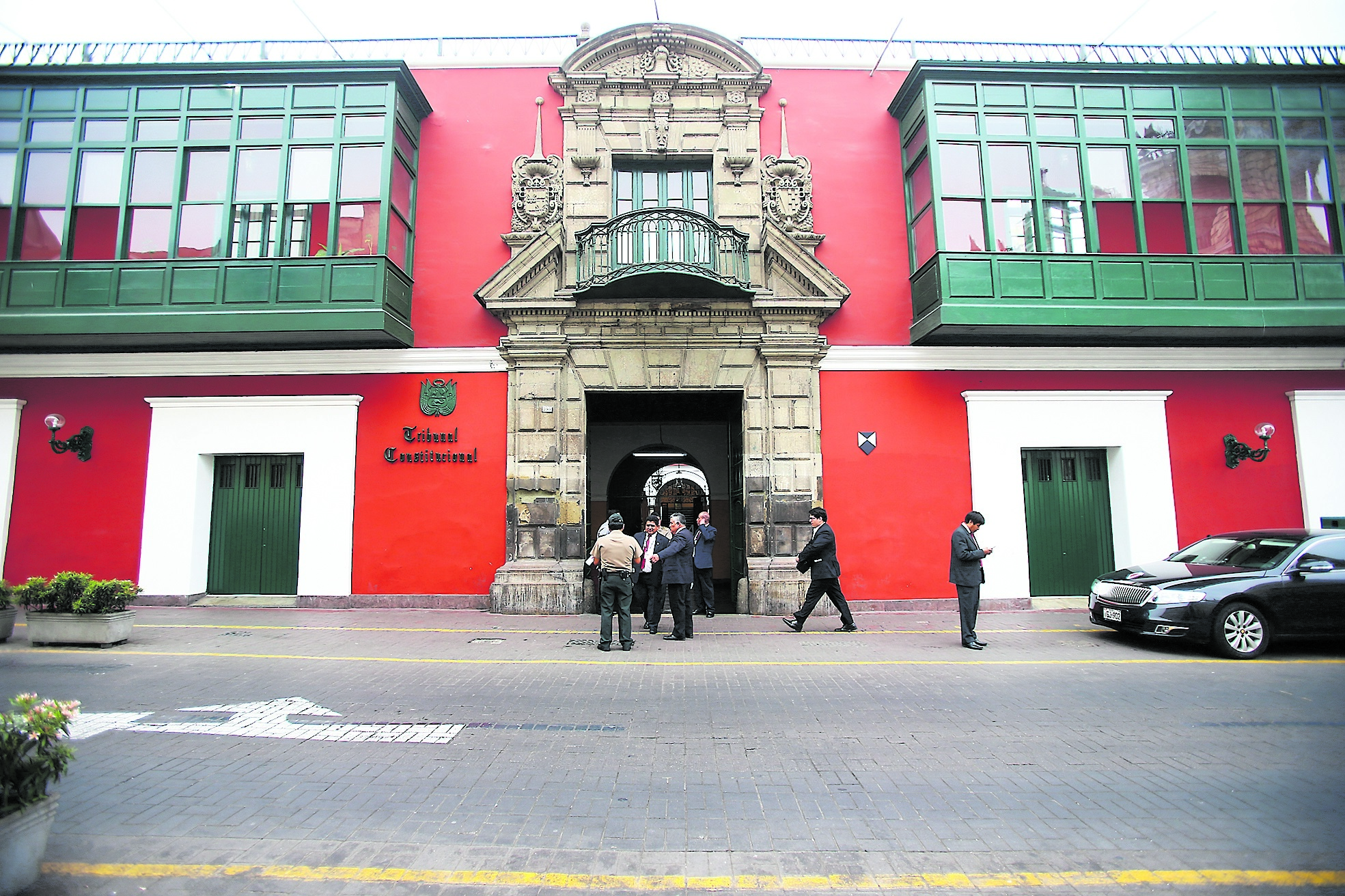 The plenary session of the Congress of the Republic will meet next Tuesday, May 10, to elect the magistrates to the Constitutional Court (TC), with the six quotas to be designated on that date.

Through the summons sent by the president of the Congress, María del Carmen Alva, it is indicated that said session will begin at 4:00 p.m.

As recalled, the special commission for the selection of candidates for the TC published in early April the table of total accumulated score and order of merit, after concluding the public contest carried out by said working group. 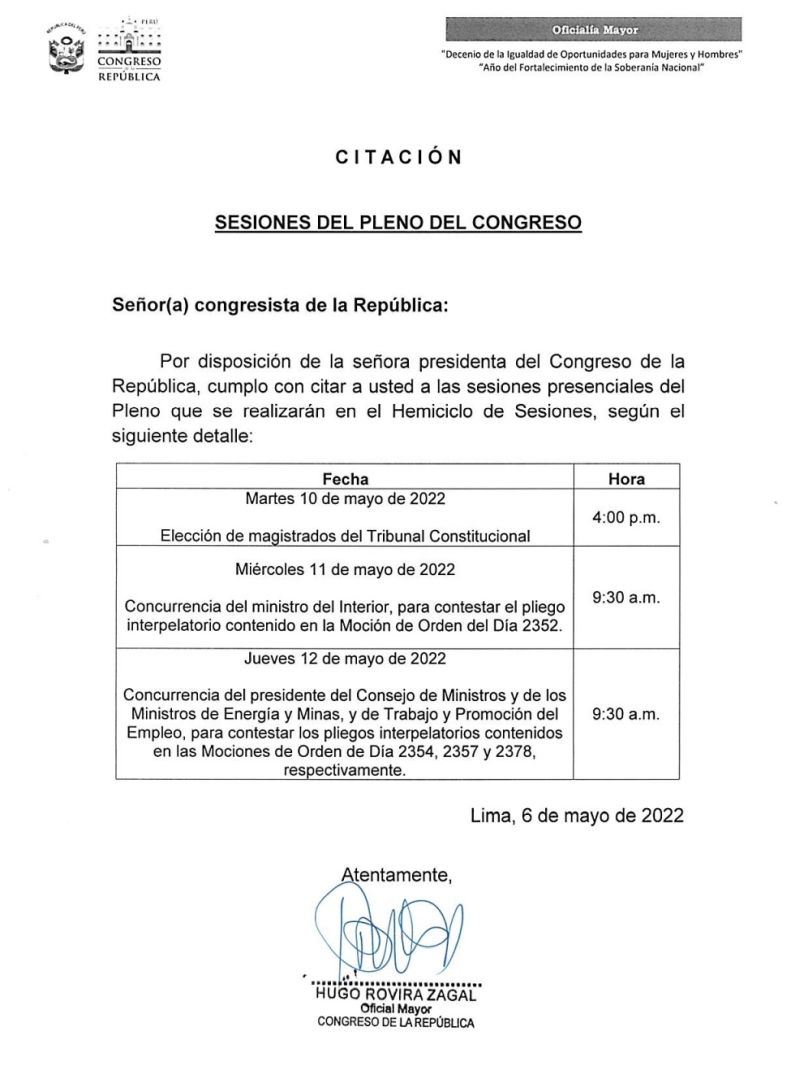 Congress of the republic

Likewise, the plenary session will also meet on Wednesday, May 11 and 12, with the time for these two sessions being 9:30 a.m.

In the case of May 11, it will be that the Minister of the Interior, Alfonso Chávarry, responds to the interpellatory statement contained in the Motion of the Agenda 2352.

While the session of May 12 will attend the head of the Council of Ministers, Aníbal Torres; and the head of Labor, Betssy Chávez; and of Energy and Mines, Carlos Palacios. They must answer the interpellatory documents contained in the Agenda Motions 2354, 2357 and 2378, respectively.

The president of the Selection Commission for candidates to the Constitutional Court (TC), José María Balcázar, affirmed that there is consensus to achieve 87 votes for the election of the magistrates to the highest interpreting body of the Constitution.

He also highlighted the consensus “harmonically” reached among the members of this working group, because it was discussed throughout the process, which was exposed before the session of the Board of Spokespersons.

“I think so (there are 87 votes), because the benches that we have interviewed have told us that and we have drawn up this list in a consensual way, it seems to me that yes (the vote will be reached), because there was a rigorous examination. (…) At least until I have spoken in the Board of Spokespersons, I think that the six can be elected, which are the quotas that are foreseen in the previous Congress”stated on Channel N.

Likewise, he specified that no one can complain in the event of an alleged absence of a technical examination or that there was “a deal” in the candidate selection process.

“We leave the political part for the plenary session of Congress, it can define that no one goes if it does not reach 87 votes and that is where the problem ends,” he added.

On the other hand, he explained that if the votes for the election of the magistrates to the Constitutional Court are not obtained, the Constitution provides for a new call for the contest.

Alfaro and Cardinal Robles dialogue after discrepancy over illegal checkpoints

No, the vaccine does not destroy the immune defenses against cancer