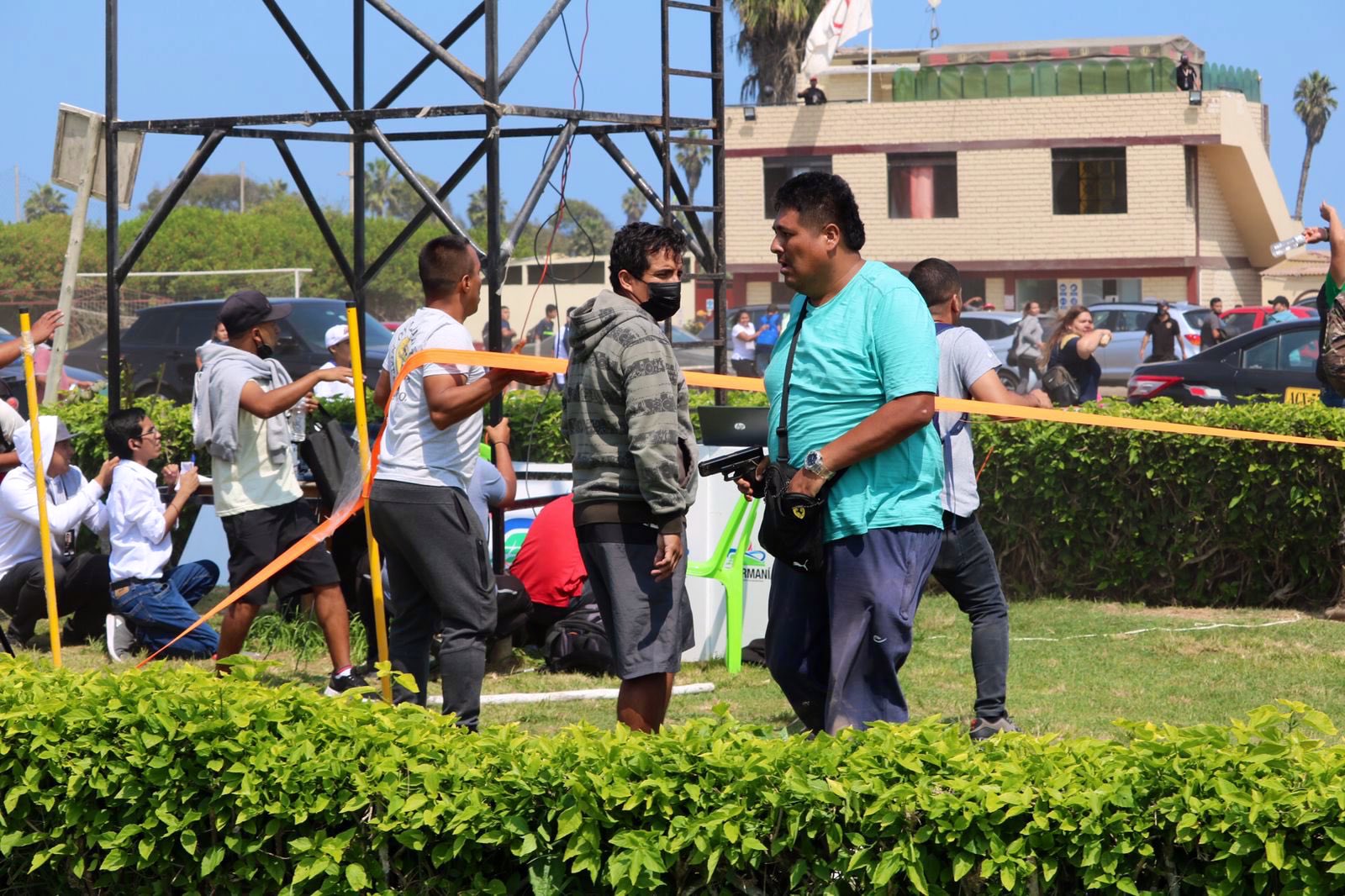 Subject fired into the air at the end of the minors’ classic between Universitario de Deportes and Alianza Lima. Photo: social networks.

The classic between Universitario de Deportes and Alianza Lima, of the 2008 category for the Federation Cup, ended in an outburst of anger, including shots in the air and a detainee. The parents present, together with the little players, had to hide when they heard the sound of the bullets in the facilities of the Villa Deportiva de la U (VIDU), located in Lurín.

It all started as soon as the sporting match ended, which ended 1-0 in favor of the Victorian team, when a group of fans of the “U”, trying to take a banner from the ‘blue and white’ barristas, caused a strong struggle between both parties .

In the midst of the uproar, one of those present pulled out a firearm and fired up to 3 times into the air. According to images spread on social networks, while the families were put in a safe place, the subject who was carrying the gun hid in the bus of the Alianza Lima players.

After a few minutes, members of the Peruvian National Police approached the vehicle to arrest the individual. In a video it is observed how the father of the family enters the patrol in the midst of the bewilderment of the rest of the attendees. According to him, the man was transferred to the Lurín police station while the corresponding investigations are ongoing.

Users on Twitter ask the authorities to categorically sanction both clubs: Universitario de Deportes for not guaranteeing security within its facilities, and Alianza Lima for allowing a father of a family from lower categories to carry a firearm along with the rest of the delegation.

The duel of the 2008 category for the Federation Cup caused panic among players and families present at the facilities of the Villa Deportiva de la U (VIDU), located in Lurín.