What if parents became actors in the fight against fatphobia? 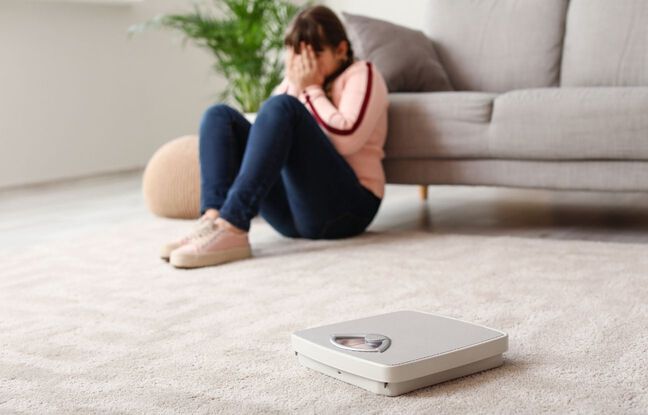 In Europe, nearly a quarter of adults are now obese, reports the World Health Organization (WHO). A progression deemed epidemic by the organization and which “Also affects children”, notes Eva, co-founder with Daria Marx of the association for the fight against grossophobia, political bold. “The more obesity there is in children, the more there is also bullying in the school environment,” she notes. Here again, the WHO has figures: 63% of overweight children are at risk of being bullied.

An edifying figure knowing that, according to a study carried out under the aegis of Public Health France, cases of obesity and overweight have increased sharply among the youngest since the start of the health crisis. The fact remains that while bullying in the school environment has been a problem taken seriously by the government for several years, fatphobia is still struggling to be recognized. “This discrimination is not named as such in the law and it is reflected at school where the subject is not included in the curriculum of civic and moral education courses”, regrets Eva. While waiting for things to change, parents can be actors and participate in the fight against fatphobia in the school environment.

Before you can even help your child who is the victim of bullying at school, you must first be clear on the subject and know what you are talking about. There are obviously the teasing and the gestures of the little comrades, but grossophobia is also clichés anchored in the heads of children, as in those of adults. “An overweight young person should not be over-responsible for their weight, warns Aline Thomas, founder with Lola Cès of The Grosse Ace. If he is fat, it is not because he has no will and it is not necessarily linked to the fact that he eats too much. Some grossophobic acts are also difficult to identify because they are insidious. “It will be the canteen staff who guide a student’s food choices or refuse to serve him again because of his weight,” explains Eva.

Signs a Child is Being Bullied

If an informed and vigilant parent makes it easier for a child to express himself, the young victims of bullying are far from confiding at home about problems at school. Several signals can alert. “The child withdraws into himself or imposes food restrictions”, gives as an example Aline Thomas evoking investigation that 37% of 11-year-old girls report going on or needing to go on a diet.

“It can also be seen in lower grades or refusal to go to the pool or sports class,” adds Eva. In the first case, you have to undress. In the second, overweight children are sometimes rejected, chosen last, or face unsuitable equipment such as chasubles that are too small, points out the association Gras politique which provides teachers with ways to better think about inclusion fat and fat students.

The good (and not so good) reflexes

If you discover that your child is the victim of bullying, do not hesitate to talk about it with the teaching staff if they are receptive, “while being careful not to make it a public regulation at the risk of the child. feels even more stigmatized,” emphasizes Aline Thomas. If this is not already the case in his class, suggest that the mistress or master organize a time to raise awareness on the subject, in the same way as it exists for racism or homophobia. It is quite possible in this case to appeal to the association Gras politique which is used to practicing this kind of intervention in schools.

Regarding your child, “do not put him on a diet”, insists the founders of the two associations. “It would only accentuate his guilt if he failed to lose weight and make him believe that the problem lies with him,” explains Eva. “Diets make fat and can create eating disorders in children”, adds Aline Thomas, according to whom it is important in these painful moments to remind children “that they are loved unconditionally, whatever their body”.

Finally, whether your child is a victim of fatphobia or not, it is possible to educate him on the subject. Also according to the WHO, 75% of children under 10 associate being fat or fat with something negative. “It’s something you find in cartoons. The big ones are often lagging behind or stupid, ”reports Aline Thomas. To change the way you look at the various morphologies, the Gras politique association has developed a list of books that represent fat characters in a positive way. “It’s the lack or the bad representations that lead to harassment”, recalls Eva.