Ukraine’s LGBT+ activism defies Putin and will hold a Pride March: “We want to tell the world that we resist” 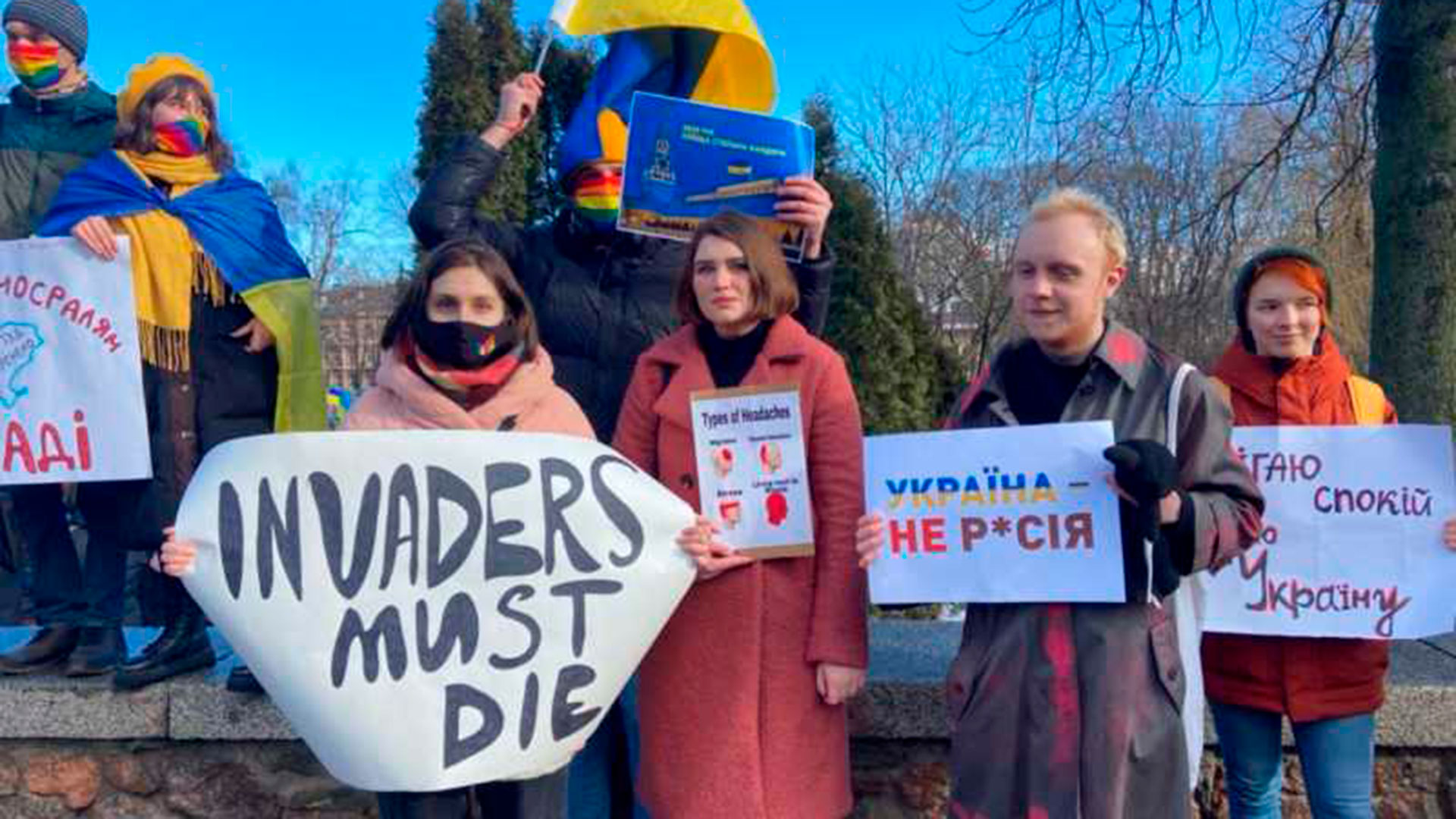 Although the Russian invasion is now in its third month, and the brutality of the Putin regime seems only to increase ahead of next Monday’s Victory Day ceremony, Ukraine’s LGBT+ activism will not cancel the planned Pride Parade. for June, in what will be the tenth local edition of the festivities that celebrate the diversity of gender and sex, a generally festive -and political- occasion that this year will have an even more special meaning.

This was communicated to Infobae by the executive director of Kyiv Pride, Lenny Emson, who explained that it was an opportunity to give a message to the world about the resilience of the LGBT+ community amid the devastation caused by the Federation’s war incursion Russia, where hostility towards its own LGBT+ citizens is state policy.

“At first we thought that given the dramatic situation in the country, and taking into account that by June the martial law that governs kyiv will still be in force, it would not be possible to hold the Pride March this year and we decided to suspend it. But then we thought about it a little better and decided that we have to march as a way to remind the world that we are still here, and that we are still fighting and resisting,” Lenny explained via Zoom.

The bigender activist, one of the most recognizable faces of the LGBT+ rights movement in Ukraine, said that this was a time to be more visible than ever, and called for the support of all the organizers and attendees of pride marches who will take place this year around the world.

“We would like them to march for us too, to have the Ukrainians who are currently fighting for their lives and of course our LGBT+ community on their platforms,” he said.

Since the days before the Russian invasion, gay, lesbian and trans people in Ukraine have expressed great fear that Putin will capture the country and impose the homophobic and transphobic policies that he has promoted in his country, and that have created a real regime of terror for Russian citizens of the LGBT+ community.

The Russian dictator has also backed the current government in Chechnya, where death camps for LGBT+ people have been reported, and last year codified a ban on same-sex marriage into the constitution, almost ten years after approving the so-called “law against homosexual propaganda”, which in practice has erased LGBT+ people from public life in Russia. 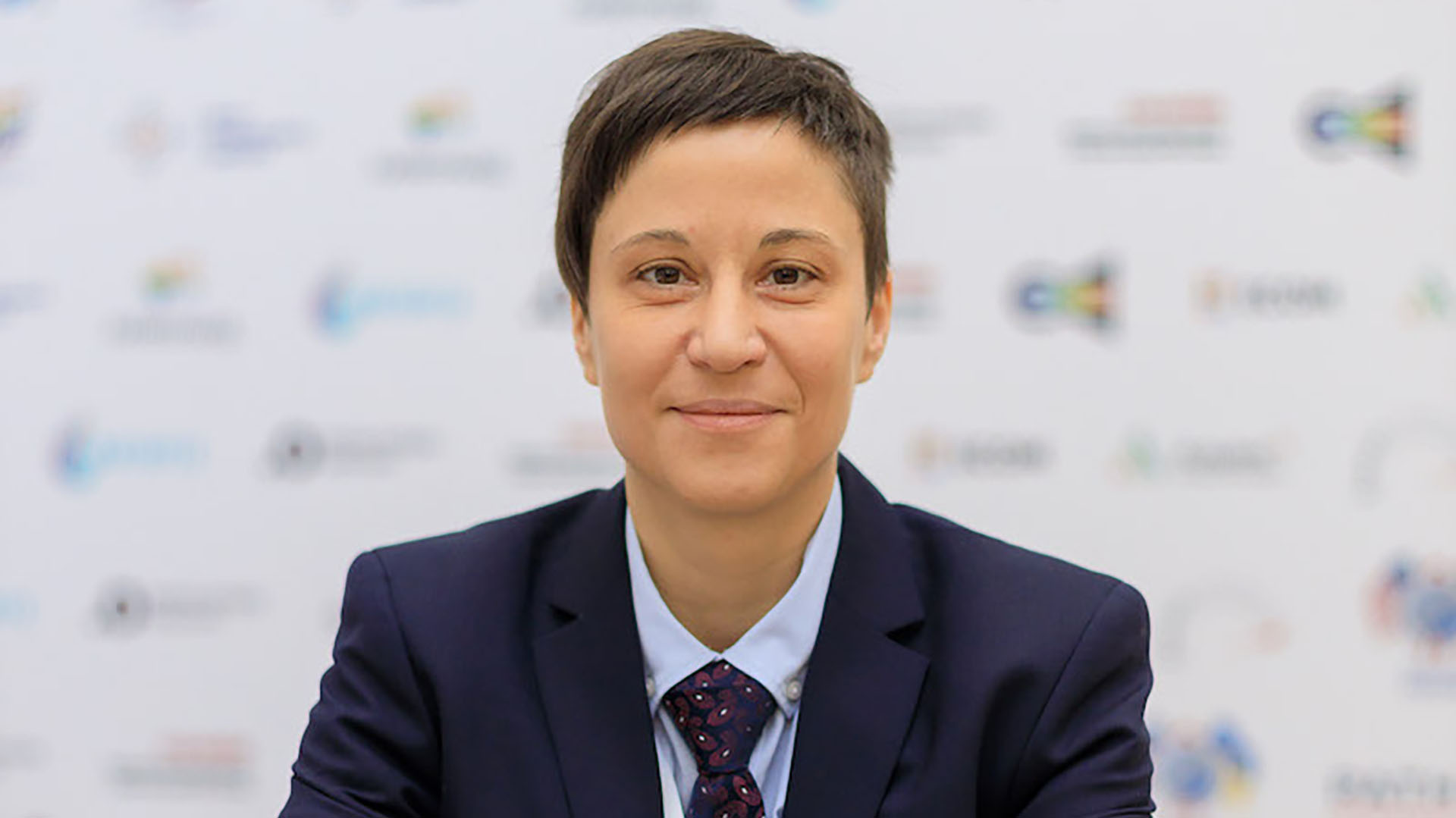 Lenny Emson, CEO of Kyiv Pride and one of the leading LGBT+ activists in Ukraine.

This uncertainty has driven hundreds of thousands of Ukrainians from the diverse group into exile – although Emson clarifies that many others have stayed to fight against the Russian aggressors. However, one of the main missions of Kyve Pride is to find safe haven for LGBT+ people fleeing the dangers of war.

“We are concentrating on helping people who are suffering from the invasion, whether by providing economic aid, food, medicine, or technical support to relocate them, mostly in European countries and Canada,” he explains.

Lenny points out that although Hungary or Poland, two of the countries that have received the most Ukrainian refugees, may not be the most LGBT-friendly with respect to places like the United States or Germany, it highlights that Polish society is in fact less homophobic than the Ukrainian, despite the fact that public policies and legislation do not reflect this attitude.

“Possibly they would be safer in a country like Italy, but the truth is that we have not received offers from organizations there to help LGBT+ refugees, while groups from Hungary or Slovakia have been contacted, so what we do is look for places and communities in those countries where they can be safe,” he adds.

Regarding the HIV medication that hundreds of thousands of people from the LGBT+ community need, Lenny warns that there is a great shortage of antiretrovirals in several regions of the country, as there is also a shortage of hormones for trans people in treatment, but points out that in other places, health clinics are operating. “But doctors are also people, so many have fled, and in various parts of the country the clinics are closed. The lives of a large number of people depend on taking antiretrovirals that they are unable to access due to Russian aggression, ”he warns. 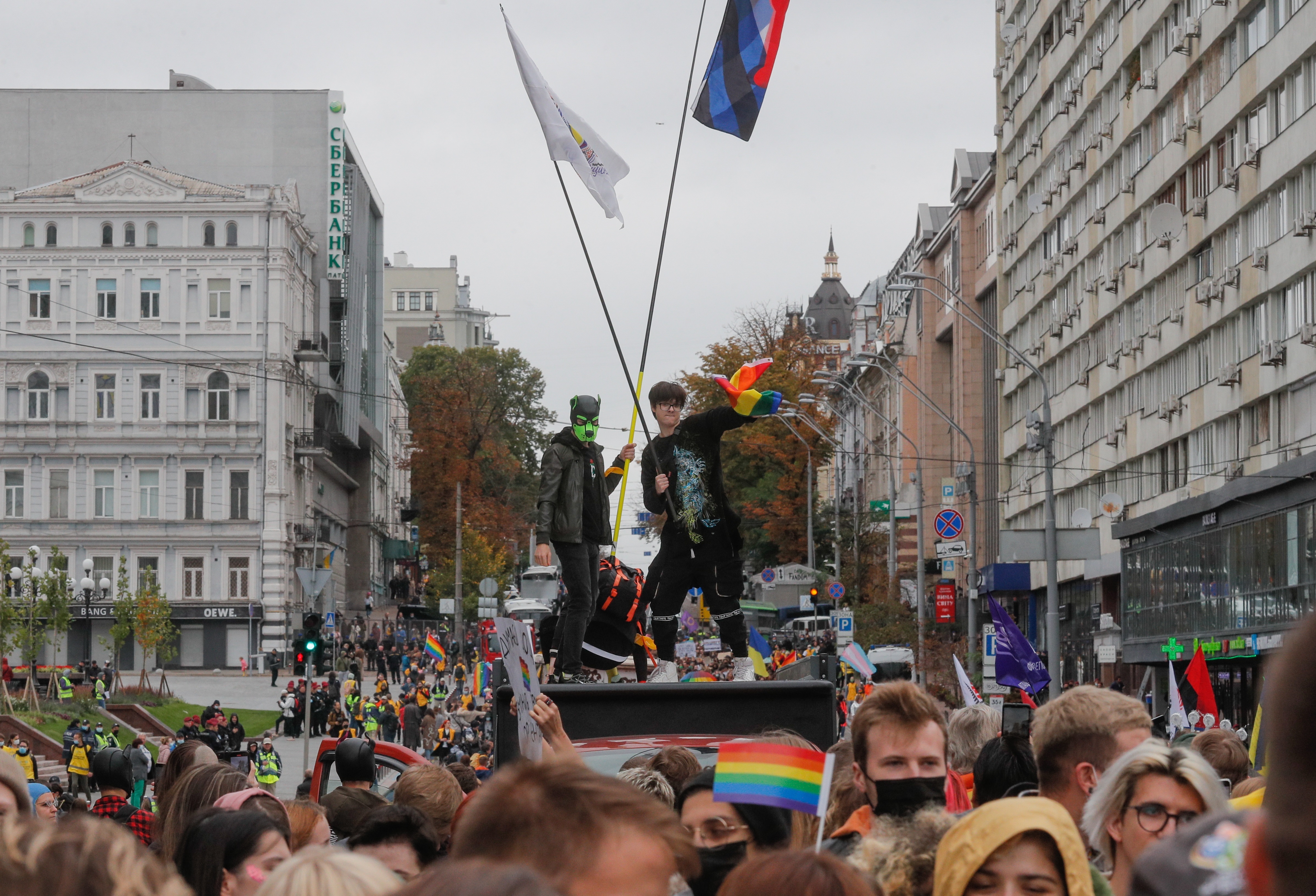 The future of the struggle for LGBT+ rights in Ukraine

Lenny tells Infobae that he is aware that in the midst of a war, and even later, in the country’s reconstruction stage, LGBT+ rights will not be a priority for Ukrainian politicians, who in recent times, including Zelensky himself, they had shown a willingness to start discussing inclusive legislation.

“We are experiencing such a tragic situation, and it is going to take so much time and energy to get the country back on its feet, that we know they are going to tell us that this is not the time to discuss things like LGBT+ rights. It was what they told us in 2014, in fact, Russia is invading the country, we have more important things to fight about. That is why we ask all people to take an interest in what is happening to us, and to share our stories, talk to their friends and neighbors, to remain visible and that the Ukrainian government does not leave us behind.”

In that sense, Lenny says that in addition to donating a few dollars in the Kyiv Pride page that will be used to buy food for LGBT+ people displaced by the war, people in Latin America can stay informed about what is happening in Ukraine, and thus not let Russian disinformation prevail.

“We ask you to follow us on the networks, to read about what is happening. Everyone can help by simply taking an interest in Ukraine, so their governments will see that their citizens still care about us and will continue to support our country. If all of you are with us, we can win this war.”

The UN has a third operation underway to evacuate civilians from MariupolZelensky and Bennett expressed their outrage at the statements of Minister Sergei Lavrov in the framework of the National Day of IsraelInfobae in Ukraine: the terror of the children of Kharkiv while the Russian bombs fall on the amusement parks