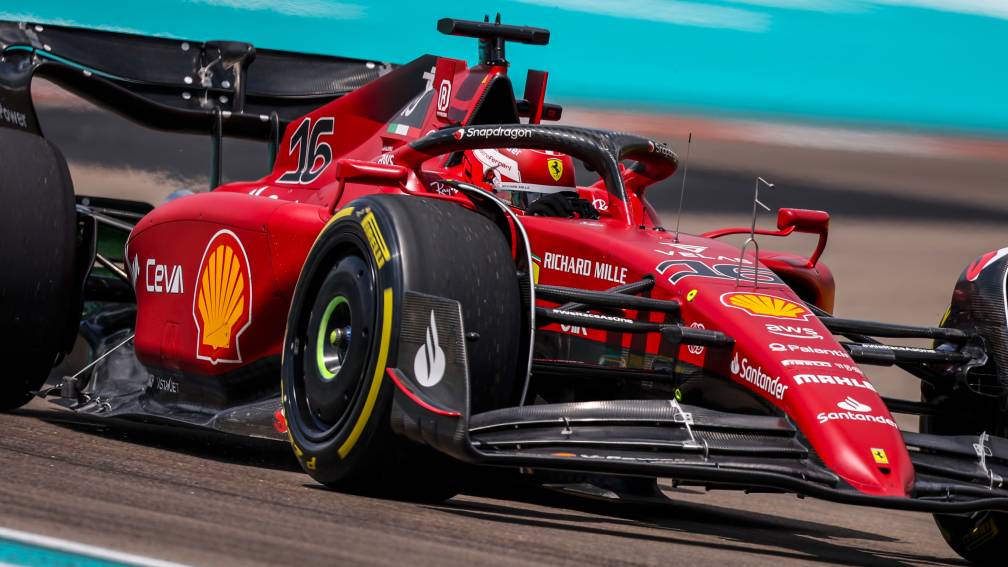 The Formula 1 weekend in Florida has started the best for Ferrari driver Charles Leclerc. The Monegask set the fastest time in the first free practice session (1.31.098). George Russell (Mercedes) and Max Verstappen (Red Bull) were 0.071 and 0.179 behind the leader in the World Cup standings.

While the free practice for the Emilia-Romagna grand prix was still wet, it is sweltering in Miami this weekend. Shivering asphalt, full sun, almost thirty degrees Celsius.

The drivers were sweating on the narrow track, but just as much of a pain point was how the new cars would hold up. After all, the renewed racing cars did not yet make any meters in these tough conditions.

Max Verstappen looked a bit frustrated when he left his car five minutes before the end of the first session and stopped behind the wheel. To prevent his car from overheating, Verstappen drove relatively little. Only a few laps in the end.

The Ferraris of Carlos Sainz and Leclerc didn’t seem to need it for a long time at the Miami Gardens track, but that was because they continued to drive on medium tires for a long time. When Leclerc switched to soft tires in the final minutes – as almost the entire field had already done – he still set the fastest lap on the clock.

The performance of Mercedes in the first training session was striking. The German team is anything but a carefree start to the season, but the first laps in Miami went very well.

With the second fastest time for Russell and ninth for Lewis Hamilton (0.858 seconds from Leclerc), there is hope for Toto Wolff’s team. At 11.30 pm the drivers will start the second free practice of the day.