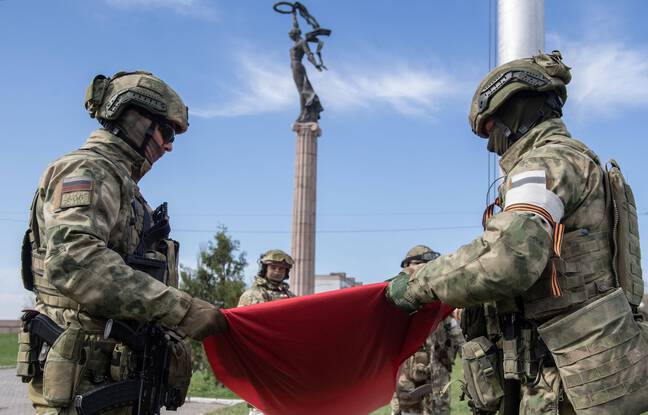 If Russia wanted to “liberate” the separatist regions of Donbass, it is indeed a war of conquest that is being played out in the South. On a visit to Kherson, a conquered city halfway between Crimea and Mykolaiv, Andrei Tourtchak, first deputy to the president of the Council of the Federation (upper house of Parliament) even indicated that Russia was there “forever”.

“Speaking to the residents of the Kherson region, I would like to say once again that Russia is here forever. There should be no doubt about it, ”said the parliamentarian. It is the first time that a senior Russian official has announced Moscow’s intention to stay in the territories taken by the Russian army since the start of the operation in Ukraine on February 24. Russia has so far maintained that one of its main goals is to “denazify” its neighbor.

“We are going to live together and develop this rich region”

“There will be no going back to the past. We are going to live together, to develop this rich region, rich in its historical heritage, its people who live here, ”assured the one who is also secretary general of the ruling party United Russia. According to him, Russia will help the Kherson region, as it is already helping the people’s republics of Donetsk and Lugansk, self-proclaimed in eastern Ukraine and whose independence Moscow has recognized.

All veterans residing in these territories, who participated in the Second World War, will receive gifts and bonuses from President Vladimir Putin, on the occasion of May 9, the day when Russia celebrates the Victory Day over Nazi Germany, he said. Andrei Tourchak also announced the forthcoming opening of a Russian logistics center for humanitarian aid in Kherson. The Russian administration of this coastal city has already announced its intention to introduce the ruble there to replace the Ukrainian currency from May 1.