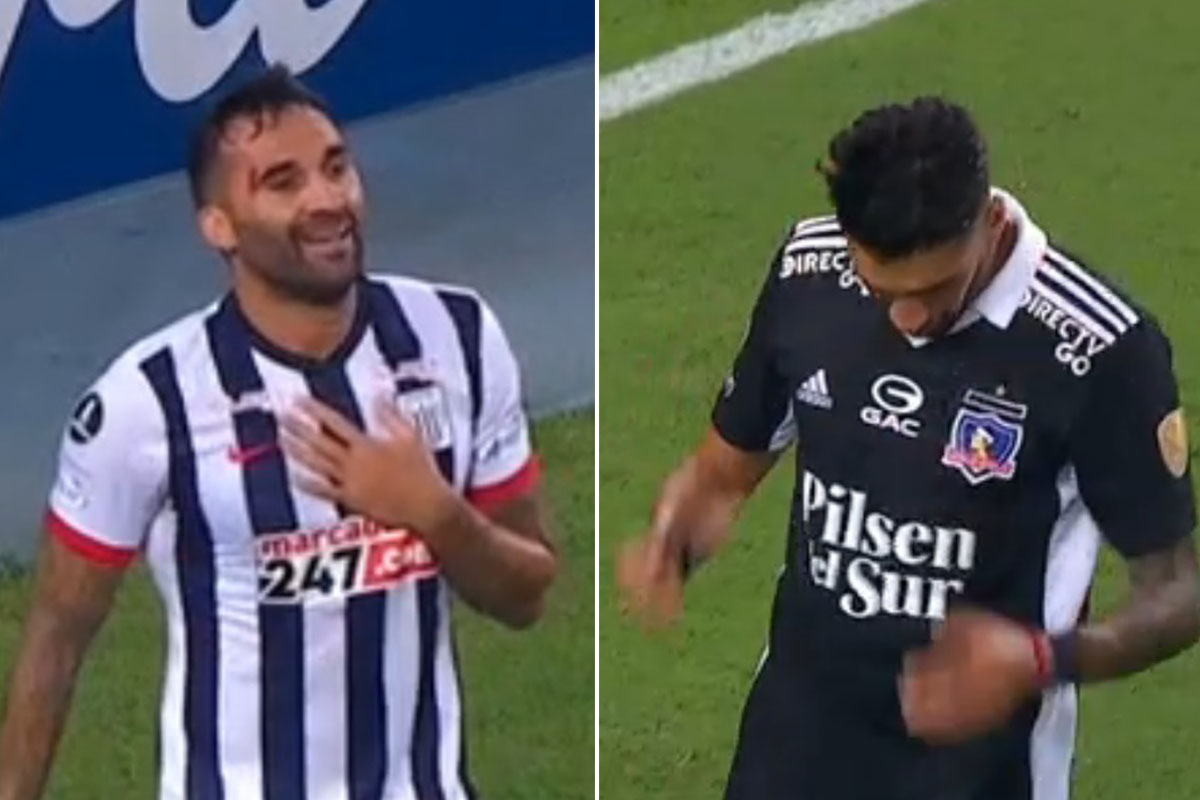 Pablo Míguez and Juan Lucero starred in two failures in a few minutes in Alianza Lima vs. Colo Colo

Alianza Lima lost 1 to 0 against Colo Colo from Chile in a match valid for date 4 of group F of Copa Libertadores 2022. Aggressiveness was seen on both sides, but the Chileans managed to turn it into danger through Lucero’s score , which meant a clear inclination in the game for the visit. In that sense, Pablo Míguez committed a penalty after a handball inside the area, although the maximum penalty was missed by the ‘sureños’ striker, Juan Martín Lucero.

The fortuitous action was born in an attack by the cast of ‘Cacique’. Gabriel Suazo started on the left wing and played with Leonardo Gil, who hit him but a ‘Victorian’ defender crossed. Christian Ramos tried to play with Jairo Concha, but the Peruvian midfielder gave it to Gil, who saw how the ‘colocolino’ captain opened up the left-handed sector of the rival area, gave him the pass and he looked for the center. At that moment, the ball collided with Míguez’s arm, an action that referee Nicolás Gallo immediately detected and sanctioned a penalty. The person in charge of executing the shot was Lucero, who had just scored the opening goal, so he had confidence. However, his low forehand went wide and outside the goal defended by goalkeeper Ángelo Campos in the 26th minute.

A failure that could be regretted, since those led by Carlos Bustos would go for the tie. It should be noted that in the first minutes of the match the same striker had missed a clear scoring chance, but his shot went over the rival fence.

Alianza Lima and Colo Colo face each other today, Thursday, May 5 at the National Stadium for matchday 4 of Group F of Copa Libertadores 2022. The ‘intimates’ come out with the obligation of victory after two defeats in the first 3 dates.

Those of Carlos Bustos are going through a tough moment in the competition. They have not added any power and carry a terrifying statistic: they have gone 26 games without winning in cups since 2012. Ten years of suffering that the fans are not willing to continue enduring. That is why tonight there will be a new opportunity to cut his losing streak.

The ‘blue and whites’ will not play in Matute due to logistical issues, but they have the national team for this important duel, where there will surely be a large number of fans who will cheer from the first minute in search of the feat.

The Peruvian squad arrives motivated for this clash by Copa Libertadores after beating Carlos Stein 5-2 at home in Liga 1 2022. In addition to having 4 wins in a row in the Opening Tournament. They are ninth with 17 points, 8 units behind the leader, but with a game pending (Sport Huancayo).

One of the Alianza Lima players who began to stand out is Pablo Lavandeira. The Uruguayan midfielder has scored a goal and provided two assists in the last league match. He was also the one who put the partial tie against Fortaleza of Brazil away from home.

On the other hand, Colo Colo had no activity last weekend, so he arrives with more rest for the visiting match. In their previous clash they equaled 1-1 with Universidad Católica. The ‘Cacique’ is a leader in his league along with Unión Española (21 points).

How was the first leg between both teams? The southerners won 2-1 in Santiago with goals from Juan Martín Lucero and Esteban Pavez. Edgar Benítez discounted for the ‘Incas’. In that match, the Chileans dominated throughout the 90 minutes and allowed clear situations to pass, so the score could have been larger.