A plan to create special self-governing zones for foreign investors in Honduras has been left in limbo with the repeal of the new government of a law that many criticized as a surrender of sovereignty.

The zones were encouraged by right-wing liberals and free-market theorists as a way to attract foreign investment. to the impoverished Central American country. They were authorized by a constitutional amendment, and the law that enabled them was approved in 2013.

But President Xiomara Castro, who took office in January, campaigned against the law and on Monday signed a measure just approved by the Honduran Congress to repeal it, though the permit for the zones still remains in the constitution.

The Employment and Economic Development Zones, known as ZEDE, were promoted by his predecessor Juan Orlando Hernández, who was extradited to the United States on April 21 to face drug and arms trafficking charges.

Critics feared that the areas could become small, quasi-independent states, exempt from import and export taxes, capable of establishing their own internal forms of government, as well as courts, security forces, schools and even social security systems.

Castro called the repeal “historic” and said that “we are recovering our sovereignty” in Honduras. His government said that he did not want to destroy what had already been built, but that changes were coming.

“We are going to work hand in hand to do things responsibly because it is not about destroying what has been built,” said Rodolfo Pastor, a member of Castro’s cabinet. “With those who are already there, there will be a dialogue because autonomous zones will not be allowed.” He said a committee would be formed to work with the existing zones.

Three of the zones already exist; perhaps the most ambitious is a 23.47-hectare (58-acre) development called Próspera on the Caribbean island of Roatán, promoted by American right-wing liberals. with plans to build modernist buildings designed by the architectural firm Zaha Hadid.

In a statement just before the repeal vote, Próspera’s backers said they have “every intention to continue confidently with plans to invest hundreds of millions of dollars and create tens of thousands of good-paying jobs in Honduras, under their rights acquired under the ZEDE regime.”

“For the State of Honduras to deny these rights would clearly violate its obligations under international and national law, in accordance with well-established legal principles,” the statement said.

After the repeal, Joel Bomgar, state representative from Mississippi and president of Próspera, said that Honduras has a brighter future with Próspera there.

“All that is needed is for Honduras to honor its international commitments,” he said. “Próspera arrived in Honduras with the best intentions to invest and generate opportunities, based on legal commitments assumed by each party, and that intention and those commitments remain.”

Another zone, a sprawling agro-industrial park called Orquídea, near the southern city of Choluteca, is also moving forward, but more prosaically. It is characterized by rows and rows of massive greenhouses producing peppers and tomatoes for export.

“Right now we are all in a limbo, but the important thing is to listen to the government to see how it can be supported in the process that is being carried out,” said Guillermo Peña Panting, technical secretary of Orquídea Group.

“We have to have an open discussion to see what it is willing to do or create, because what we want is to continue contributing to the economy and developing what we have been doing in a serious and responsible way,” he added.

Part of the uncertainty is due to the fact that the authorization for the ZEDEs remains in the Constitution even though the law to govern them has been repealed.

Congress and Castro have moved to remove that text from the constitution, but that would require a second vote by a new congress next year.

Political analyst Raúl Pineda Alvarado said that the now repealed law was the most controversial part of the legal framework.

“That organic law had provisions that went beyond the constitutional reform,” said Pineda. “Things were approved (in the law) that exceeded the regulations and the ability to generate privileges and prerogatives that the Constitution indicates.”

The law said the zones had to comply with most Honduran constitutional principles and international human rights agreements, but critics argued that they essentially created a separate state within a state, undermining the country’s sovereignty. 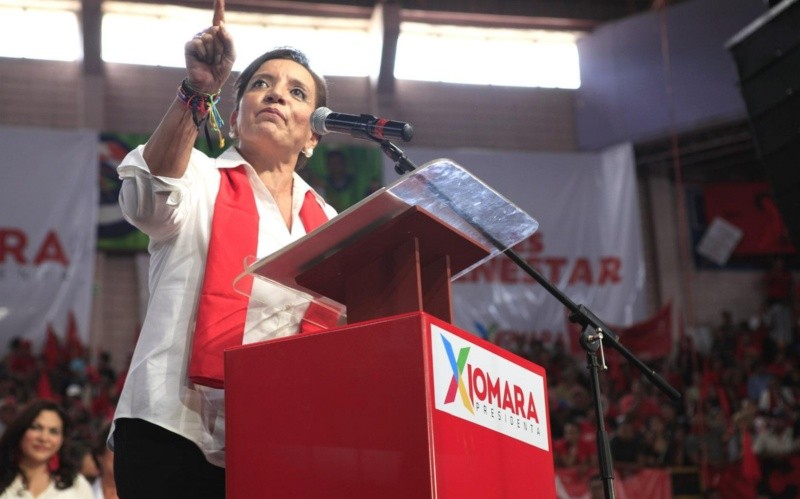 President Xiomara Castro, who took office in January, campaigned against the law. AP/File

A 21-member “best practices” committee was created to oversee and help regulate the zones with an eye toward creating a business-friendly environment.

The Center for Strategic and International Studies, A Washington-based think tank wrote on Wednesday that there was no way for the Honduran government to end the ZEDE overnight. And if it continues with the complicated attempt to unravel the initiative, “investors have a series of legal mechanisms at their disposal.”

“The Castro government’s support for the repeal of the ZEDEs will likely deter future investment in Honduras – certainly in the ZEDEs – but also investment outside the ZEDE framework, and risks turning some of the criticisms expressed by opponents of the ZEDE regarding job creation in self-fulfilling prophecies,” the analysis said.

Meanwhile, the Office of the United Nations High Commissioner for Human Rights in Honduras applauded Castro’s cancellation of the zones. Last year, he had warned that the ZEDE “could imply serious risks to the fulfillment of the general obligation of the State of Honduras to respect and guarantee the free and full exercise of the rights of all inhabitants, without discrimination.”