Of the 37,585 students enrolled at the national level in the Benito Juárez Welfare Universities, promoted by the federal government, only 182 study in Jalisco.

The purpose of the program is to contribute to social welfare through the operation of universities in highly marginalized municipalities, where “free and quality” higher education services are provided. There are no admission exams, but rather a diagnostic assessment of the applicants, who then receive a scholarship of 2,450 pesos per month.

However, in Jalisco the lag is notable: there are three venues with one race each. In Ayotlán the Bachelor of Engineering in Agrifood Processes is taught, in Tecolotlán they study Environmental Engineering for Sustainability and in Tomatlán there is Engineering in Sustainable Regional Development.

In 2019, 123 students were registered, so the enrollment only grew by 59 students in that period. Besides, there are other municipalities with higher poverty rates, such as Mezquitic or Bolaños, but the program has not yet been expanded.

Jalisco, Colima and Nuevo León have the lowest number of beneficiaries.

The low coverage of the Welfare Universities has caused Ricardo Villanueva, rector of the University of Guadalajara, to criticize the cutbacks that public universities have had. “There are 14 billion pesos that have been taken from the country’s universities, nothing else in the extraordinary bag (with the reduction and disappearance of federal funds)”. That is why he questions that the extraordinary scholarships that the university received in past six-year terms should not be increased to increase enrollment in the universities that have their consolidated headquarters and with the best results.

At the beginning of the present federal administration, the Ministry of Public Education (SEP) set itself the goal that the Benito Juárez Universities for Welfare program would reach 300,000 students, but the annual objectives are systematically not met. There are also observations from the Superior Audit Office of the Federation regarding the operation of the schools. 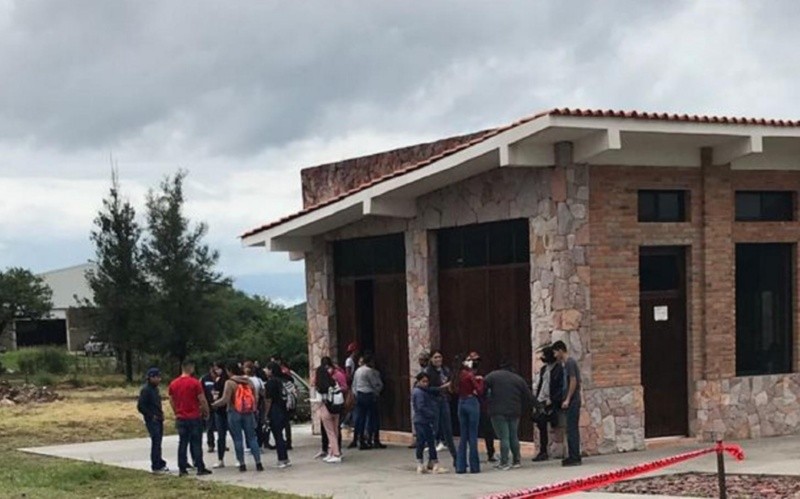 Jalisco is one of the states with the fewest beneficiaries, despite the municipalities with high poverty rates. SPECIAL/coalitionUBBJG

The Wellness Universities fall short of their goals

In May 2019, the Ministry of Public Education (SEP) reported that The goal of the Benito Juárez Universities for Welfare program was to incorporate up to 96,000 students in the first year, and reach 300,000 students throughout the current six-year term in 2024. However, until the school year that began in August 2021 there were only 37 thousand 585 enrolled students.

The Secretariat stressed that the main objective of these universities is to contribute to social welfare and equality in municipalities with high and very high marginalization to provide free and quality higher education services to young people with a high school diploma, who do not have the possibility of entering the existing institutions.

To enter these universities, applicants do not take an admission exam, they only comply with a diagnostic assessment. The young people who are accepted later receive a scholarship of two thousand 450 pesos per month.

According to the Public Account 2021 of the Coordinating Body of the Benito Juárez Welfare Universities, during the past year there were difficulties with the authorization and budget adjustments, “due to the guidelines and the Republican Austerity Law.”

At the beginning of this year, the request for the authorization of the expansion of the organic structure was reiterated, which had 24 authorized positions, of which only five correspond to the administrative area. “Unfortunately, the structure remained intact, the authorized one remaining in 2019, so the agency is limited in some actions, mainly due to lack of personnel.”

Despite this, since that year the preparation of complete study plans for all careers, basic academic procedures for the selection and integration of academic personnel, among others, has been applied.

The Benito Juárez García Welfare Universities have 1,063 teachers throughout the country. 37 university careers have been registered with the General Directorate of Professions of the Ministry of Public Education. It has 145 educational centers in 31 states of the country. In Jalisco it is in three municipalities: Ayotlán, Tecolotlán and Tomatlán.

They started in borrowed seats

At the beginning of 2020, the Benito Juárez Welfare Universities located in Jalisco (Ayotlán, Tomatlán and Tecolotlán), did not have their own headquarters. The buildings were not yet built.

The students, who at that time were already in the second semester, took classes in places provided by the municipalities, such as houses of culture and campuses of other schools.

“The civil work has, maximum, a month that started. Despite the fact that they were supposed to spend the allocated money before December 31,” reported Ricardo Ramírez, municipal president of Tecolotlán that year. They asked that council for complementary works: drainage, drinking water and soil studies, which have already been carried out. So that around 40 students could take classes there, the municipality lent the facilities of the house of culture, as well as the necessary equipment. And to hire those who carried out the work, two committees made up of parents and students were appointed.

In Tomatlán the situation was the same: the subjects were taught in a secondary school. Mayor Jorge Luis Tello explained that the city council donated the land and lent the place to enable classes while the university was ready.

“There were many (students), but they have been deserting because they saw that there was no building,” he said.

According to the Official Gazette of the Federation, “each campus will have a maximum of two buildings capable of housing a total of 1,280 students.” 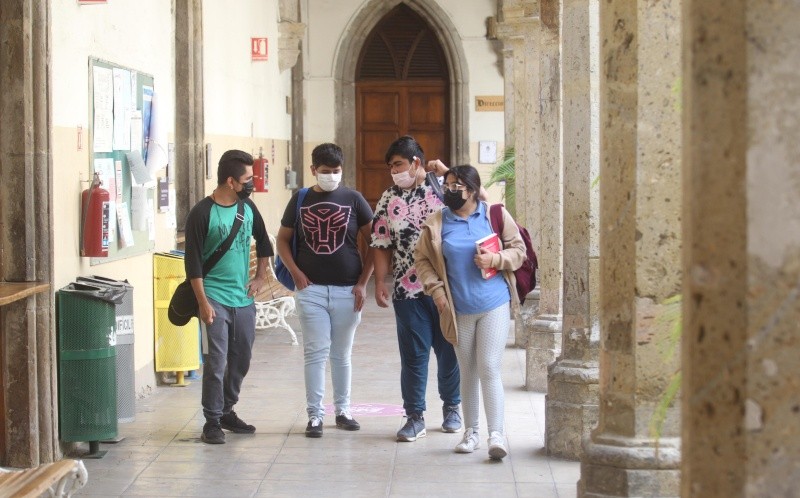 The proposal is to reach 300 thousand students throughout the current administration. THE INFORMER/G. Rooster

According to a diagnosis made to the Program of Universities for Well-being, at the beginning of the current federal administration, the country faced a serious problem of educational exclusion at the higher level at all levels in 2019. “The discrepancy between the number figures of requests and number of cases exceeds forty percent and, in the extreme case, eighty-eight percent”, it was reported.

According to a review of educational statistics for the 2019-2020 school year, only half of those who aspire to pursue university studies enter the country, on average. Half or more of those who request to enter higher education do not achieve their purpose in public and private institutions.

It is pointed out that there is also a significant discrepancy between the places offered; that is, the spaces available in certain races and the places occupied. On average, 21% of spaces become vacant each year.

“This situation allows us to specify the scope, depth and seriousness of educational exclusion in the higher type: public institutions report that they are saturated and cannot include more students.”

In the case of Jalisco, in that school year 72 thousand 069 applications for new admission were received, but only 27 thousand 526 obtained a space in some of the public and private universities of the Entity, in general terms.

The multiplication of excluded people, they add, shows that the methodologies used to increase coverage have been insufficient and, to a great extent, failed. “The largest public institutions of higher education de-escalated the growth of enrollment as of the year 2000.”

That date, they point out, coincides with the growth of private higher education. “The educational authorities of the country very lightly facilitated the creation of private institutions endowed with the privilege of issuing certificates and professional titles based on online, open and distance education systems, with increasingly higher costs and more ambitious marketing.”

Due to this, the federal government launched this educational program, which projects to reach an enrollment of 300,000 students at the end of the six-year term, although it is currently well below that figure.

Since the first year of operation of the Universities for Well-being, the Superior Audit of the Federation (ASF) detected a series of anomalies, which were reported in the performance audit: 2019-0-11100-07-0114-2020114- DS. The results showed that, in 2019, the Coordinating Body of the Universities and the Ministry of Public Education (SEP) presented deficiencies in the design of the program due to the fact that the guidelines did not accurately identify the potential, target and beneficiary population. In addition, the agency did not georeference or quantify the target population of the program, alternative sources of income were not identified to achieve greater self-sufficiency, nor were coordination mechanisms established between Federal Government agencies in order to avoid duplication in the use of resources.
In the first year, it received 100 applications to obtain the program subsidy, of which 95 were for the construction of educational centers and five for the rehabilitation of infrastructure. It is required that only 21 met all the eligibility requirements established in the guidelines. However, the agency granted 100% subsidies for an amount of 828 million pesos.
It found that 47 of the 100 universities established in the first year were in communities and municipalities with between 15,000 and 45,000 inhabitants; 37 were located in municipalities with high and very high marginalization; 33 were located in regions with the presence of native peoples, and 46 were located in regions that lacked the offer of higher education.
“The agency did not focus on the installation and/or rehabilitation of the Benito Juárez Welfare Universities in the communities and municipalities that it defined as a potential population, so there is a risk that the objective of the program will not be met.” 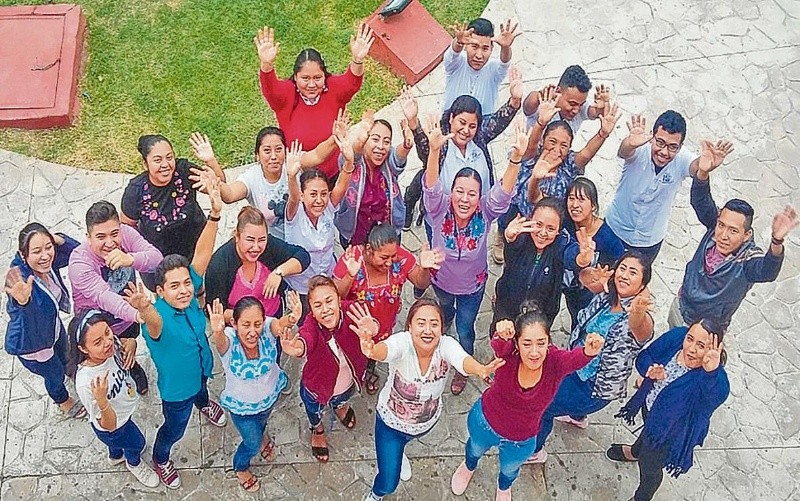 The objective of these spaces is to provide opportunities to young people from marginalized communities. SPECIAL

The Benito Juárez García Universities for Welfare began operating in 2019 and its creation decree was published on July 30, 2019 in the Official Gazette of the Federation.
The objective is that the educational venues are in localities with 15,000 to 45,000 inhabitants, with the characteristic that more than half of the population is in conditions of moderate and/or extreme poverty, and that they lack sufficient public or private higher education institutions. In the document of the Third Federal Government Report, it is reported that these universities provide educational services to applicants who have been excluded from their right to pursue higher education. “In addition to contribute professional knowledge for the development of communities and municipalities in conditions of backwardness and situations of violence”.
This model proposes the solution of problems that communities face in their survival. “Educational access is for any student who has completed their high school, without economic, academic, social or geographical conditions.” In addition, it primarily serves the sectors of society that have been marginalized from education, such as rural areas with a high presence of indigenous peoples and the Afro-descendant population.

What do you think of the federal program?