The US central bank applied the largest rate hike in 22 years: how it hits Argentina 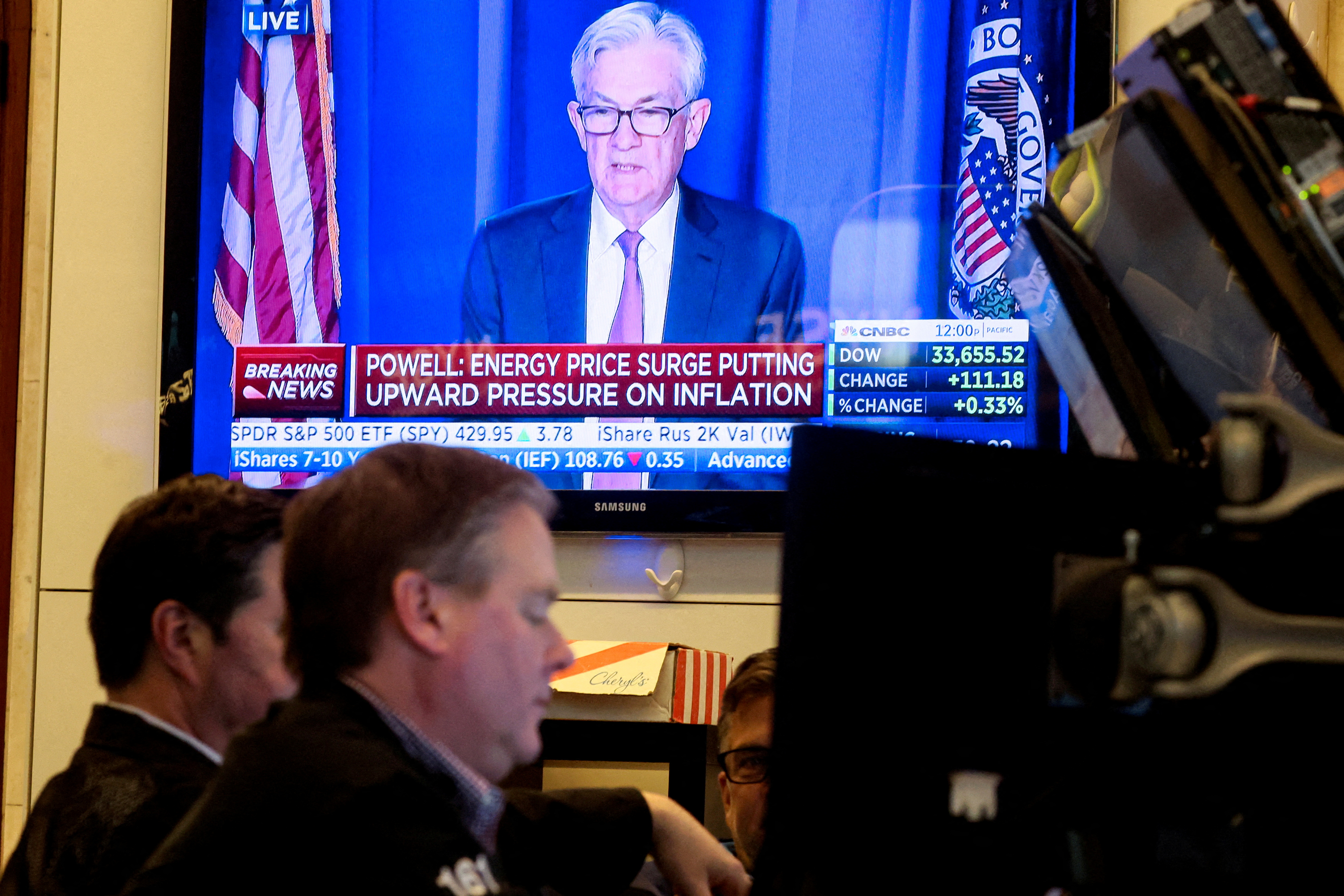 Market operators assess the scope of the rate hike in the US.

In addition to accelerating the rate of adjustment in the monetary policy rate to 50 basis points and bringing it to 1%, the US Federal Reserve announced on Wednesday the start of the reduction in its balance sheet.

The high inflation in the US and the Russian invasion of Ukraine hastened the time for monetary tightening, since the conflict gave rise to an additional rise in the price of raw materials and the consequent inflationary pressure.

Year-on-year inflation in the United States was 8.5% in March, the highest in 40 years, mainly driven by fuel prices, which have spiked especially with the war in Ukraine. The monthly rise in consumer prices was 1.2% in the third month of the year.

In this context, the US Federal Reserve raised interest rates half a percentage point and announced the start of the reduction of its balance of 9 trillion dollars, at a time when central banks intensify their efforts to reduce high inflation.

Those responsible for the monetary policy of the Fed advanced this year a decision for the target interest rate in the short term to a range between 0.75% and 1%, which is complemented by the implementation of a plan to cut its portfolio of Treasury bonds and mortgage-backed securities of up to USD 95 billion per month.

How does it affect the Argentine economy?

The rate response in the US responds to this greater inflationary pressure -which immediately covers all countries- due to the escalation in prices of raw materials due to the war unleashed in Ukraine, but the initiative has a global scope and therefore covers to emerging economies such as Argentina.

1) It moderates the increase in prices of raw materials. In this case, the impact for Argentina has been discounted on the foreign trade side, practically with a neutral effect. While the international prices of the country’s main exports – grains and industrial derivatives – returned to their highest levels in a decade, energy prices also rose, which makes up an important part of the national import basket.

According to the Exchange Balance of the BCRA, at the end of the first quarter of 2022, the rise in agricultural prices provided extra income for some USD 1,303 million more than in the first quarter of 2021 (sectoral exports for USD 8,684 million against USD 7,381 million last year), compared to an energy deficit of USD 1,049 million in the same period, due to Argentina’s dependence on imported gas.

The prices of exportable agricultural products, at maximum levels in a decade, could be reduced by the strengthening of the dollar

2) Capital outflow and less credit. By validating higher rates, the Fed underpins the strengthening of the dollar with respect to other currencies, since the higher financial yields in the North American system attract capital to the United States. In tune, the Fed encourages in a certain way an outflow of capital from emerging markets, where they had been redirected to take advantage of rates higher than those of the United States.

Although the Argentine government is excluded from the possibility of placing debt abroad, due to its high country risk of 1,800 basic points, the higher cost of credit harms Argentine companies, which still participate in financing in international markets.

“Looking outside, the market was expecting a rise of half a point in the US reference rate and this explains the different interpretations made of this variable in the US. Meanwhile, on its own, everything goes through the perception of risk and in a generalized framework of asset sales in emerging markets, which goes beyond the Argentine idiosyncrasy”, commented Santiago Abdala, director of Portfolio Personal Inversiones.

3) Devaluation pressures. A stronger dollar is correlated with greater weakness in emerging currencies. The two main trading partners of Argentina, China and Brazil, may register a depreciation of their currencies, the yuan and the real, and indirectly exert pressure to devalue the Argentine peso more quickly, when the domestic economy suffers -due to its own factors- one of the highest inflation rates in the world.

In other words, the initiative of the US central bank has a collateral effect at the domestic level, with scarcer dollars -despite the still high international prices- and devaluation pressures for the punished peso.

4) Relief against inflation. As the rise in rates responds to the fact that the United States is going through the period of highest inflation since 1982, in the range of 8.5% per year, Argentina could also receive a partial benefit in terms of prices.

It is that from the inflationary point of view, a possible drop in the prices of tradable goods and services derived from the strength of the dollar will help Argentina from this front of foreign trade. Therefore, indirectly, a rate hike that contains such increases will help reduce the inflationary effect of products -finished goods, parts, supplies- that are imported by our economy.

5) Recessive threat. Higher financial yields due to the rise in reference rates also carry a recessionary risk, by making credit more expensive. The Fed will have to manage a delicate “fine tuning” to attack inflation without completely curbing the economic expansion, which persists on a growth path now that the restrictions due to the COVID-19 pandemic have been overcome. For Argentina, the domino effect of an economic contraction in the US, which represents 25% of world GDP, will be unavoidable, since it will have an immediate response in Latin America.

6) Downside pressure for stocks and bonds. So far this year, Wall Street has acknowledged receipt of the Fed’s rate hike projections, and a succession of cuts in stock and bond prices have followed. In 2022, the technological Nasdaq falls 19%; the S&P 500, 12%, and the Dow Jones average, 9 percent. If the falls extend to the rest of the year, it is likely that the prices of Argentine financial assets will also suffer.

“Beyond a rise of 50 points in the rate, operators are very attentive to the Fed’s signals regarding the monetary strategy, especially after coming reflecting a more hawkish (restrictive monetary policy) that quickly shot up Treasury bond yields,” Gustavo Ber pointed out.

If the US economy slows down due to more restrictive policies, it will harm the activity levels of the countries of the region

“The interpretation of the signals given by the Fed will be crucial for the appetite for global risk, and hence the dynamics of local assets that have been accompanying the ups and downs of emerging markets, since they could face a more challenging external context from the fund vacuum cleaner that the US would become”, added the head of the Ber Study.

Balanz Capital experts also pointed out that “with the reduction in the balance sheet we should expect a restriction in financial conditions in addition to that generated by the rise in the monetary policy rate of the Federal Reserve, and with this greater pressure on the asset prices. However, we believe that the duration and magnitude of the adjustment in the monetary policy rate will have a more relevant impact on asset prices in the short term than the reduction in the balance sheet. per see”.

Record “solidarity”: the dollar used to save, pay for Netflix and consume abroad with a card reached $200Markets: the Buenos Aires stock market falls, behind the external trend attentive to the announcement of Fed ratesFinancial dollars fell with the improvement in the bonds that are used to buy them from an almost default valueThe companies advance with “preventive” price increases in the face of the shortage of dollars and energyThe extra dollars from the field did not compensate for the greater outflow of foreign exchange due to the rise in gas prices